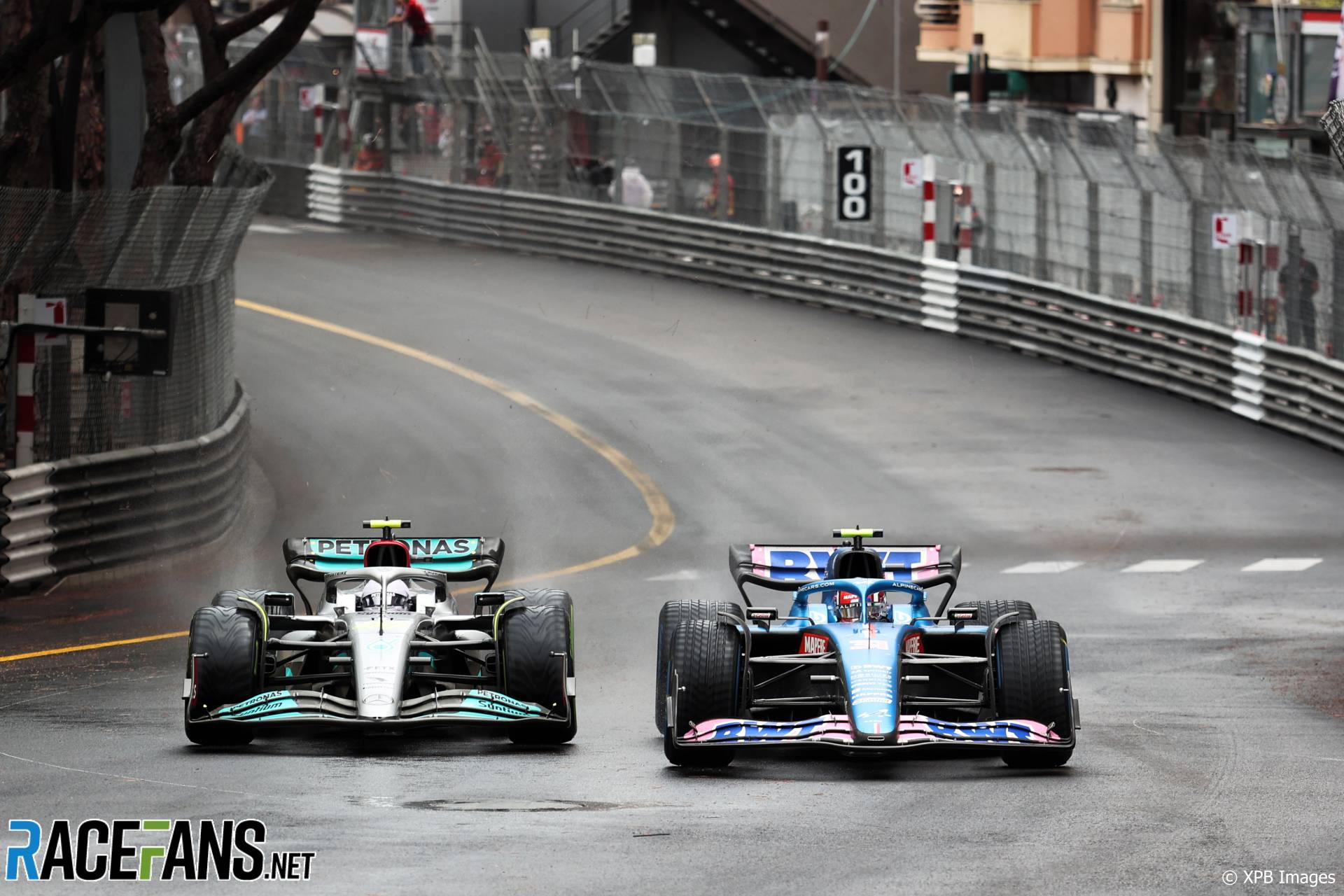 Esteban Ocon says he doesn’t remember drivers agreeing that certain racing incidents should be handled differently after he was penalised for a collision with Lewis Hamilton during the Monaco Grand Prix.

The Alpine driver was given a five-second time penalty for making contact with Hamilton on the approach to Sainte Devote. The sanction dropped him out of the points-paying positions at the end of yesterday’s race.

During the off-season F1 issued new guidance on how incidents involving drivers are judged by the stewards.

“Apparently we all agreed as GPDA [Grand Prix Drivers’ Association] that as soon as there is a front wing next to a tyre, there should be space. But I don’t remember when this has been agreed.”

The stewards’ guidance states drivers must give room to a rival if they are attempting to overtake on the inside providing the driver has a “significant portion of the car alongside the car being overtaken.”

Ocon was penalised because the stewards ruled Hamilton was far enough alongside him to be given space.

“There was a significant portion of car 44 [Hamilton] alongside car 31 [Ocon] and therefore applying the 2022 driving standards guidelines, car 44 was entitled to racing room in turn one.”

However Ocon said it’s impossible for a driver to make a pass in Monaco without some contact being made.

“I was just covering the inside, the inside line was wet, Lewis was on faster tyres. And any overtakes that have been made in Monaco, there was contact. You can’t list one in the last couple of years that there’s been no contact or lift track or anything.

“So we tried hard, we raced hard, obviously there was a bit of contact, but that should be a racing incident and it’s a bit frustrating.”

Ocon was also given a penalty point on his licence, which puts him on a total of four for the last 12 months.