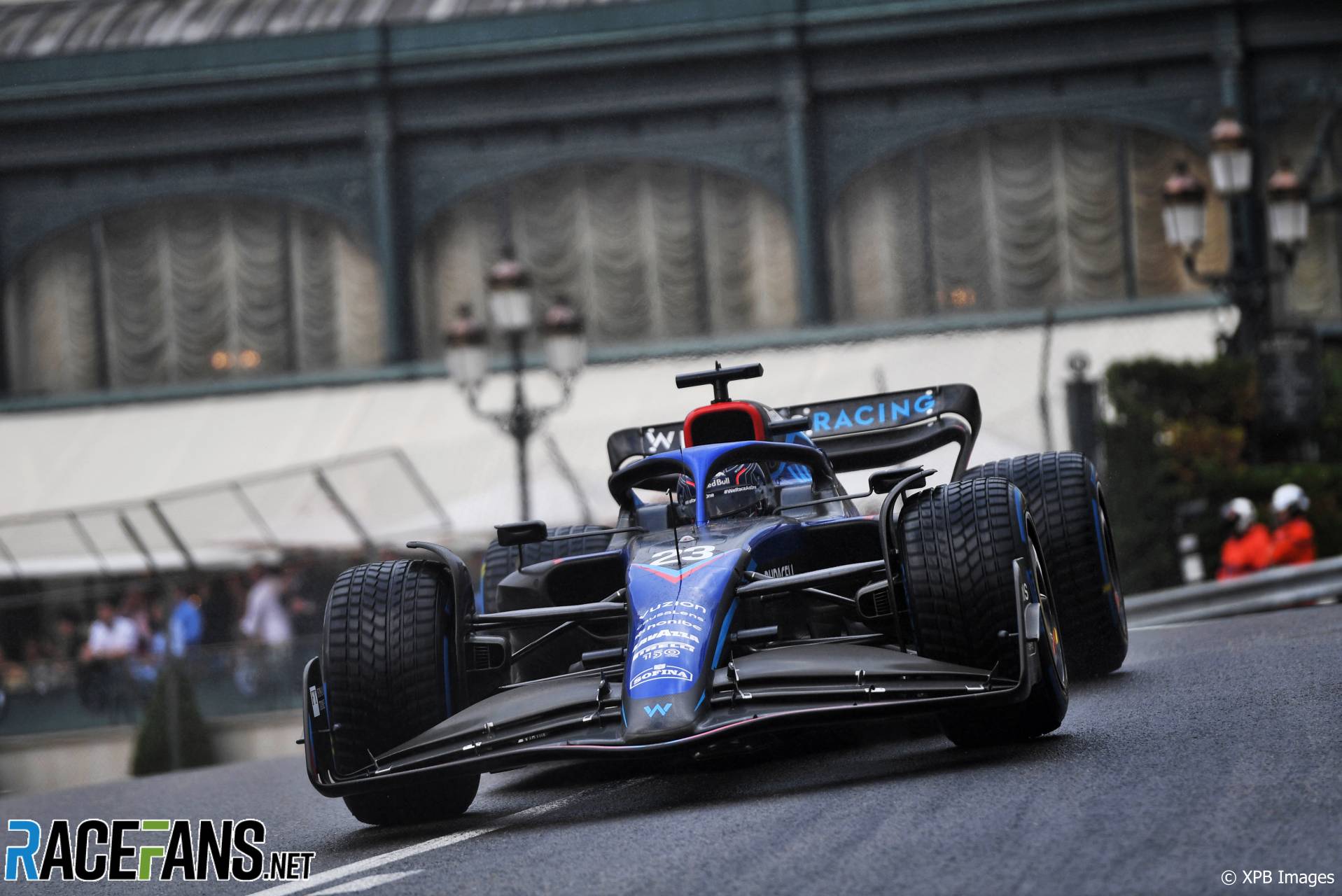 Alexander Albon has explained why he infuriated Charles Leclerc by refusing to let the Ferrari driver lap him at a crucial moment during the Monaco Grand Prix.

The Williams driver emerged from the pits in front of Leclerc on lap 18. Albon had switched to slick tyres while the former race leader had put intermediate rubber on two laps earlier.

Leclerc caught Albon at Massenet, but despite a series of blue flags around the rest of the lap, Albon refused to let him by. The Ferrari driver became increasingly frustrated, exclaiming “Come on! What the fuck?” on his radio as he followed the Williams.

As the next lap began Albon’s race engineer began telling him to Leclerc past. But the Williams skidded off the track at Sainte Devote anyway, which allowed Leclerc by.

Albon defended his refusal to make way, saying his slick tyres meant he would have quickly been able to re-pass Leclerc had he let the Ferrari through.

“It’s tricky because we went out on slicks and we had a massive pace advantage,” Albon explained. “It would take three corners to let him past and then I would have been straightaway quick enough to re-overtake him again.

“You get into a position where, in my eyes, for both of us, it was quicker if I just stayed ahead, because I would have pulled away pretty much straight away. So that’s it really.

“It’s one of those awkward situations. But in my eyes it was a bit like if we let him right past we’re going to overtake him straight back again.”

Despite his error and later retirement with a technical problem, Albon was pleased with his car’s performance.

“Honestly, our pace was good enough and I wasn’t just driving it like qualifying,” he said. “I was managing everything and I was feeling strong with the car.

“So we do have positives and we know race pace is a positive for us. So as bleak as today was or the result was, I think it’s been a step forward for us.”

Albon picked up a five-second time penalty during the race for gaining an advantage over Mick Schumacher by cutting across the chicane. The stewards gave him a penalty point, which puts him on a total of four.