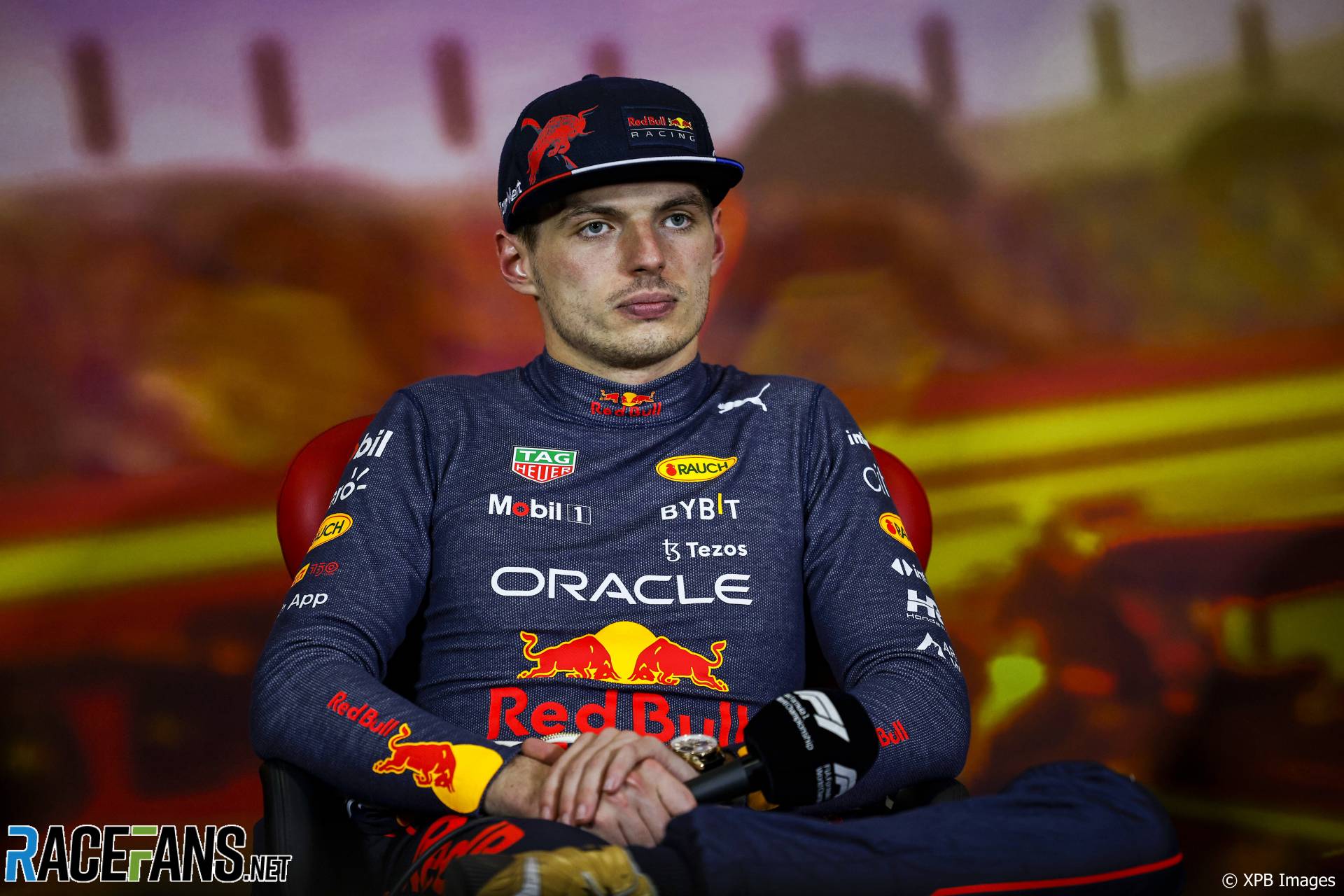 Sainz was the first of the pair to slide into the gravel on lap seven of the race. He was able to keep his Ferrari going but fell to 11th place.

Verstappen was next to go off in with an almost identical error at the same point on the circuit. Verstappen told his team on the radio a gust of wind was to blame.

“The first 30 laps were very frustrating for me after I went off in turn four first of all,” said Verstappen after the race. “It really caught me by surprise because I didn’t feel like I was actually braking later or throwing more speed into the corner.

“But it was very gusty out there today. One lap it felt all stable and then the next lap suddenly you could have more oversteer in places. So probably that caught me out, by surprise.”

Red Bull team principal Christian Horner described it as a “massive gust of wind” which “literally just drifted him wide into the gravel.”

Sainz said he had the same problems as Verstappen, and that conditions affecting the aerodynamics of his car were responsible for his spin.

“The car has been quite on the knife edge there in the corner for me, all weekend,” the Ferrari driver explained. “The combination of the dirty air of the car in front of us, a very big gust of wind, made me lose control of the rear and go into a spin.”

Red Bull first practice driver Jüri Vips had a similar spin into the gravel at turn four during the Formula 2 sprint race, which he blamed himself for on the radio saying that he was always “too aggressive.”