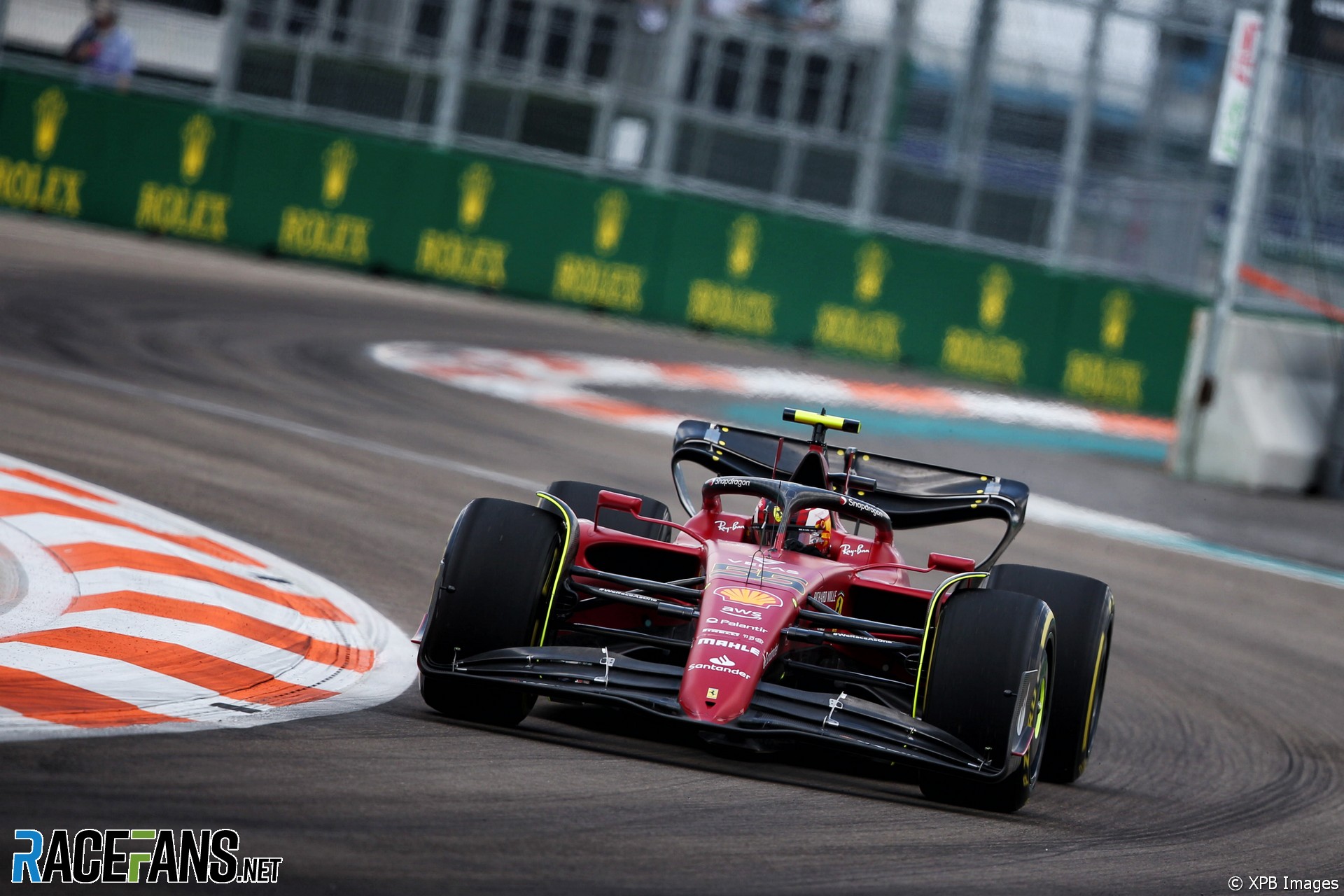 Ferrari’s performance in high-speed corners will make them strong opponents in the next round of the championship in Spain, says Red Bull team principal Christian Horner.

Red Bull came from behind to win last weekend’s race at Miami International Autodrome thanks to its superior performance on the straights. Max Verstappen was able to overtake Charles Leclerc and keep him at behind after a late Safety Car period bunched the pack up.

“I think we had just enough straight line-speed to be able to defend,” said Horner. “So I think we picked the right balance in terms of set-up and straight-line speed.”

The new technical regulations introduced for 2022 prompted the team to pursue performance on the straights, said Horner.

“Obviously it’s very different this year with the set-up,” explained. “There’s no rake in the car, essentially. So we’ve developed a car that has good straight-line speed and we’ve seen that in pretty much every race this year.”

However that advantage will be less of a benefit in the next race at the Circuit de Catalunya, which has only one significant straight and several medium-to-high-speed corners.

“Barcelona is a whole new challenge now,” he said. “High-speed corners, Ferrari’s strong in that area.

“So it’s horses for courses. This circuit suited us, we were able to make it work and thankfully got the result.”

Verstappen closed to within 19 points of championship leader Leclerc last weekend. Horner increasingly expects this year’s world championship fight to go down to the final races.

“There’s a long, long way to go,” he said. “I think it’s so tight with Ferrari. There’s been some great racing. You can see the there’s a great respect between Charles and Max. They’re enjoying racing each other, you can see that.

“I was rather hoping we weren’t set for another competitive year, like last year, but it looks like this one could well go all the way as well.”