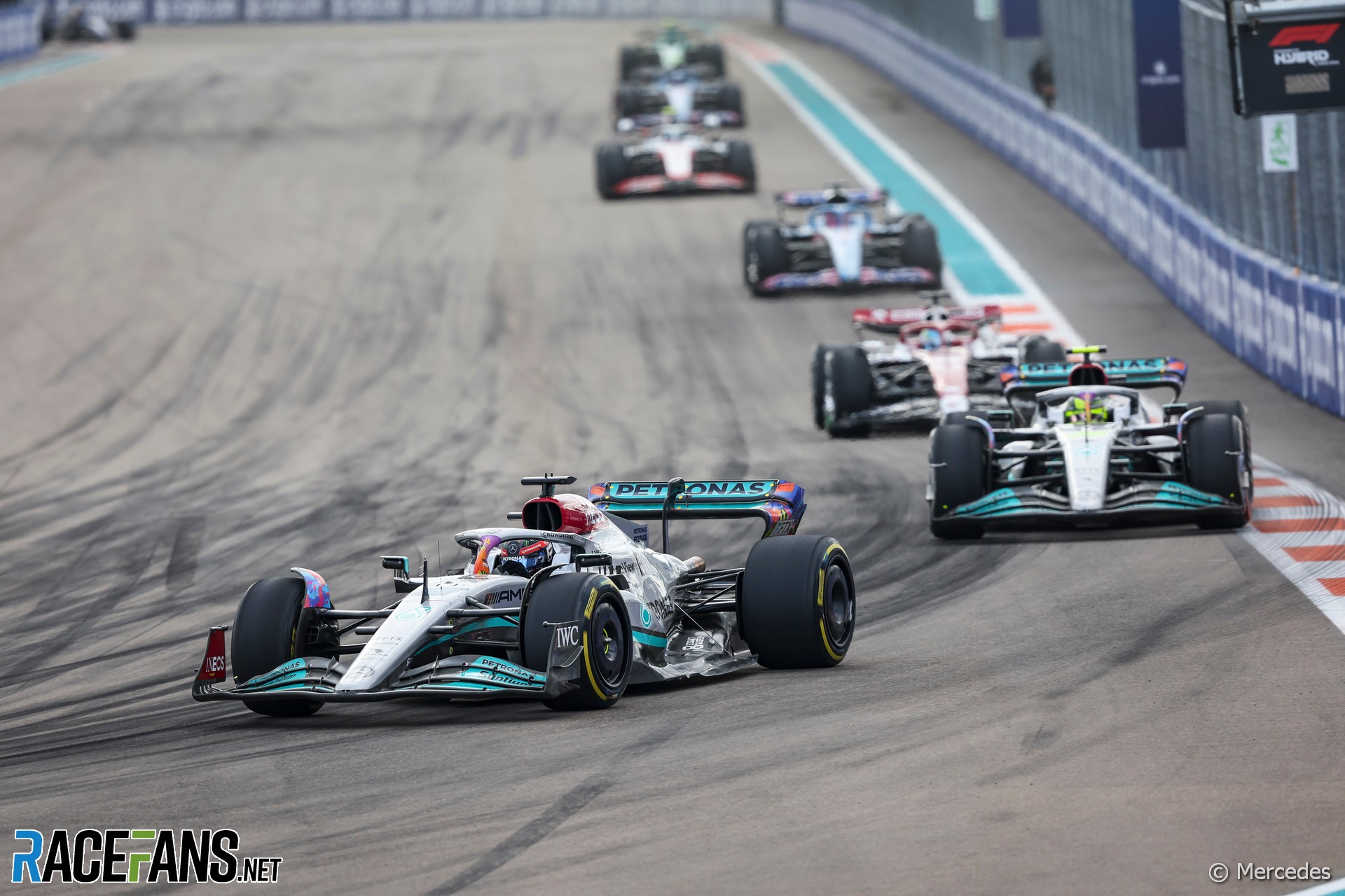 Mercedes team principal Toto Wolff says the team swapped the running order of its drivers in the Miami Grand Prix because it was told to by the FIA.

George Russell passed Lewis Hamilton for fifth place on lap 50 as the pair ran through turns 11 and 12.

However Russell put all four wheels off the track at one point as he did so. He later slowed and allowed Hamilton to re-pass him. Russell then passed his team mate a second time and went on to finish the race in fifth position.

Communications between the race director and teams became a point of contention last season. Wolff stated they did not discuss the incident with race control, but were given an instruction what to do.

“There was no dialogue with the FIA and I think that’s how it should be,” said Wolff in response to a question from RaceFans. “It’s the FIA coming back to us and saying ‘they need to change position’.”

After letting Hamilton by into turn one, Russell was told “you are free to attack now.” He re-passed Hamilton again at turn 11.

Russell said his brief scrap with his team mate had been “nice” and respectful.

“Obviously you’ve got to leave a bit more room when you’re battling with your team mate then you would do ordinarily,” he said. “That’s [a] corner where you can’t really judge where the edge of the track is – it’s just a white line.

“When they told me we had to swap positions, that is a little bit frustrating because I was catching the guys ahead at one point. But fortunately we all came home in one piece.”