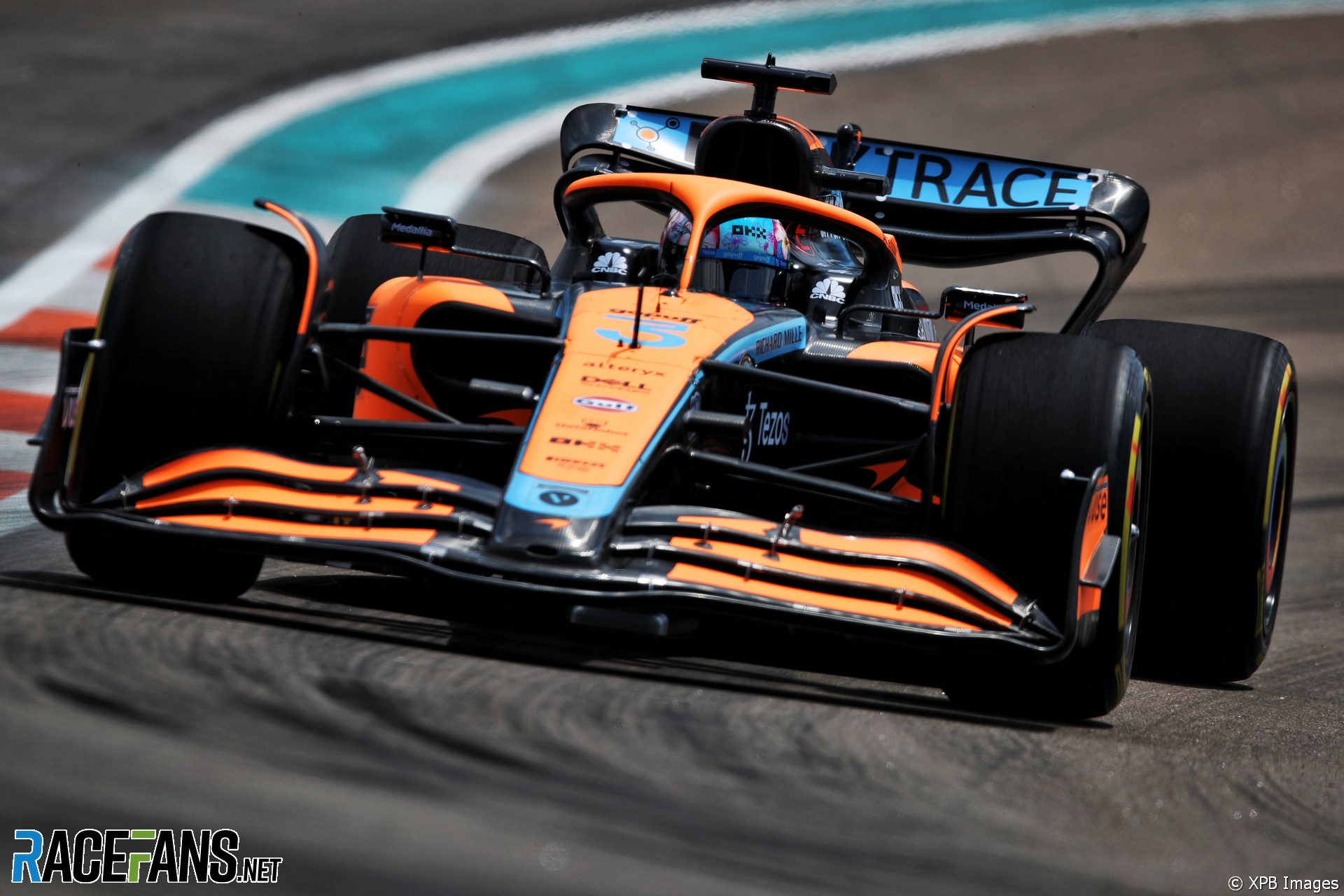 McLaren Racing CEO Zak Brown has stated emphatically that the team’s name will not disappear from Formula 1.

He confirmed it has held talks with Audi, which is looking to enter F1 in 2026. However Brown said he will not agree to a sale or rebranding of the team which contested its first grand prix 56 years ago.

“Our shareholders are very committed to McLaren,” said Brown. “We did have conversations with Audi and we’re not for sale.

“We’re very committed to our future. We’re doing really well on the track. The shareholders have made substantial investments to give our team the resources we need to get back to the front.

“Commercially we’re doing really well. Morale in the team is really good. We don’t have any interest in selling the race team.”

However Brown did not rule out the Mercedes-powered team becoming Audi engine customers in the future.

“We won’t consider a buy-out of McLaren,” he said. “It’s up to Andreas [Seidl, team principal] to decide what power unit he wants in the back of the racing car but any conversations around buying McLaren is a non-starter.”

The team’s fortunes have turned around since the middle of 2020, when it and the wider group were forced to make cuts as a result of the Covid-19 pandemic. It subsequently attracted significant investment from MSP Sports Capital.

“We’re in a really strong position and we weren’t 18 months ago,” said Brown. “MSP Sports Capital came in, invested. You all know the situation we were in 18 months ago and that now seems like a long time ago especially given the state of play now.

“Our terms for any partnership will be we retain ownership of the racing team and if anyone wants to have a conversation that’s different than that, then there’s no conversation to be had.”

12 comments on “McLaren will not turn into Audi F1’s team, says Brown”