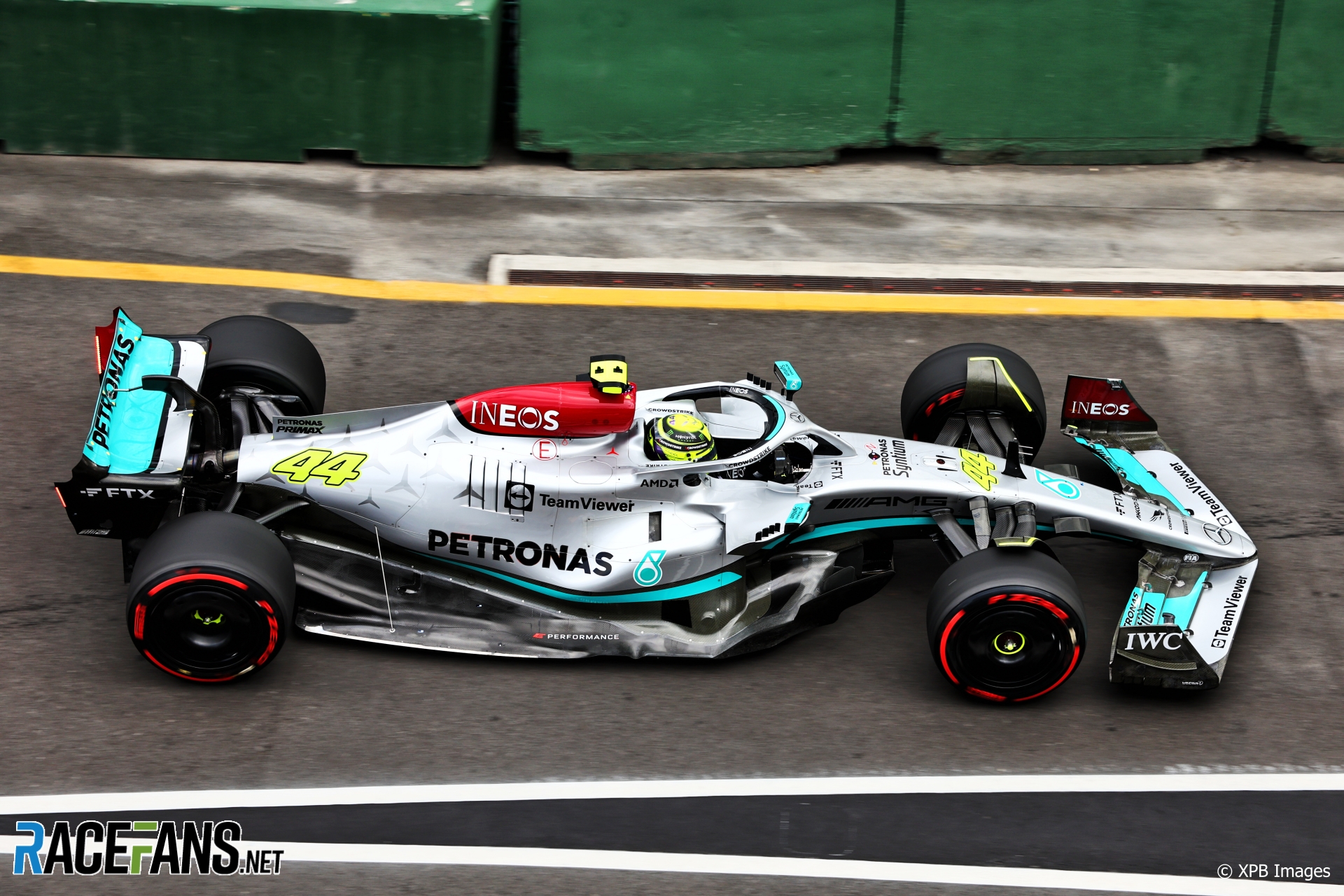 In the round-up: Mercedes are aiming to bring an upgrade to next week’s Miami Grand Prix which will help address the serious porpoising problems they have encountered since the season began.

Mercedes’ trackside engineering director Andrew Shovlin says the team hopes to begin addressing its porpoising problem with upgrades from the next race.

The team has been forced to compromise its set-ups because of the extreme bouncing its cars have experienced over the opening races. “We can’t run the car where we designed it to be run,” said Shovlin in a video released by the team. “We’re having to run higher ride heights and by running higher ride heights, it’s got less performance.”

Shovlin said they have focused on trying “to find “an aerodynamic solution that we can apply to the car that will make this problem go away.”

“Being realistic we think this will be something we approach in steps rather than one big moment where the whole thing vanishes,” he added, “but we are seeing encouraging signs as I said we are hoping to bring parts to the car soon, maybe even Miami where we can hopefully see progress on this issue.”

Hawkins: “It wasn’t like that 10 or 15 years ago, unfortunately”

Jessica Hawkins, who splits a role as driver ambassador to the Aston Martin F1 team with racing in W Series and in British TCR, told RaceFans that she thought her early karting achievements would have attracted more attention in 2022 than they did in the 2000s.

“I sometimes think obviously, females now are hot property and if there’s a fast one they get snapped up,” Hawkins said. “And I think had I achieved what I achieved, but 10 or 15 years later, I genuinely think it might be a different story.

‘I was British [karting] champion at a very young age, won loads of stuff in Europe in my teenage years. And had that been the case now, I think there would be people trying to get me to sign for things.

“But it wasn’t like 10 or 15 years ago, unfortunately,” she explained. “I don’t know – but I’m here now. I wouldn’t change a thing. Other than maybe make it a little bit easier.”

Alex Albon said that despite his long defence against Hamilton and Pierre Gasly around Imola, in what appeared to be a DRS train, the 2022 cars are still improved for close racing.

“I still think the cars are better for overtaking, better for racing,” the Williams driver said. “It’s just this track’s quite tricky. We only have one DRS point – of course, it’s not great to always have DRS overtakes, but this track’s hard.

“There’s not really a place where you can brake late and overtake it’s all quite quick, which stops the overtaking.”

It claims it is similar to adding another race given the associated checks, parc ferme requests and monitoring required. It is only prepared to proceed with the increase if it is adequately resourced.

News of Wittich and Freitas’s positive tests was relayed to teams at Tuesday’s controversial meeting of the F1 Commission in London.

Brown: 'We can easily double our hospitality and we're already the largest hospitality buyer in Miami... it rivals the Super Bowl as far as 'are you going to the Miami race?'.'

"But the people who live near the racetrack don’t want it there, either."

David Coulthard, Ted Kravitz, and Lee McKenzie – who have all presented W Series since the inaugural season in 2019 – will be joined by Alex Jacques, Billy Monger, Amy Reynolds, and Naomi Schiff, all of whom joined W Series’ broadcast talent team in 2021 when W Series began its partnership with Formula 1.

The presence of such a large range of important women in motorsport is crucial to supporting the organisation's missions: 'Having people like we do can help inform and support young girls. You can’t really get any better than that, because it provides direct answers to questions.'

Monaco is medium in terms of energy sensitivity and although the circuit is high speed, there are still areas where it is possible to save. The best places to lift and coast are in Turn One, through the tunnel before turn 10, and before turn 15. It is also possible to save energy in Turn Three but this requires caution because the entry is uphill.

"Residents told Royal Borough of Kensington and Chelsea (RBKC) Council that Hamilton would be 'destroying nature' if he cut down a sugarplum tree outside his home."

The lesson here is similar to 2009 Brawn. Style matching with cars matters. A lot. Even to world class drivers.

Early 2009 season favoured gentle style, with tyres and double diffusor being what it was out of the box. Late 2009, frankly, had Barrichello doing better than Button, when more aggressive style was necessary to make things work (tyres in particular).

So even across many seasons it can be difficult to really figure out who is “better”, or even what “better” really means at all.

So I watch racing because racing is cool, fun, and I am addicted to it in real life. I don’t worry about who is better.
Greasemonkey