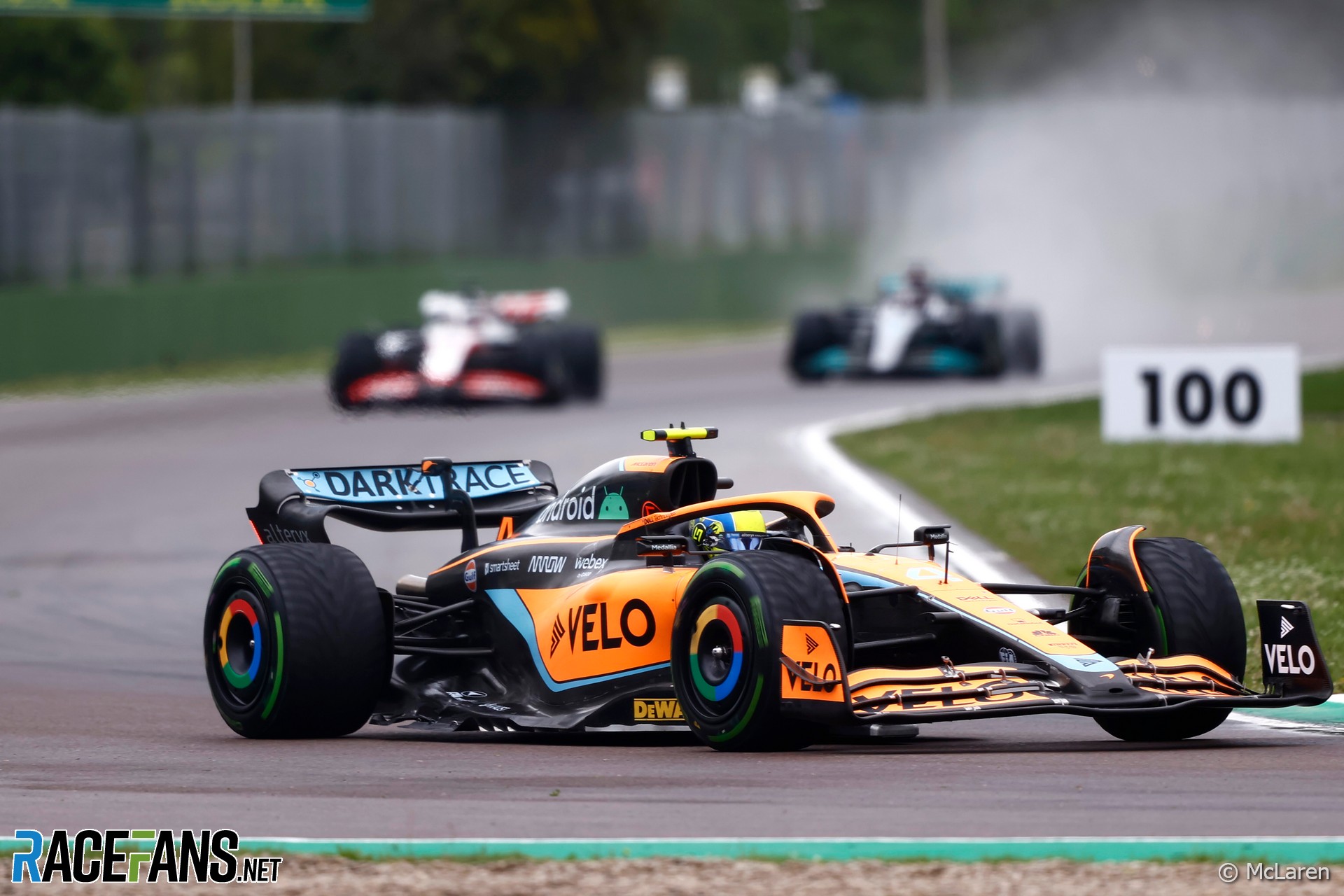 Following a tough start to their 2022 campaign, McLaren have steadily improved and scored a breakthrough podium finish at Imola. Lando Norris took third place ahead of Mercedes driver George Russell.

However Seidl said the team has to set its sights higher than leading the Mercedes-powered pack.

“I don’t take any pleasure by being, for a single weekend, in front of Mercedes,” he said. “Our aim when we wake up in the morning is to win races.

“We know we are not in a position to do that at the moment because we are not there yet in our journey of getting everything in place that we need in order to fight regularly for race wins. But that’s what we are focussed on.”

Norris took the chequered flag in Imola seven seconds ahead of Russell. However, Mercedes believe they might have been able to beat McLaren to the final podium place had they been able to successfully change Russell’s front wing setting at his pit stop.

“Given the difficulties we had in qualifying, given the fact that [Russell] finished the sprint race where he started, it was certainly a good effort on Sunday to bring the car home in fourth,” said the Mercedes’ head of trackside engineering Andrew Shovlin.

“We also had that issue with the front wing adjuster that meant he had the wrong balance. He was effectively driving a wet car balance in the dry. So, there is no doubt that was costing him performance.

“We are very pleased with the fourth place that he was able to achieve. Who knows what he could have done if he’d had the right car balance in that final stint? But he also did a great job to keep Valtteri [Bottas] behind.”