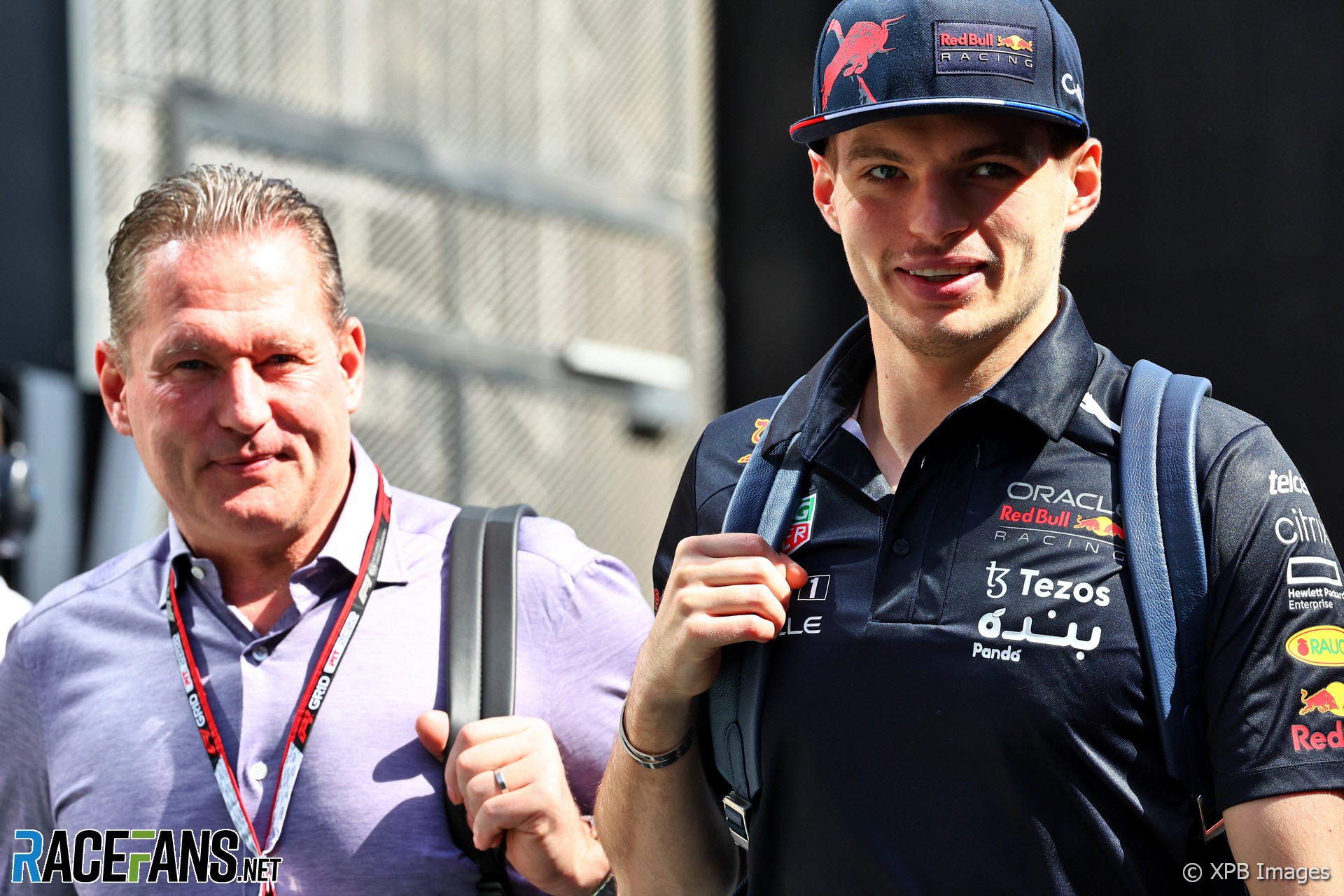 “Honestly, I did enjoy seeing Max lap Hamilton, after everything that happened last year,” the 50-year-old wrote on his son’s website. “Hamilton really had a tough time, whereas his teammate George Russel [sic] seemed to be more balanced. It’s not often you have the opportunity to lap a Mercedes.”

Hamilton and Verstappen went into the final round of last season tied on points after an increasingly tense championship fight between the pair of them.

Verstappen and his Red Bull team vehemently criticised Hamilton following a collision between the pair at the British Grand Prix. The stewards ruled the Mercedes driver was “predominantly” to blame for the tangle, which resulted in a heavy crash for the Red Bull driver, a verdict which “surprised” Verstappen.

Red Bull unsuccessfully petitioned the FIA to review the incident, seeking a harsher penalty for Hamilton, who went on to win the race. The team also criticised Hamilton for celebrating his victory after Verstappen, who had been seen standing beside his car after the crash, was taken to hospital.

The pair clashed again over the remainder of the season. Verstappen landed on top of Hamilton’s car in a collision at Monza, and was penalised for what Hamilton called a “brake test” in Jeddah.

Further controversy clouded the championship decider. The FIA confirmed last month Michael Masi, who was its F1 race director at the time, did not follow its regulations in arranging a final-lap restart, following which Verstappen passed Hamilton to win the championship.

Verstappen scored his second win of the 2022 season on Sunday, while Hamilton has not been in contention for victories.

“Max had an excellent weekend in Imola,” said his father. “I found him incredibly strong. He didn’t make a single mistake, was solid and completely in control.

“Red Bull clearly made a step in the right direction. Of course, we knew the car would get an upgrade in Italy, but with the weather conditions it was hard to make a comparison. But we can definitely conclude that we’ve become stronger.”

His son said lapping Hamilton during the race was of little consequence to him. “They’ve been slow all year so it’s not really a surprise,” he said.