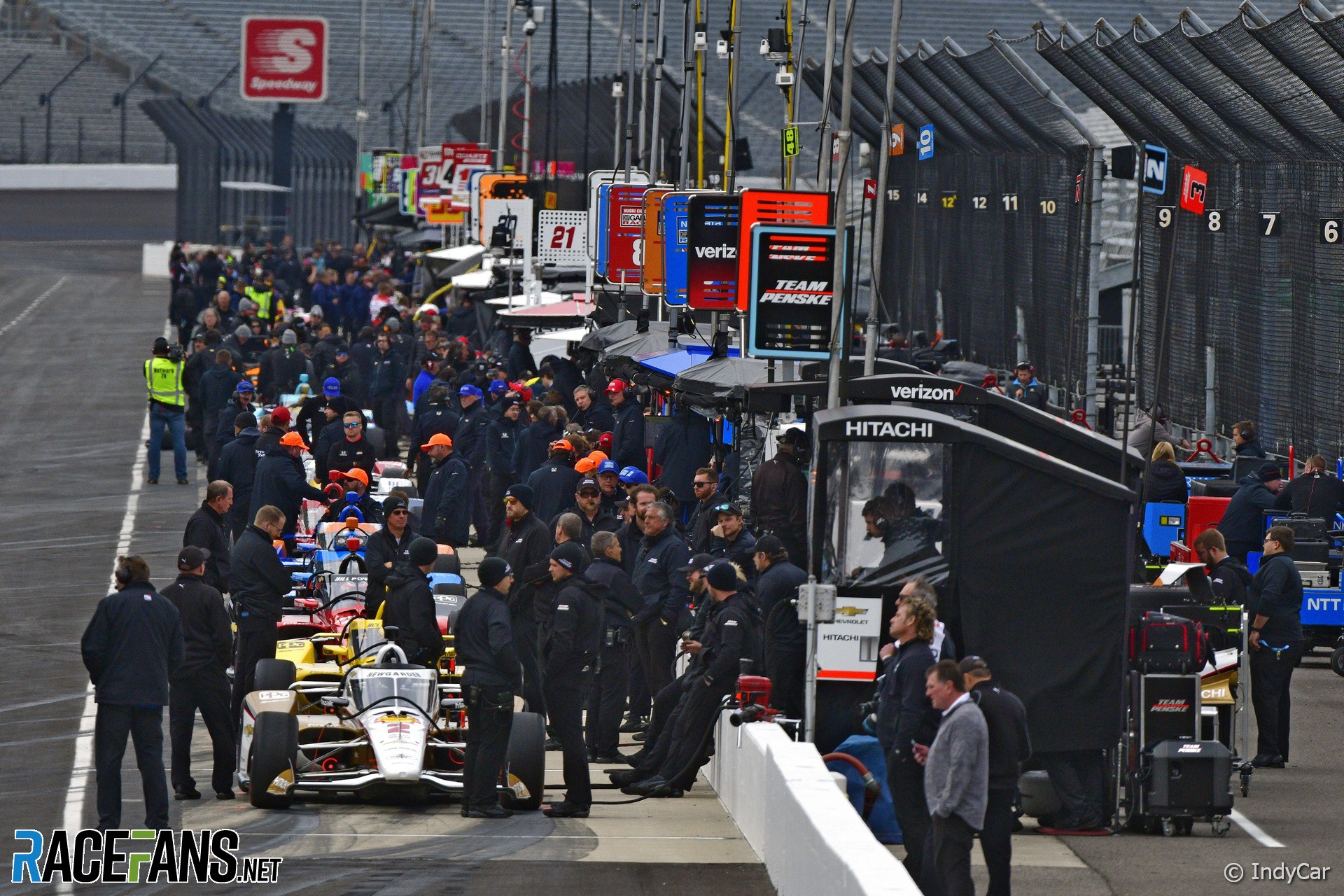 In the round-up: More points will be awarded for pole position for the Indianapolis 500 following a shake-up of the qualifying format.

The pole position winner for the Indianapolis 500 will earn 12 points this year – worth almost one-quarter of a regular race win – up from nine last year.

The structure of the two-day qualifying format has also changed. On Saturday the positions of the cars which will start from 13th back to at least 30th place will be set. The back row of three cars will also be determined if there are no more than 33 entries in the field.

If more than 33 cars are entered, the last three places and any bumped drivers will be decided in Last Chance Qualifying on Sunday. Later on the second day the Top 12 Qualifying session will decide the third and fourth rows of the grid. Finally the Fast Six session will determine the pole-winner and the five drivers closest to them.

American driver would be ideal for F1 – Stroll

Lance Stroll said that, looking toward the Miami Grand Prix, he was “really looking forward to it and I think it’s great for the sport, is great for Formula 1 and the American market.

“It feels like Formula 1 is doing great right now, the business is really building. So it’s exciting.”

Stroll, who is Canadian, has not had a home race since 2019. He said that “I think to have an American driver, that’s ideal for the US to increase their interest in Formula 1,” however, he added that “Canada’s my home race and will always be.”

McLaren CEO Zak Brown shed light on how he got started in motor racing in a talk he gave at the Oxford Union recently. Brown said he bought his first kart after speaking to Mario Andretti, using winnings from the teenage edition of game show Wheel of Fortune.

“We went back to the Long Beach Grand Prix in 1987 and got a chance to meet Mario Andretti, one of my heroes,” Brown said. “He’d won the race and I asked him, ‘how did you get started in racing?’ He said karting and there was an ad in the race programme.

“I had been on Wheel of Fortune Teen Week and won a bunch of ‘his and her’ watches, which I then went and sold at a pawn shop, bought my first go-kart, and that’s how I got started in racing.”

Despite his role as CEO, Brown said he regretted “not being fast enough in the race car” because “I’d much rather be in Lando [Norris] or Daniel [Ricciardo’s] suit, but I won’t fit in anymore.”

Andretti Formula E team principal Roger Griffiths said they have prioritised addressing their deterioration in performance on race days, when they tend to slip back following strong qualifying performances.

“The last couple of weeks have been very productive for the team in terms of understanding how the extremely fast pace of the car over a single lap in qualifying didn’t translate into a strong race result,” Griffths explained.

“While the race itself will be the ultimate test, there is a quiet confidence that if this new understanding is correct and combined with the strong qualifying potential of the car, this can offer a great opportunity for both drivers to deliver a good race result.”

Look what we have here at the @F1 @cryptocom Miami Grand Prix! 👀

Garage signs are up and freight is beginning to arrive this week! 👋 pic.twitter.com/rffAFLWTcl

Always look where you come from ☝🏻 In 2020 I had no contract , no drive , no sponsorship money. It was close to being the end of my racing career. pic.twitter.com/RHPM3DHIB1

Pourchaire opted for the right strategy on Sunday in Imola to cross the finish line first, thus taking a second win in 2022. He is the only driver with two victories this season. Now on 52 points, he is back at the top of the standings, two points ahead of Felipe Drugovich, having scored in only half of the races whereas the Brazilian has managed to score in every single one of them – the only driver to have done so.

I finished last year in Austin. I didn’t do the last race because of problems that I had. So, I haven’t done anything since Austin. I’ve been training physically and preparing myself but I haven’t been in a car, not even karting.'

Rasmussen: 'I really have to thank the opportunity that I get in WEC with Jota. (Joining Trident) does look like an easy choice, let’s say, but we had to discuss it quite a bit over a few days to be able to make the right choice.'

Red Bull says that the cause of many retirements is the vibration in the fuel system due to the porpoising but of course it is also essential to review every part of the hydraulic system and control. If these are resolved, Red Bull will take a big step forward.

As F1 teams back a move to press forward with six sprint events for next season, Robert says that the way to resolve confusion over naming of the pole winner may be to use reverse-championship order for the sprint race:

I believe that the sprint race can have a positive future in F1 but feel as if the format should be changed. I don’t like how quali and the main race is linked to the sprint race.