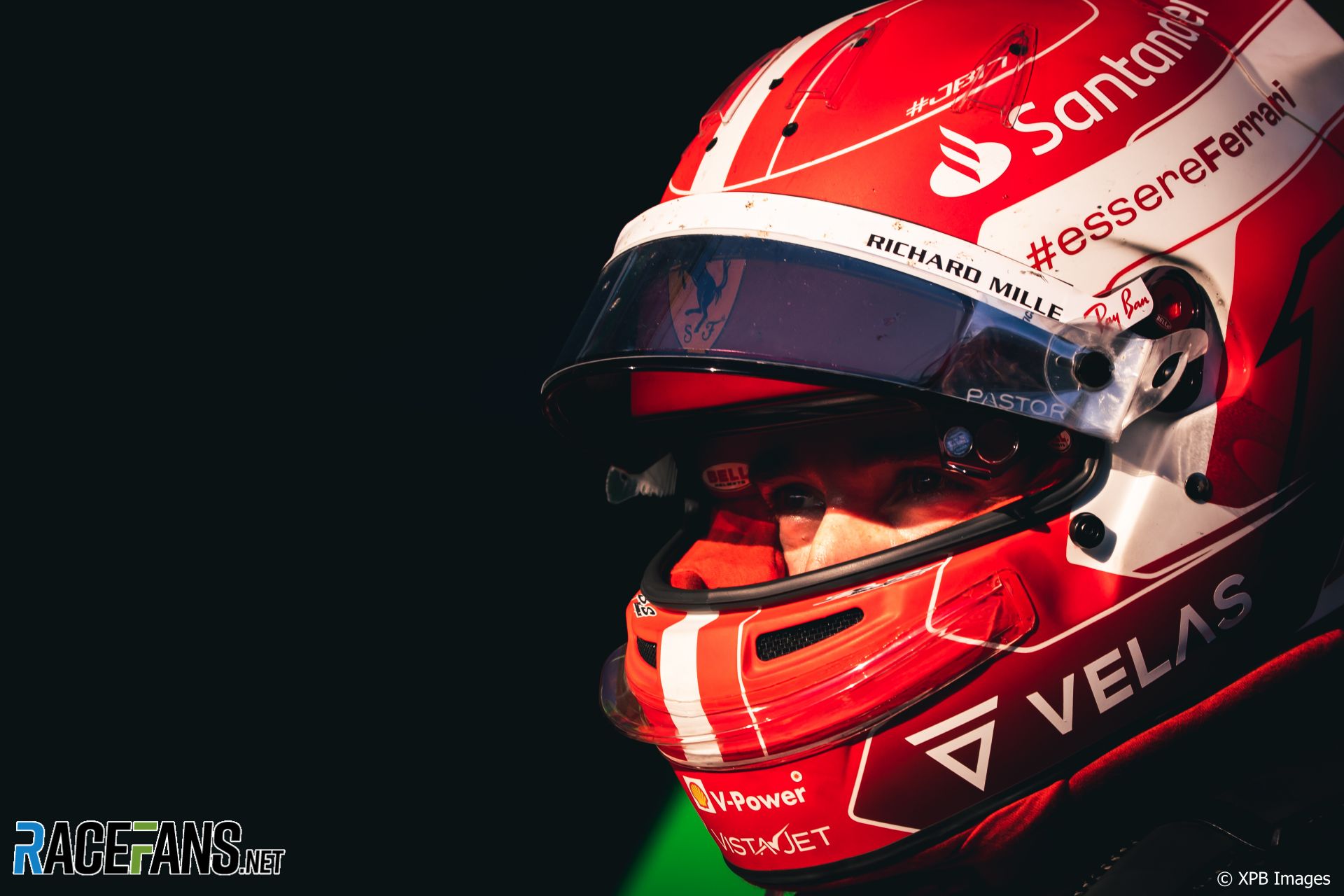 Ferrari are undeniably back on top. They head to Imola this weekend on a roll after winning the third race of the season in Melbourne.

Charles Leclerc has led the resurgence, putting out a 34-point lead in the drivers standings, while the team leads the constructors by 39 points. Recent form is clearly on their side.

But the home pressure will be on Ferrari this weekend. Not just from the Tifosi in the grandstands, illuminating the sky with their red flares and cheering on the team from just nearby Maranello. But everyone up and down the grid will be watching the red team closely, hoping the first cracks in their armour appears on home ground.

Max Verstappen will be first in line, the world champion keen to fight back after his second retirement in three races. In Bahrain too a second-place finish was taken away from him when his car lost power in the final laps. Team mate Sergio Perez was forced out soon afterwards with a similar problem.

After a torrid start to the season, particularly for Hamilton who toiled for little gain in Jeddah, Mercedes have been on the back foot, desperately trying to get their head around the W13. Hamilton and Russell remained far off the pace during qualifying in Australia, and their windfall result was hardly reflective of their form on track.

Their troubles have created a huge sense of expectation that this might finally be Ferrari’s year. With the spotlight on his team, Leclerc has cautioned Ferrari to keep their focus on racing, and not get too caught up with the added pressure of their home crowd.

“Italy, for us, it’s always incredible so I can’t wait to be there,” said Leclerc ahead of the team’s return home.

“On the other hand, I will push the team, even though they know it, we don’t need to arrive there with a mindset of trying to do.

“We’ve been working extremely well from the beginning of the season and I want to keep that and not to overdo it for our home race. So we need to try to manage that in the best way possible.”

Round four, at the Autodromo Internazionale Enzo e Dino Ferrari, is the first of two races on the Scuderia’s home ground this season. The passionate, Ferrari-mad tifosi have long hoped for a resurgence of the Michael Schumacher era. Leclerc’s strong start to the season gives them real hope such a performance is on the cards.

“Ferrari’s 2022 dominance [is] reminiscent of Michael Schumacher,” enthused his former adversary David Coulthard after Leclerc took two wins and a second from the opening three races.

“I had a little bit of a shiver actually, a flashback to when Michael was dominant in the Ferrari, all my fears came back again,” he admitted to Channel 4, while lavishing praise on the Scuderia’s current leader, Mattia Binotto.

“[Leclerc] is a quality driver, a great human being. Ferrari has worked hard and Mattia Binotto, what a cool character he’s been under all the pressure of the lack of performance over the last two years.”

So severe was Ferrari’s fall from grace two seasons ago, it’s easy to forget how recently they’ve been a force. The last time a Ferrari driver led the points going into the team’s home race was only five years ago: Sebastian Vettel led the way on 220 points arriving at Monza in 2017.

You have to go back further, to 2008, for the last time the same could be said about the teams standings. That was the last time Ferrari won a world championship, six years before their current points-leader graduated from karting.

Leclerc said he’s trying not to dwell on the excitement building in Italy at Ferrari’s resurgence. “I can imagine it, but I don’t want to think about it too much because it’s still very early in the season,” he said.

“Obviously, it’s good to be in the lead of the championship. Thirty-four points is always good to take wherever you are in the calendar but I don’t want to focus too much on the championship for now.”

He urged Ferrari to treat the upcoming round like any other. “Italy will be incredible, but we need to approach the race weekend just like we approached the first three weekends. I think it’s extremely important not to put extra pressure on ourselves and not try to overdo things.

“We are working as a team extremely well since the beginning of the season and we just need to keep doing our job, just like we did in the first three weekends.”

“It is going to be crazy. Italy for us is always incredible and I can’t wait to be there. On the other hand, we don’t need to arrive there with the mindset of trying to do more because we have been doing incredibly well since the beginning and we don’t want to try and overdo that for a home race. So we need to try and manage that in the best way possible. It is always tense but I just try to not think too much about where we are.”

He already knows what it means to win in Italy as a Ferrari driver, having done so in front of packed grandstands at Monza in 2019. Now he is in contention to win his first F1 world championship, which would be the first for a Ferrari driver since Kimi Raikkonen in 2007.

With 20 races still to go, it’s still very early days. That 2019 win by Leclerc, achieved in a tense, race-long fight with both Mercedes drivers, proved he can withstand the pressure that comes with being a Ferrari driver. Whether he can continue to do so as the prospect of delivering that longed-for championship becomes more realistic will be one of the defining storylines of 2022.