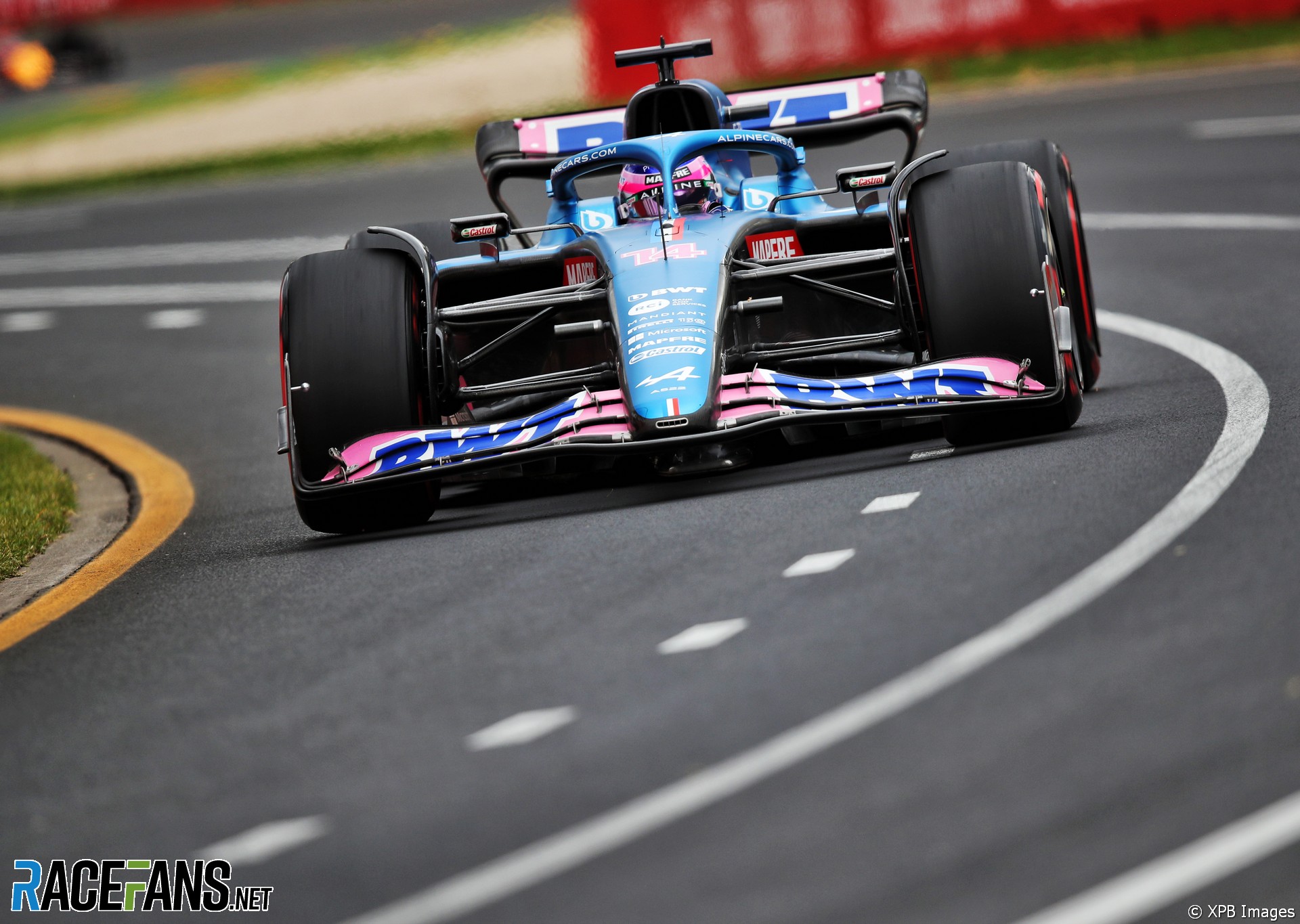 In the round-up: Fernando Alonso says it’s unlikely Alpine will be able to make up the gap to Ferrari in 2022.

“Difficult” for Alpine to catch Ferrari in 2022 – Alonso

Fernando Alonso says Alpine may have the potential to find a “huge step” on their car this season, but admits it’s unlikely the team will be able to make up the gap to Ferrari out front.

Alonso believed he was in genuine contention for a possible podium position in Australia last weekend, before crashing in Q3 after a hydraulics problem, eventually finishing out of the points in 17th.

“To match the Ferrari pace, I think it’s going to be difficult because obviously, we are eight-tenths, or one second behind at the moment, looking at the first two races in qualifying performance,” said Alonso.

“To close that gap, it will be a little bit too optimistic – but let’s see. We need to keep working, and it’s so early days on these cars, that you may find something much bigger than what you thought at the beginning, when you test it on the wind tunnel, and maybe you make a huge step.”

Mercedes trackside engineering director, Andrew Shovlin, says that it will be critical to “hit the ground running” for the Emilia-Romagna Grand Prix weekend.

As the first sprint race weekend of the season, the race at the Imola circuit will only have a single one hour practice session. Shovlin says that it will be crucial for Mercedes to get their cars set up right before qualifying takes place on Friday afternoon.

“The big challenge for the teams and the drivers with the sprint format is that you’ve only got one hour to get the car sorted for the qualifying session for the sprint race and for the main race on Sunday – and that’s difficult,” says Shovlin.

“Now we’re on very much a learning curve with these new cars and the tyres, so that Imola race is going to be difficult. If you hit the ground running, you’re probably going to have a good weekend. If you put the car on track and it’s a difficult one to deal with, it might be quite painful.”

Penske driver Josef Newgarden believes that the team moving from a four car operation to only three in 2022 has benefited the organisation.

Newgarden and team mates Will Power and Scott McLaughlin are Penske’s three drivers for this season after Simon Pagenaud moved to Meyer Shank for 2022. Newgarden believes downsizing has been helped the team to focus.

“We’ve compacted everything,” said Newgarden. “We’ve sort of narrowed in on kind of our focus and what we need to be really looking at and how we can control the whole group.

“It’s a little easier to get your arms around it when it’s three versus four, so I do think there’s a positive impact, short-term, that we’re seeing going from four to three.”

There’s no right or wrong way of adapting any car. It seems most series do not offer any guidance on legality either. It seems all we can do right now is develop and ask for approval from our series.

The system we are using at @BHA is an altered version from Guidosimplex. https://t.co/6xonovYXFb

Thanks to everyone who came up with caption idea this week and a special mention to @rdotquestionmark, @srga91, @nullapax and @badger who all came up with particularly good captions.

Happy birthday to Alan and Consi!