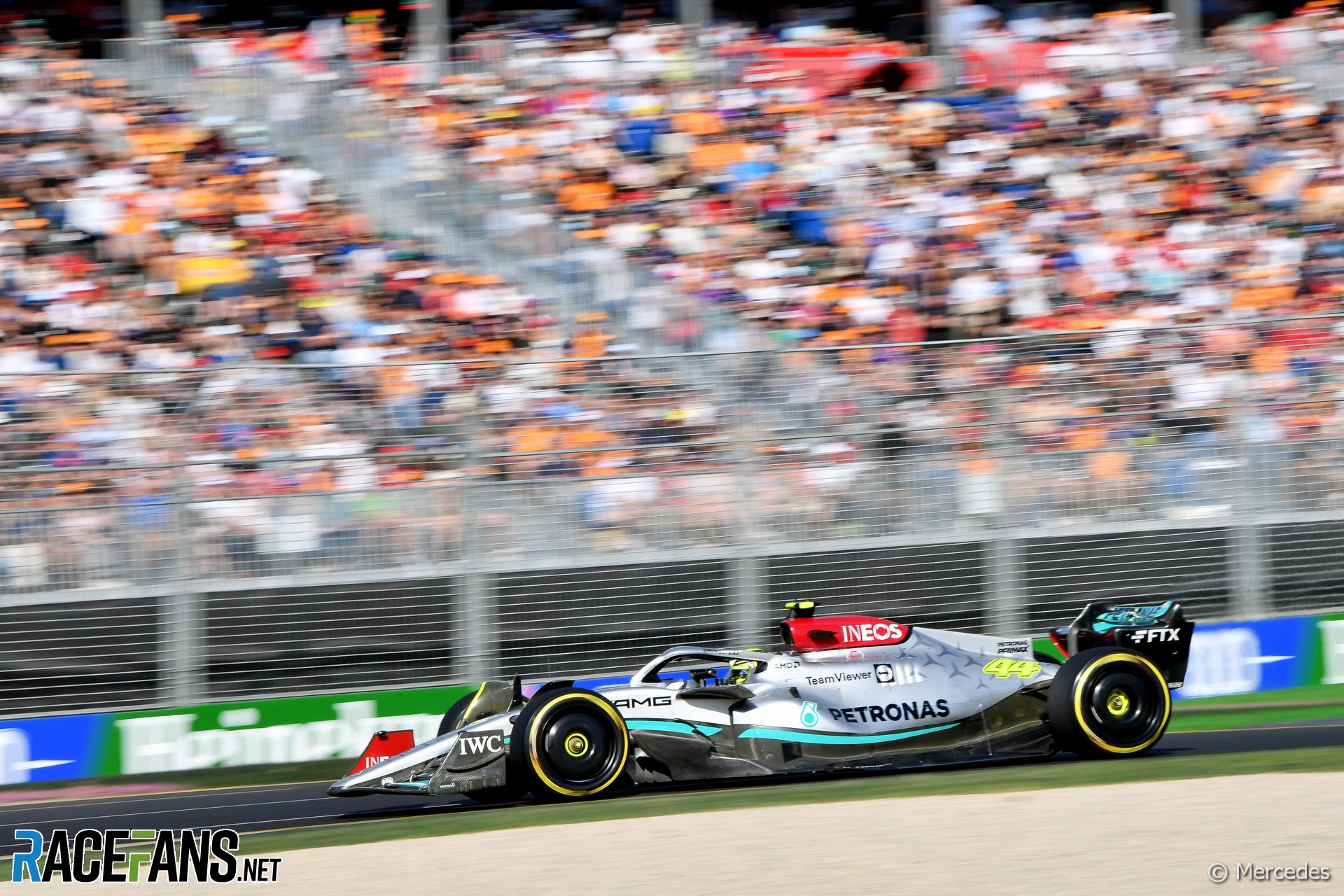 The engine cooling problem which Lewis Hamilton said put him in a “difficult position” during the Australian Grand Prix was caused by a small rise in ambient temperatures.

During the Australian Grand Prix broadcast Hamilton was heard telling his team they had put him in a “difficult position”. It later emerged he was referring to rising temperatures in his car, as he had been told too alter his driving to increase cooling.

Hamilton’s race engineer, Pete Bonnington, first told his driver he needed to “lift and coast” to bring his temperatures down with around 10 laps of the race remaining.

Mercedes’ chief strategist James Vowles said that the message was related to managing the temperature of the internal combustion engine in Hamilton’s car.

“That was all about engine cooling and keeping the power unit cool during the course of the race,” said Vowles in a video published by Mercedes. “We push everything to the limit, as you would imagine, and one of those is engine cooling, and you do that by closing up the bodywork or changing the louvre design at the back of the car.”

Formula 1 team have to commit to their preferred cooling arrangement well in advance of the race, leaving them at the mercy of the weather forecast, said Vowles.

“That decision is made on Saturday but obviously we are racing on Sunday, 24 hours later, and in this particular circumstance the ambient was one, maybe two degrees warmer than we had expected and as a result of that ourselves – and not just ourselves, you would have heard it from teams up and down the grid – were right on the limit of what the engine and the power unit can take in terms of cooling requirements.”

“During the course of the race, when you are following a car it meant that Lewis had to compromise what he was doing,” Vowles explained. “He had to move out of the dirty air of the car in front of him and make sure he got cool, clean air through the radiators to drop the PU temperatures down but doing that makes racing the car in front incredibly difficult and that’s why his message came out.”