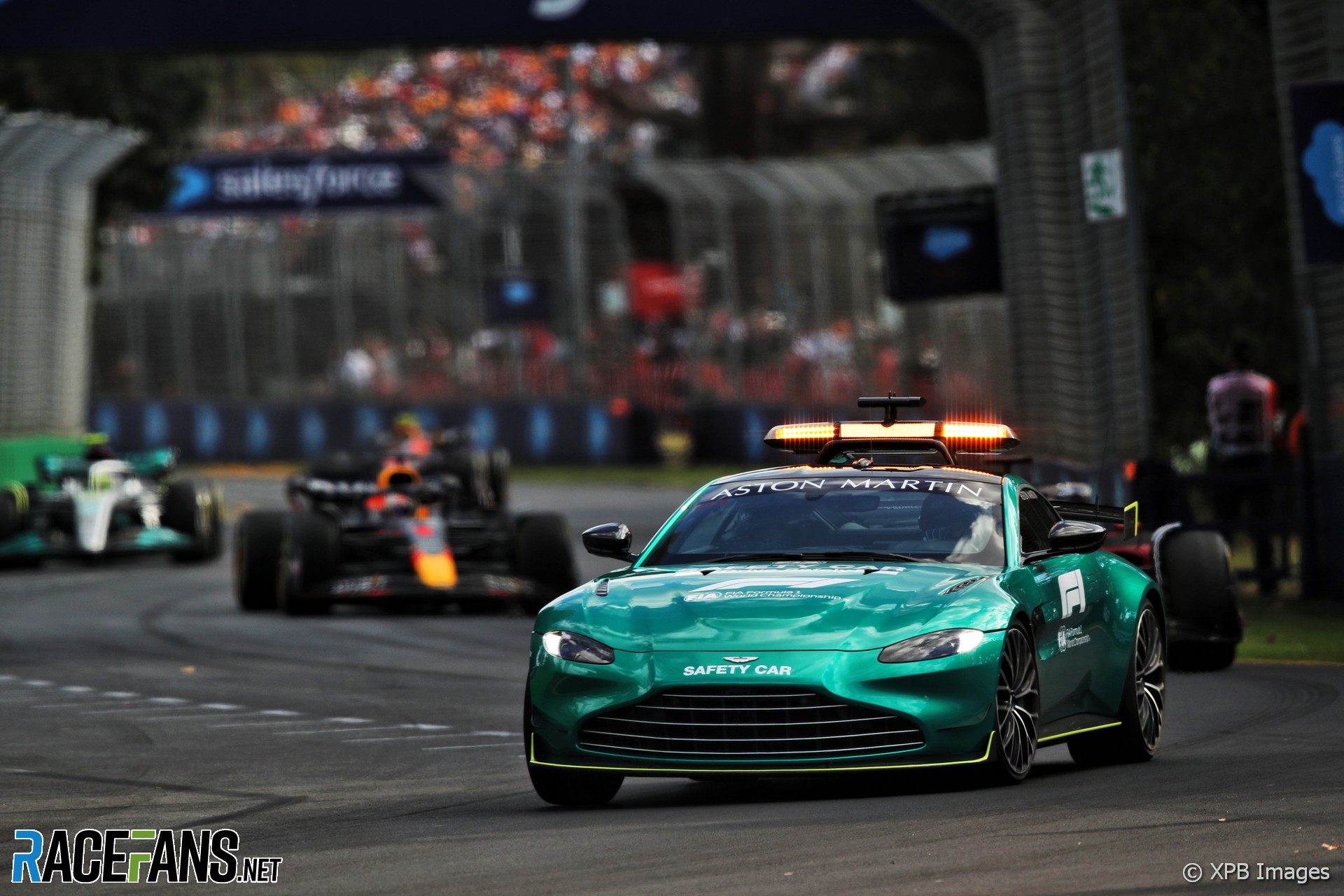 The FIA stewards have recommended drivers be given additional guidance on how to avoid incidents during Safety Car periods following a near-miss in Sunday’s Australian Grand Prix.

Mick Schumacher nearly ran into Yuki Tsunoda during a Safety Car period as the AlphaTauri braked to avoid his team mate ahead. The other AlphaTauri was also slowing in reaction to a car ahead.

The stewards investigated all three drivers and concluded none of them were at fault. However they recommended that new guidance be given at future races to avoid a collision.

“Drivers were in line on the main straight behind the Safety Car with lights on,” they explained. “Cars were accelerating and decelerating to keep tyre and brake temperatures up in anticipation of the restart.

“[Gasly] slowed in reaction to the car in front, [Tsunoda] also slowed in reaction. [Schumacher] was closer to Tsunoda as he slowed, while trying to maintain the ten car length maximum separation specified in the regulations, and had to move left and overtake Tsunoda while braking to avoid colliding with him.

“The stewards find no driver guilty of breaching the regulation, however, it is clear that the speed and braking capabilities of F1 cars, especially while trying to maintain required temperatures in tyres and brakes, are in tension with the 10 car length separation behind the Safety Car traditionally specified in the regulations.

“This needs to be a point of emphasis in future driver briefings, to ensure the drivers collectively agree on how best to address this challenge before an unfortunate incident occurs.”

Collisions have happened during Safety Car periods previously. At the 2020 Tuscan Grand Prix 12 drivers were given formal warnings after a crash at a restart put four cars out of the race. Following the incident the Grand Prix Drivers Association wrote to FIA Formula 1 race director Michael Masi requesting changes to the restart procedure.