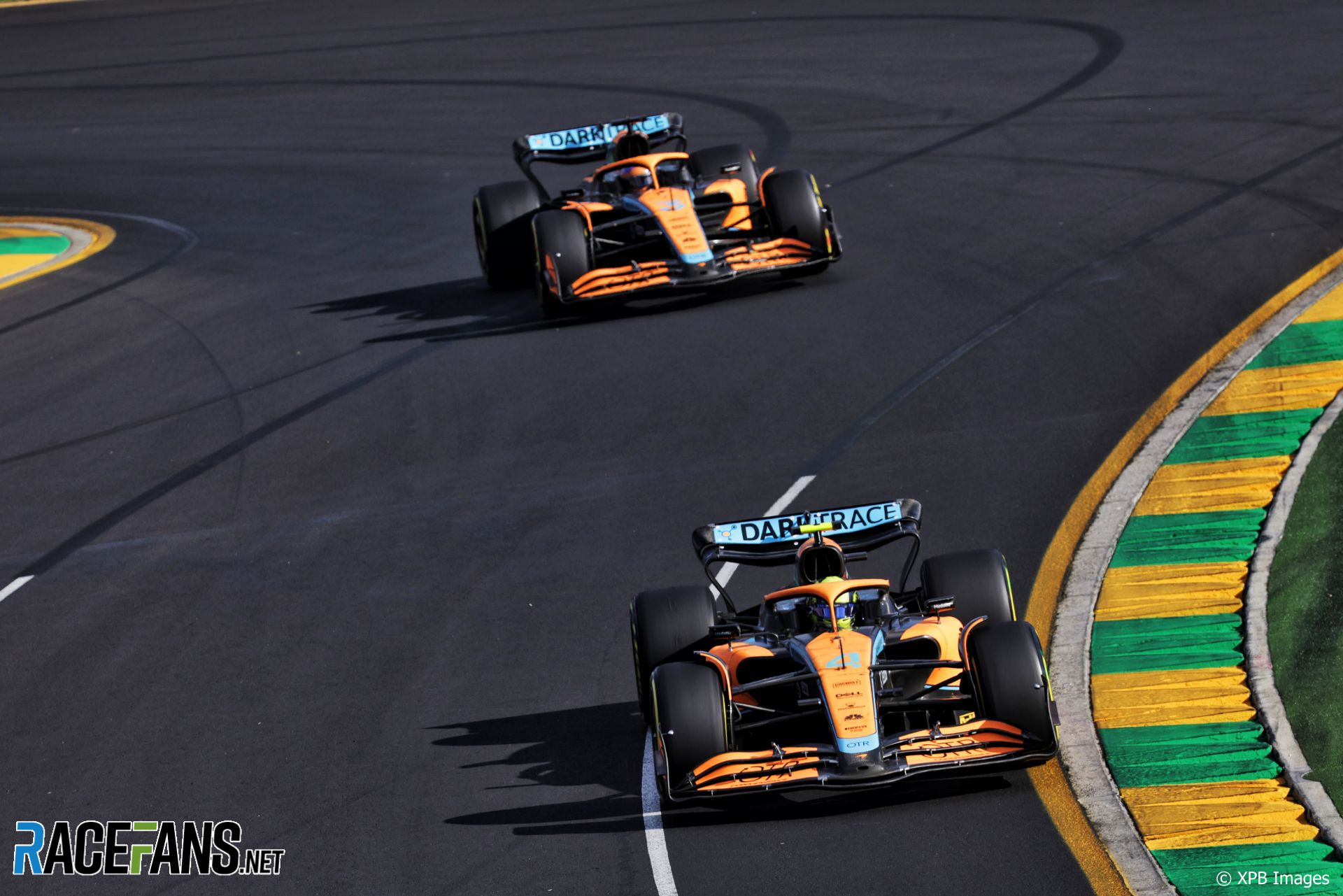 Lando Norris took fifth place in the Australian Grand Prix despite losing multiple seconds per lap as McLaren urged him to lift-and-coast to save fuel.

The McLaren driver secured the team’s best result of the season so far in Melbourne, one place ahead of Daniel Ricciardo, who was told to follow his team mate home.

Norris lost six seconds over the final three laps. Team radio revealed he was instructed by race engineer Will Joseph to undergo heavy lifting and coasting over the run to the flag.

“We’re managing an issue,” Joseph told his driver at the start of the 56th lap. “Daniel’s five seconds behind. I want to use [lift and coast] up to those five seconds. Daniel will not put pressure on you.”

After crossing the line to secure fifth position, Norris was told to “save as much fuel as possible on the in-lap, please.”

“If he loses power, what do you want me to do?” Ricciardo asked. “Drive past,” Stallard replied.

“Just don’t hit him, Daniel, that’s all. If he loses power, I just don’t want an accident. But it’s okay if he’s completely lost power, you can go past. I don’t want you to put him under pressure while everything is okay.”

Norris made it to the chequered flag and his car passed post-race scrutineering. Speaking after the race, Norris described his afternoon as “difficult”.

“We had quite a few problems we had to manage, which wasn’t ideal,” Norris said. “We had decent pace in the car, so when you’re pushing, you’re always working a little bit more.”

Despite McLaren enjoying their best weekend of the season so far, Norris reaffirmed his belief that the result was more down to the circuit than McLaren managing to unlock performance from their car.

“The thing is, if we went back to Bahrain, we’d still be P13 in qualifying and we’d finish two laps down or whatever,” Norris explained. “The car’s exactly the same, which is the problem.”

“I think we understand it’s just a much quicker track, much smoother and that suits the car a lot more. We can put it in a more optimum range. We’ll take what we’ve learned today and try to carry it with us into the next few races.”