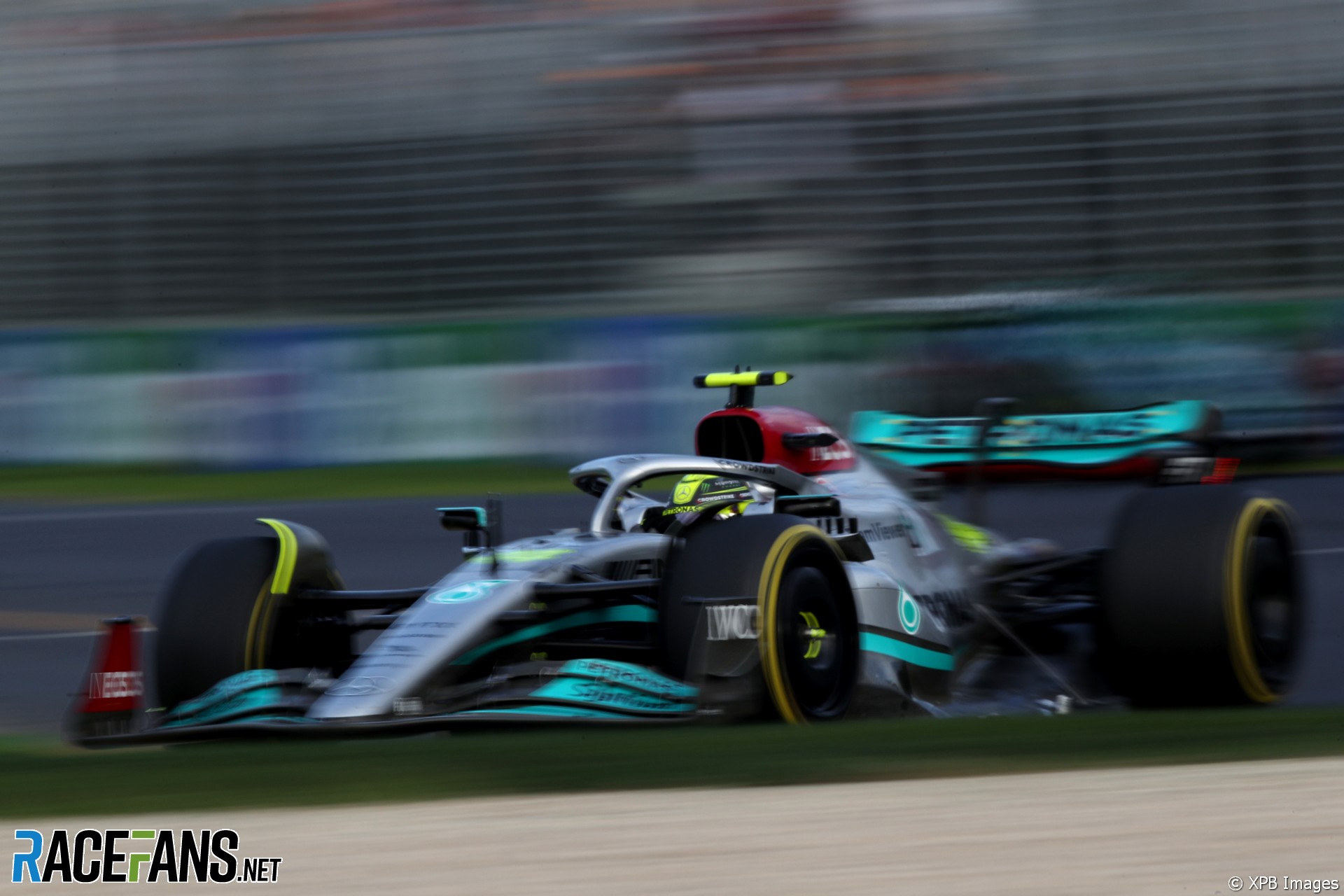 Lewis Hamilton says he was unable to attack his team mate for third place in the closing stage of the Australian Grand Prix because his car was overheating.

He led George Russell early in the race but the pair swapped positions as Hamilton’s team mate was able to make his pit stop during a Safety Car period, saving him time.

In one part of a radio message which was broadcast Hamilton was heard saying his team had put him in a “difficult position” as he pursued his team mate. Hamilton said the message referred to rising temperatures in his car.

“I couldn’t race for position because the car was overheating so I had to back off,” he explained.

Russell took third place ahead of Hamilton, who said it was “an amazing result for us as a team” after their poor start to the weekend.

“We were 1.2 seconds off on Friday and it wasn’t looking spectacular at that point. We did some great work overnight, qualified on the third row and then a great start. I was up in third, it felt amazing to feel like you’re fighting for a podium in that moment but obviously we couldn’t hold the pace of the Red Bulls.

“But whilst we haven’t necessarily improved the car over these three races I think we’ve really extracted the most we could points-wise. I think from my side I let the team down in the last race, didn’t get the points. But to come away with this result is great.”