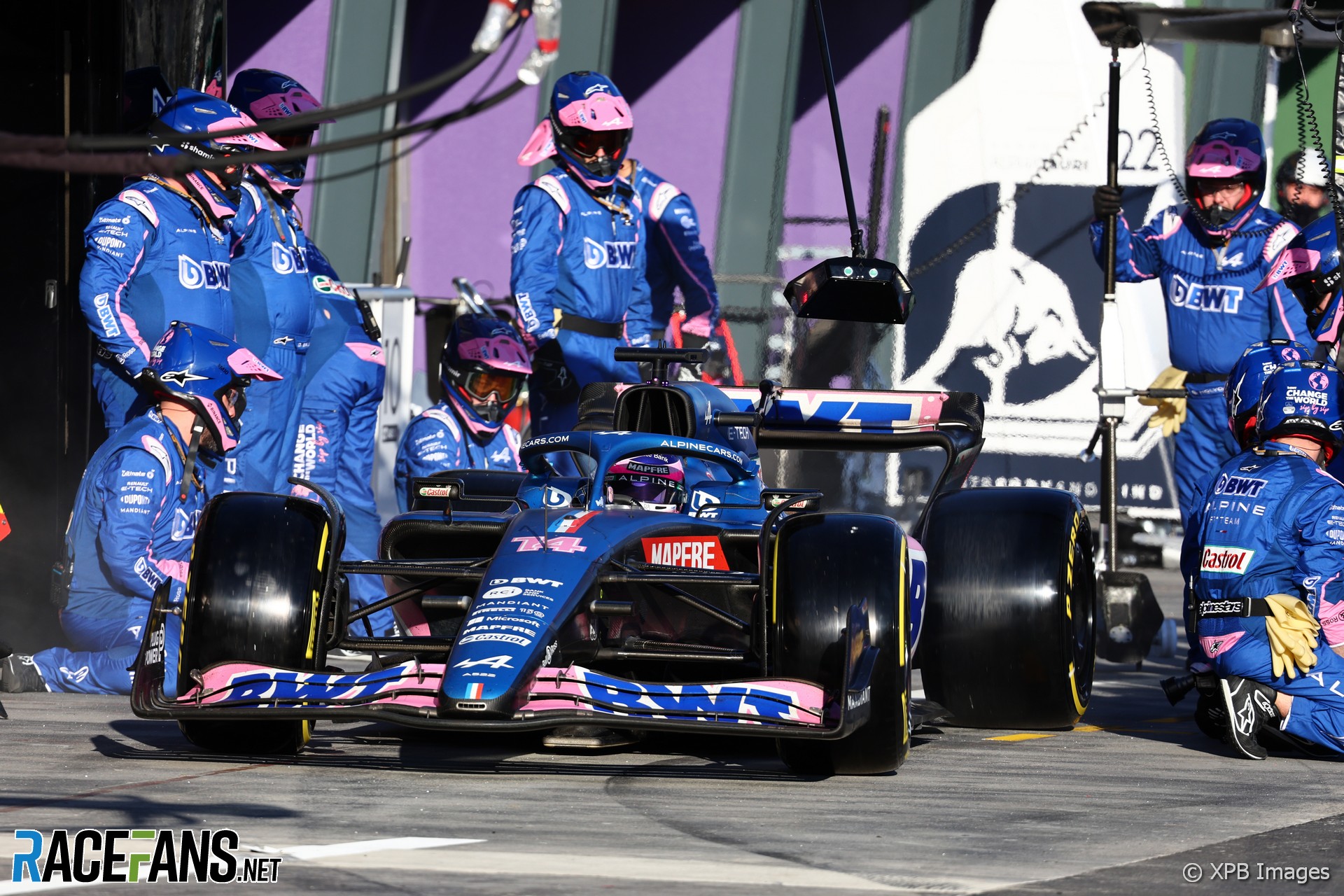 Fernando Alonso says Alpine missed a chance to score a podium finish in Australia after a series of misfortunes.

He started from tenth place after a hydraulic failure caused him to crash during qualifying. The timing of a Safety Car period worked against him in the race, and he had to make a second pit stop which left him well outside the points.

“We were looking for P6 or P7 starting on the hard tyre on the reverse [strategy],” he told Sky. “[But] the safety car in the wrong moment of the race was our killer.”

He believes he was quick enough to beat George Russell, who was promoted onto the podium after Max Verstappen’s retirement.

“I’m a little bit speechless because I think today we could have been on the podium, to be honest,” said Alonso. “If we qualified third or fourth yesterday with Max out, George on the podium, I think we’ve been a little bit faster than the Mercedes this weekend. So we lost an opportunity here and also in Jeddah when we were doing a very good race.

“So it seems the way it is at the moment, a little bit unlucky, so 20 races to go, in some of them I will be super lucky, I guess.”

Despite Alpine’s strong performance this weekend, Alonso isn’t taking it for granted they will be competitive at the next round in Imola.

“I think it’s going to be a real test for us because it’s quite slower compared to the last two events, and we will see if we can keep this performance. But I think we need to see also in Imola, we will see some upgrades for everyone, I guess. So we will see how fast we can be.”

17 comments on “Alonso “speechless” after missed chance for podium finish”