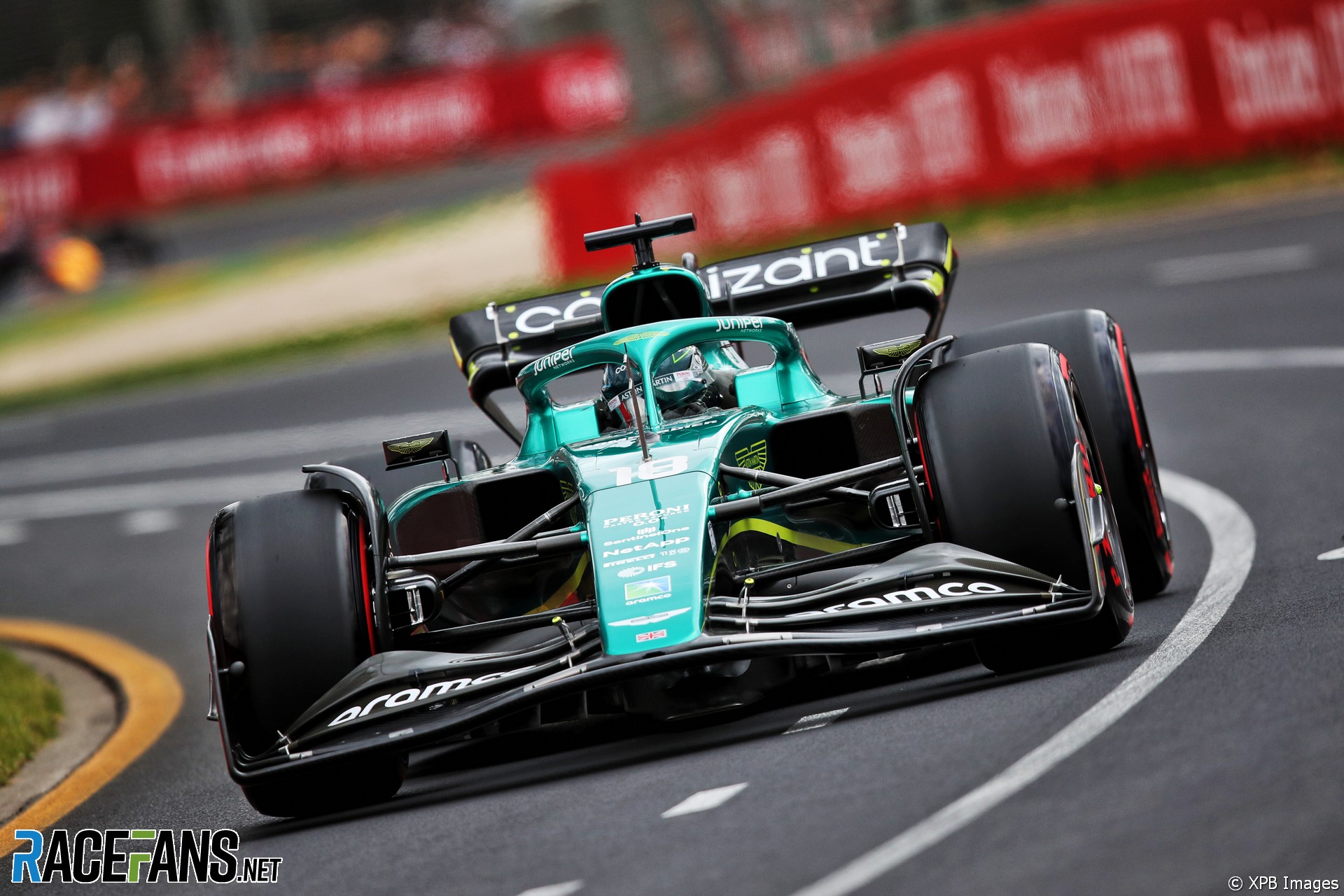 Lance Stroll has been given a three-place grid penalty for the Australian Grand Prix for causing a collision with Nicholas Latifi during qualifying.

However as the Aston Martin driver qualified in last place, the penalty will make no difference to his starting position.

The stewards held Stroll responsible for the collision at the end of Q1, which tore the left-rear wheel off Latifi’s car and triggered a substantial crash. They accused him of showing a lack of awareness by pulling to the right as he was being passed by Latifi, who he had overtaken moments earlier.

“[Latifi] pulled off course to the left and slowed at the exit of turn four to let cars by, the last of which was [Stroll],” the stewards explained.

“Contact was made between Stroll’s right-front wheel and Latifi’s left-rear wheel, with the subsequent damage putting both cars out of the session. The stewards find that Stroll was predominantly to blame for the collision because of his lack of situational awareness of Latifi’s passing manoeuvre.”

Stroll was also given two penalty points on his licence. He now has a total of seven.