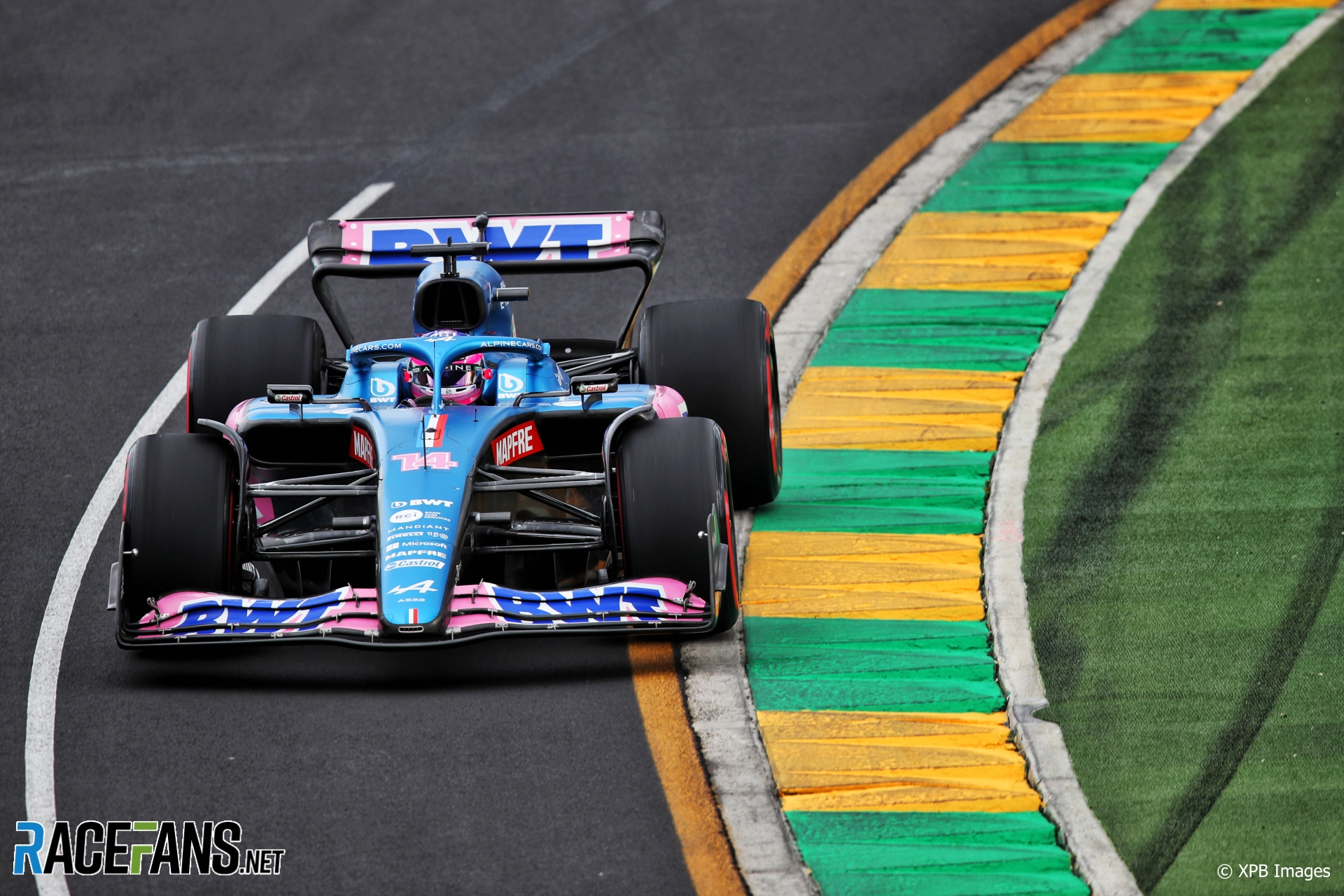 Fernando Alonso said a hydraulic problem on his car caused his crash during Q3 while he was challenging for pole position.

The Alpine driver skidded into a barrier at turn 11 after experiencing problems with his down-shift in the middle of the corner. He had just set the fastest middle sector time of the session so far up to that point.

“We lost the hydraulics on the car so we lost the gear change and also the power steering and everything,” said Alonso, who was classified 10th after failing to set a time in Q3.

Alonso, who retired from the last race in Jeddah with a technical problem, said he could hardly believe his misfortune over the opening rounds.

“I think we could fight for pole position today,” he said. “I’ve been waiting many years for that possibility.

“It’s amazing that we’ve been so unlucky in these first three races of the championship. I was doing, I think, probably one of the best weekends in years, and it is frustrating now.”

It remains to be seen whether Alpine will have to replace any parts on Alonso’s car which may incur grid penalties. He is hopeful they will be able to salvage some points this weekend.

“I think we will try to fight for some points but I think a podium was there for us this weekend and we missed another opportunity,” he said.