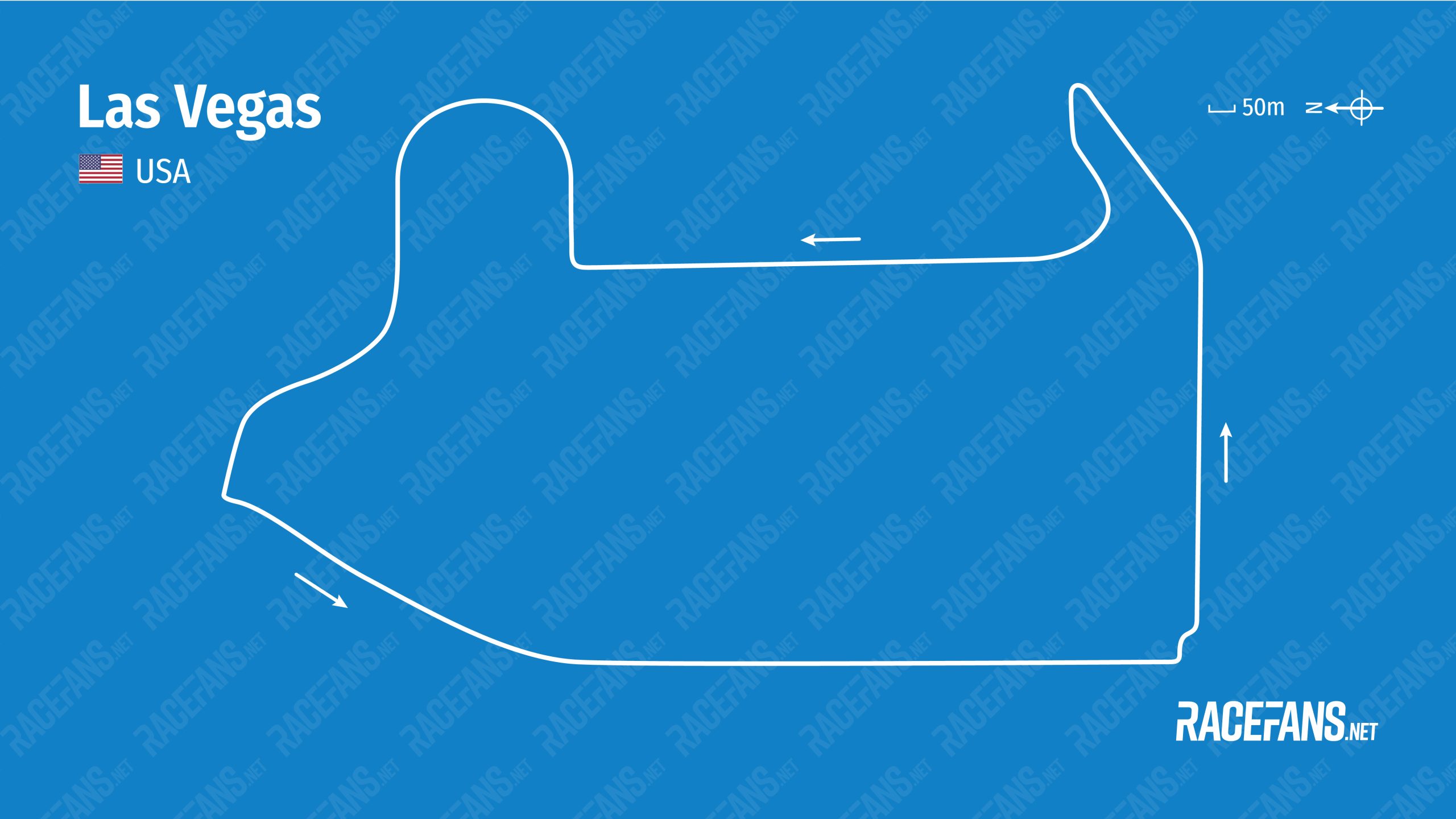 Formula 1 has revealed the first details of the new Las Vegas Street Circuit which will from next year.

The series has raced in the city before, but the unloved circuit it used for the short-lived grands prix of 1981 and 1982 is a far cry from the one presented by F1 today.

The original Las Vegas circuit was a temporary course laid out in the car park of the Caesars Palace Casino. It was tight, slow and repetitive, akin to a go-kart track. The race took place in the daytime, and the punishing heat took a toll on the drivers.

F1’s new track in Las Vegas is an entirely different prospect. It’s immediately apparent that the number one goal behind it was to create the spectacle of Formula 1 cars racing along the illuminated Las Vegas strip at night. That box has been emphatically ticked, and if the rest of the circuit is somewhat simplistic, it’s far from the succession of 90-degree corners which street tracks, particularly those laid out in American cities, can tend to be.

At 6.1 kilometres, this will be F1’s third-longest circuit, just 50 metres shorter than the Jeddah Corniche Circuit F1 raced at last weekend. But it has barely half the number of turns compared to the Saudi Arabian track, just 14, several of which will likely be tackled flat-out.

F1 describes it as having “three main straights and 14 corners, including a high-speed cornering sequence and a single chicane section.” While not all its key details have been revealed, the track appears to follow the well-tested route of having a purpose-built area to house the pit and paddock complex including the grid and start/finish line.

From there drivers will have a short dash into the tightest corner on the track, the left-handed turn one. This leads into another kink left and a looping right-hander which opens out at the exit.

The first significant acceleration zone will follow, the drivers covering a straight of around a kilometre in length before arriving at turn five. This right-hander is the kind of 90-degree bend every street circuit tends to have at least one of, some rather more than is ideal, though that’s not a criticism which can be made of this layout.

The corner which follows appears to owe a debt to turn three at Sochi Autodrom, a venue F1 will not return to following the cancellation of the Russian Grand Prix. This 180-degree corner, around 500 metres in length, will likely serve as an acceleration zone and could be one of the trickier sections of the circuit.

Two more quick corners follow, the course winding right and then left. The second of these brings the drivers to what is likely to be the most important bend on the track, turn nine, as the section which follows will provide a good opportunity to overtake.

After the left-hander of nine the drivers join Las Vegas Boulevard, the celebrated Strip, where they will hit their highest speeds. F1’s simulations indicate they’ll reach 342kph (212mph) after rounding the flat-out turn 10 and flying down towards the tight complex at the end of the track. Drivers will hold the throttle wide open for almost two kilometres.

Such speeds – among the highest seen on the calendar – mean the following corner will need significant run-off space. The wide local roads offer plenty of room for this, and a three-part sequence of corners has been created to allow the speeds to be reduced.

The Strip is several lanes wide, and this section of track will have a Baku flavour to it, drivers enjoying ample space to go side-by-side. They will flash by some spectacular scenery as they do so.

From there the cars accelerate back to the start/finish complex. The final corner is turn 14, which drivers will approach at considerable speeds having again had a long run from the penultimate corner.

It adds up to a long and rapid course. The race distance of 50 laps is likely to pass by quickly.