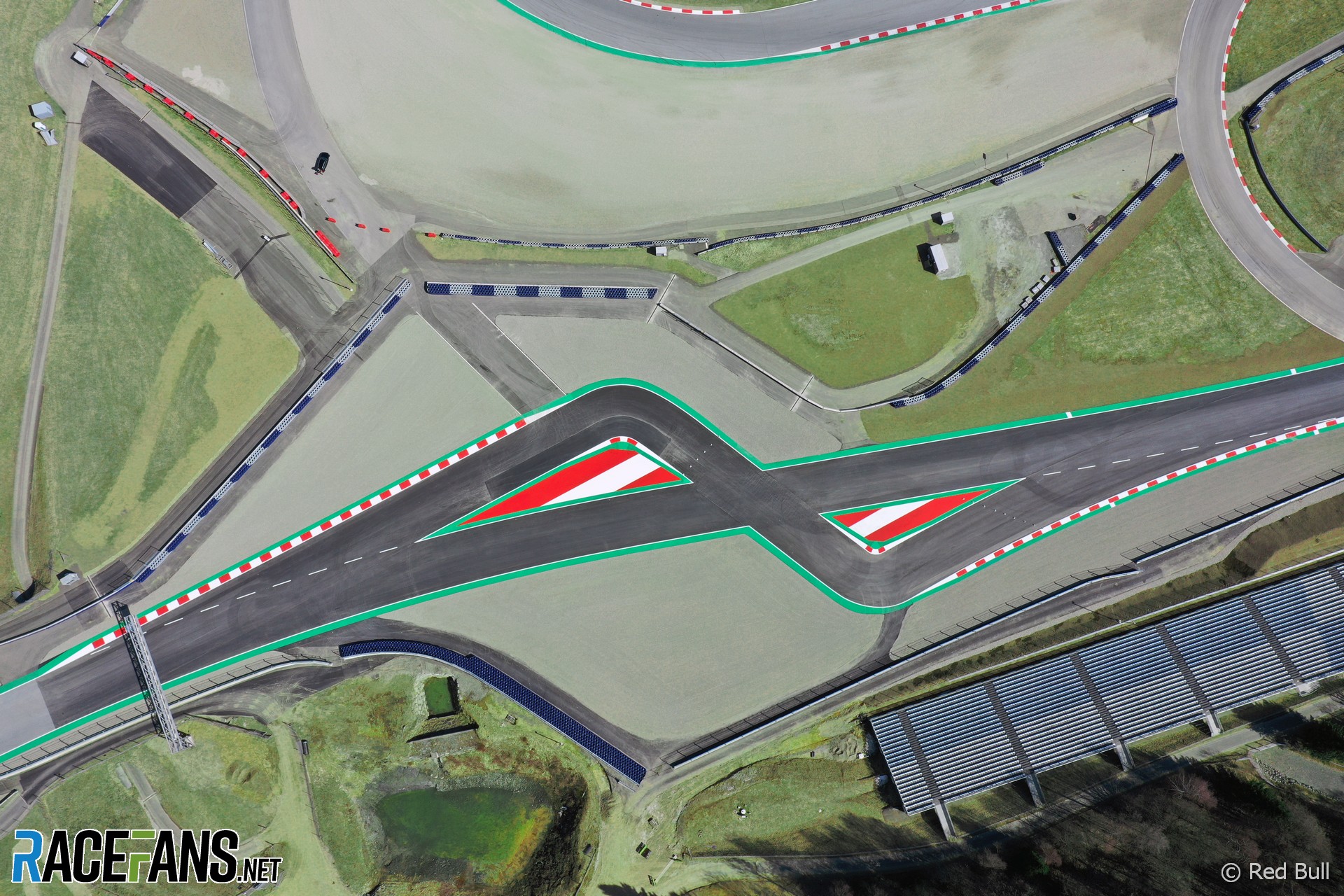 The Red Bull Ring will have a different look when Formula 1, Formula 2 and Formula 3 visit the circuit in July.

A new chicane has been constructed on the climb from turn one to turn two. It has been added for safety reason due to high-speed crashes involving motorbike racers in the Moto GP series.

F1 and its support categories do not current plan to use the chicane. The original circuit route has been kept, running through the new right and left handers.

The construction of the chicane has required the repositioning of barriers around the circuit and the addition of new gravel traps. The surface has also been relaid at this point on the track.

Red Bull, which owns the Red Bull and AlphaTauri F1 teams, purchased the circuit after it lost its previous F1 race contract in 2003. It has invested heavily in renovating the facility formerly known as the A1-Ring, and brought F1 racing back to the track in 2014.