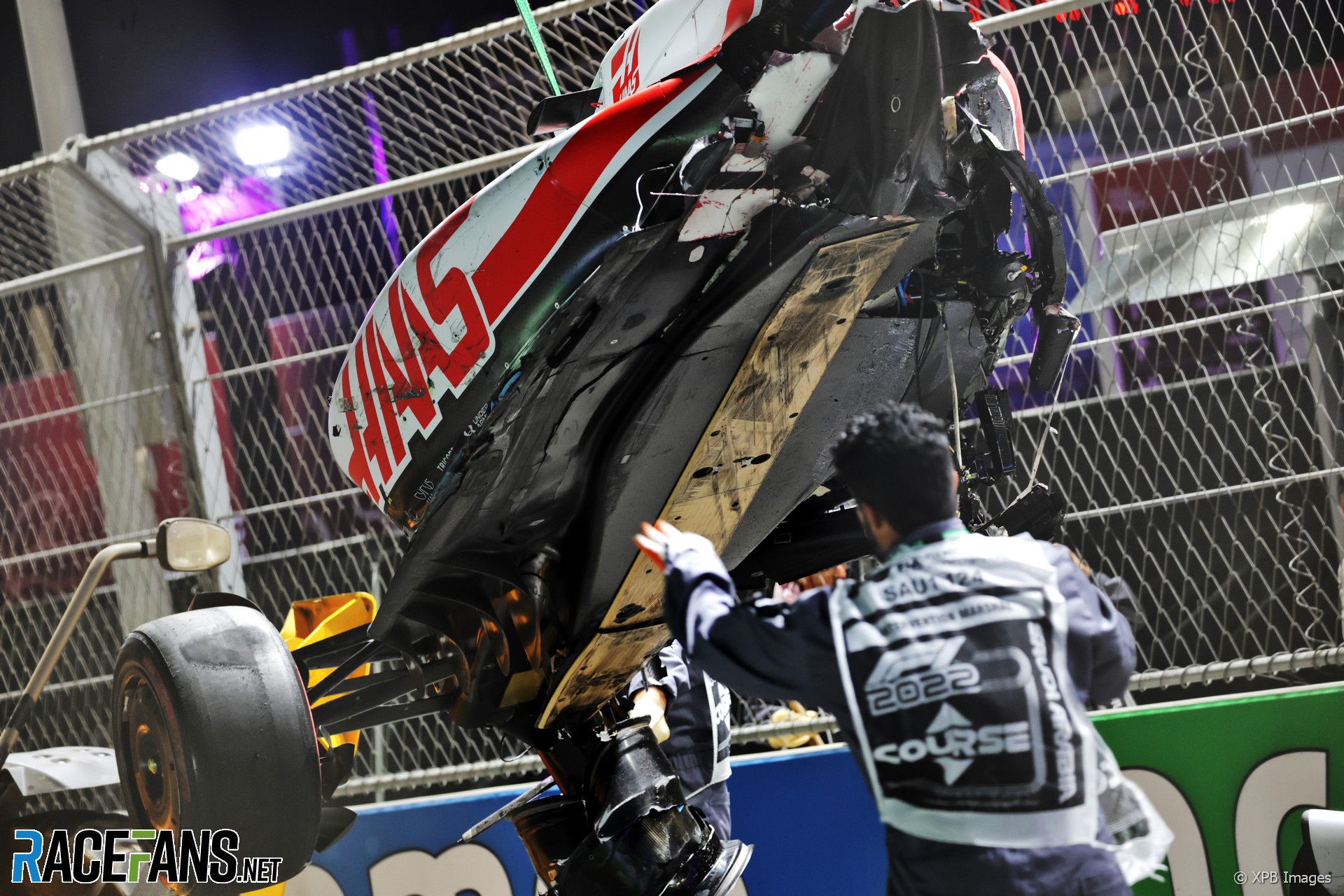 Haas face a repair bill of up to £760,000 ($1 million) as a result of Mick Schumacher’s heavy crash during qualifying for last weekend’s race.

Schumacher struck a barrier at the exit of turn 10 at a speed of around 270kph, sustaining a 33G impact. The driver spent the night in hospital but was released the following day without any significant injuries.

Team principal Guenther Steiner said the damage to the car was extensive but the chassis appeared to be salvageable.

“The chassis itself doesn’t seem to be broken,” he said. “The side impact structure is, but you can change them. Obviously we need to do a proper check on the chassis but it looks not too bad, to be honest.

“The engine also, I was told from Ferrari, seems to be okay. The battery pack as well. And then all the rest is broken.”

The extent of the damage leaves Haas with a steep repair bill, he admitted.

“I think the cost is still pretty high because all the suspension is gone, except the front-left, I think there’s still something on there,” he said. “The rest is just like carbon powder.

“I don’t know money-wise but with these cars, between gearbox, the whole bodywork is gone, radiator ducts are gone, so it’s between half a million and a million I would say.”

Teams are allowed to exclude some costs for crash damage from F1’s budget cap. However Steiner pointed out they cannot afford many more crashes of this scale before it starts to affect how much they can spend.

“There is a nominal amount but in a racing team you never could stick to a budget like in a normal commercial business,” he said. “Because you have this risk, you have got obviously a contingency in there. But if you have two or three like your contingency is pretty quickly not a contingency anymore, it’s a loss.

“So you just need to manage. Obviously, I hope we don’t have a lot more of them.”