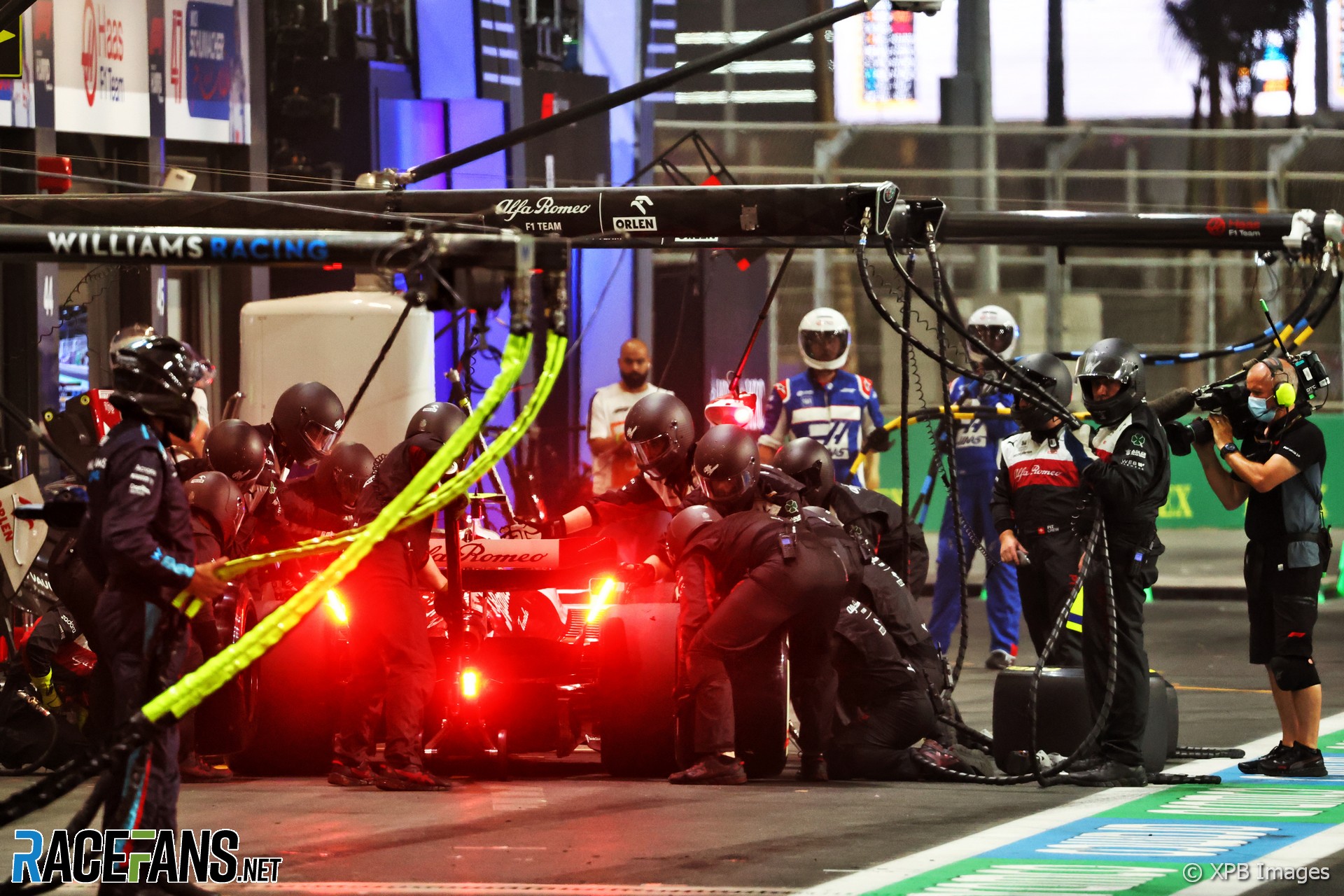 Alfa Romeo has explained the pit stop mix-up which led to Zhou Guanyu being penalised twice.

The rookie was given a five-second time penalty for an incident with Alexander Albon early in the race, which he attempted to serve during a pit stop.

However the stewards ruled that the team did not follow the correct procedure for serving the penalty, an infringement which can lead to disqualification. The stewards decided instead to require Zhou to serve a drive-through penalty.

“The stewards reviewed the video evidence and determined that car 24 came into the pit lane and stopped,” they explained. “But thereafter, it was jacked up by the team. Article 54.4(c) requires that ‘whilst a car is stationary in the pit lane as a result of a penalty in accordance with Articles 54.3(a)… it may not be worked on until the car has been stationary for the duration of the penalty’,” the stewards continued.

“Although the team did not work on the car for five seconds after jacking the car up, the jacking up of the car itself would be ‘working’ on the car, which is prohibited by 54.4(c).

“Article 54.4(e) gives the stewards the discretion to disqualify a car for failure to comply with Article 54.4(c). However, given that no work was done while the car was jacked up, we considered that disqualification would be too harsh and outcome. We therefore imposed a drive-through penalty.”

Alfa Romeo’s head of trackside engineering Xevi Pujolar explained the error occurred when both drivers pitted together during the Safety Car period. Zhou followed team mate Valtteri Bottas into the pits, and the front jack operator was unaware the second car had to be left untouched while the penalty was served.

“The guy was not aware, the front jack was not aware that it was a five-second penalty, that’s why he touched the car,” said Pujolar.

Zhou was originally penalised for passing Albon off-track and failing to relinquish the position.

“The stewards reviewed the video evidence and determined that car 24 (Zhou) attempted an overtake on car 23 (Albon) by braking very late. In doing so, he locked up and was not able to remain on the track and he left the track to maintain his position. In doing so, he gained a lasting advantage and remained ahead of car 23.

“The advantage was not negated by giving the position back at the earliest available opportunity or at all.”