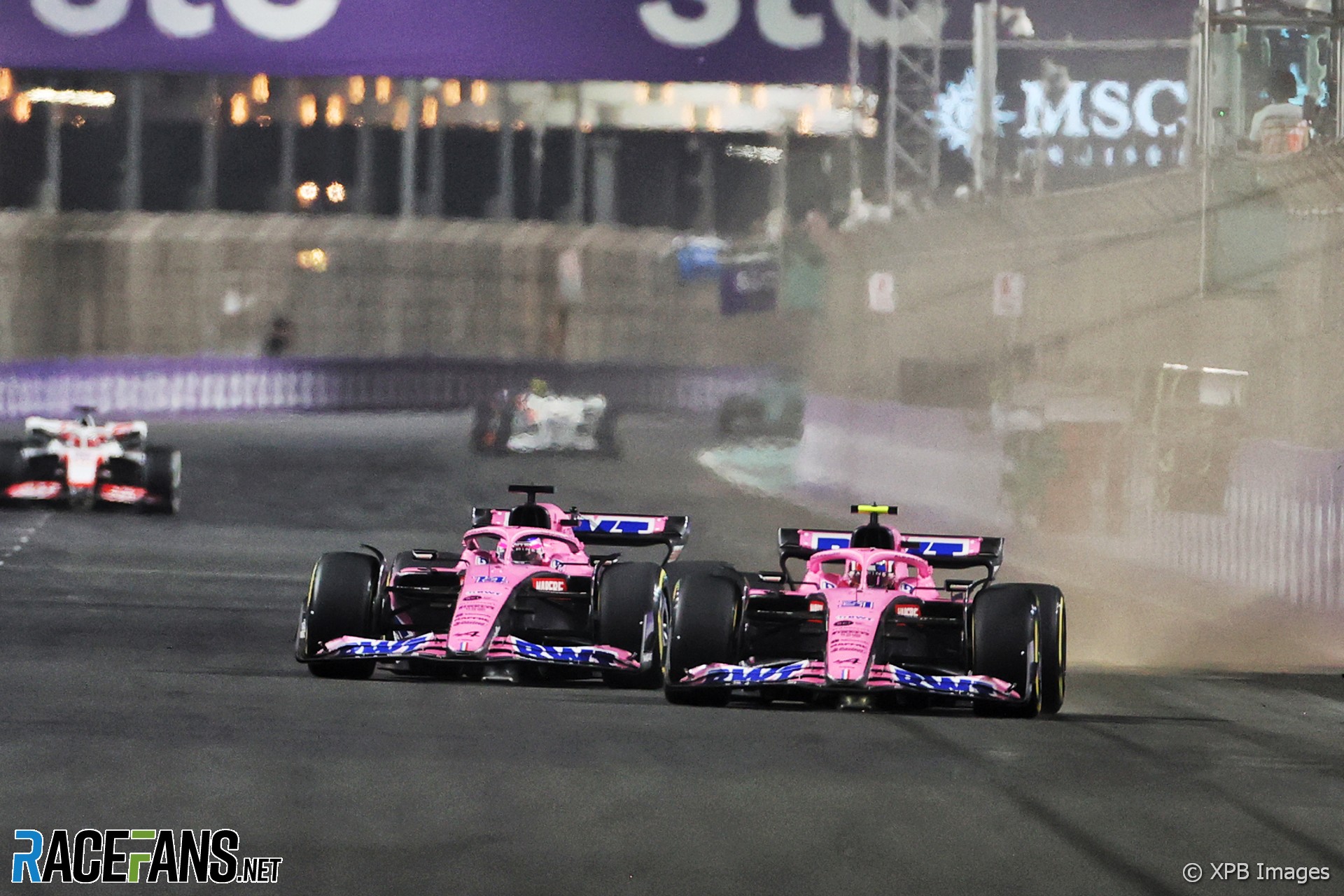 Alpine are happy to allow Fernando Alonso and Esteban Ocon to continue to fight each other on track but won’t hesitate to call off future scraps if it risks costing the team points.

The pair fought for position over several laps in the early stages of the Saudi Arabian Grand Prix but lost up to one-and-a-half seconds per lap at times.

Ocon said he enjoyed the fight with his team mate but appreciated it had come at a cost to the team’s position in the race as it allowed Valtteri Bottas and Kevin Magnussen to close on the pair.

“Of course when you fight, the same as in go-karts, you lose time, it’s normal,” he said. “But [in] one-stop race, track position is quite important.

“We are allowed to race by the team. It’s always a privilege to race with Fernando so it makes me smile.”

Although the pair came close to contact at times, Alonso said they took care not to collide. “We know before we start that we can race but never touch each other, so we never do,” he said.

He eventually got the better of his team mate and pulled away before retiring with a technical problem. “I felt that my car was in the window working a little bit better today so I had the opportunity to overtake and pull away a little bit,” he said. “The main threat, as I said, it was Bottas. Bottas was fast today and it was not easy to keep him behind.”

Team principal Otmar Szafnauer said he was satisfied with how his two drivers conducted themselves. “They did exactly what we talked about before the race, and it was good for everybody.

“As it turned out, had Fernando not stopped on track, we would have been sixth and seventh and we would have given the fans – and we did give the fans – a bit of a show. And I think that’s what it’s about. You’ve got to let them race.”

However he admitted they were “losing a little bit more time than I anticipated” and confirmed that if they were in the same position at the end of the race Alpine would call off the fight.

“We will definitely do that,” he said. “In all my time in Formula 1, when I was in a position to be able to tell the drivers what to do if, at the end of the race, 10 laps to go, even 15 laps to go, there is no value in swapping the two, meaning you can’t catch the guy in front of you and nobody behind you can catch the two of you. You hold station.

“That’s really hard to do at the beginning of the race because you can you can’t predict what’s going to happen. But towards the end of the race, if there’s 10 laps, 15 laps, 20 laps to go, it is about maximising the team points. If a ‘hold station’ means maximising team points, that’s the way to go.”