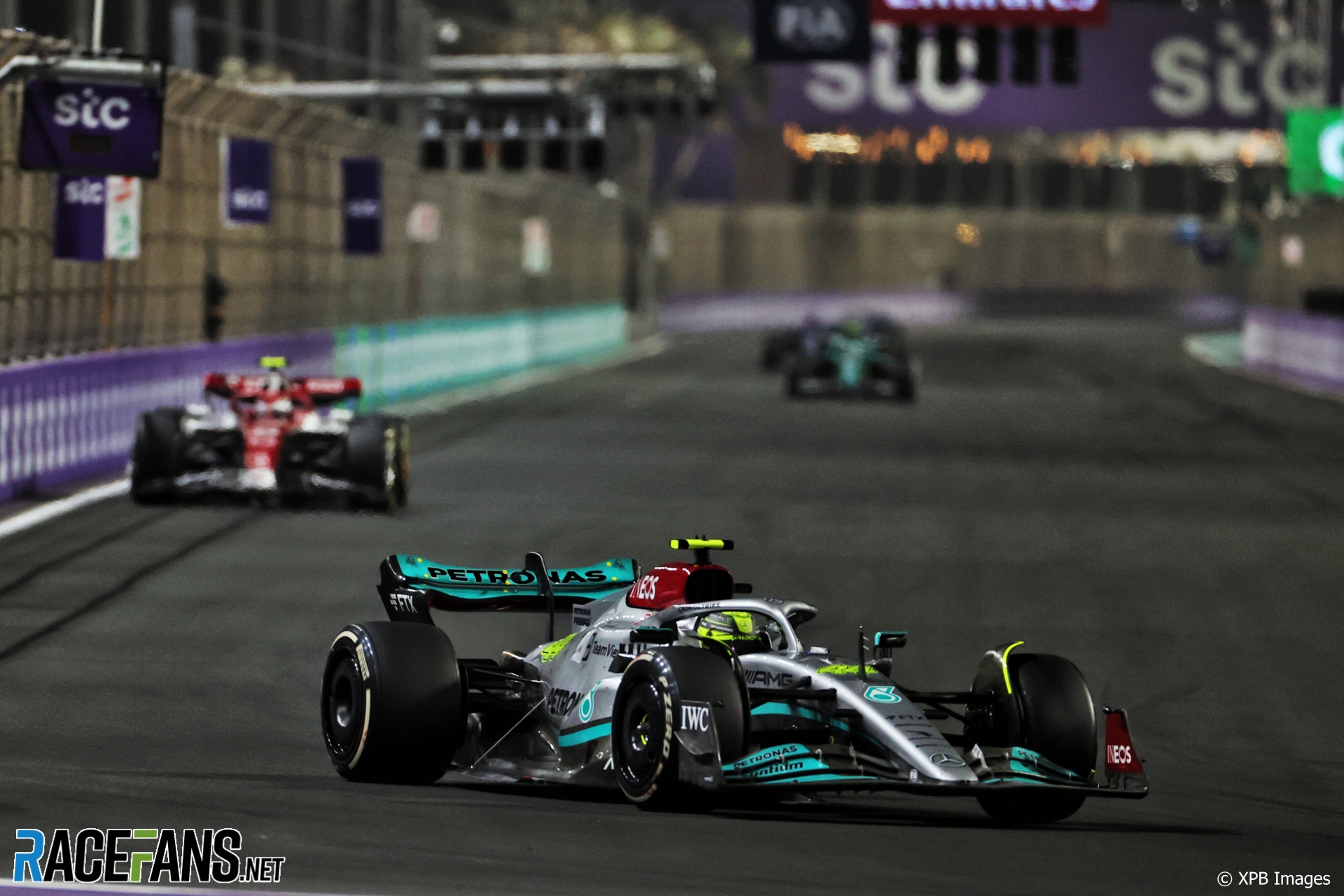 He went out in the first round of qualifying on Saturday and although he climbed as high as sixth place at one point in the race, he fell to 10th at the flag.

Mercedes’ performance has been compromised by ‘proposing’ problems on its car. Hamilton said set-up changes had reduced the bouncing during today’s race, however he feels the car remains weaker than the competition in terms of straight-line speed.

“We didn’t have any porpoising today,” he said. “[But] we’re still really down on the speed trace.

“So I don’t know, it’s not just one fix, it’s several things. I don’t know how much drag we have compared to the others but it feels like a lot.”

After working his way forward in the first half of the race and running behind team mate George Russell, Hamilton lost ground when he didn’t come into the pits during a Virtual Safety Car period.

“The end result is obviously not great,” he said. “The race was going, I think, relatively well on the on the hard tyre.

“I was keeping up with George and I think putting in some decent time considering how old the hard tyres were. But the strategy at the end, I don’t know if it was strategy or just with the VSC, we lost out so much. We’ll keep working hard and just keep fighting. It’s all we can do.”

Hamilton said it feels like the team are “a long way away” from the front-runners. “Right now we’re not fighting for the top step. We’re still far off the guys ahead. We’ve got a lot of work to do.”