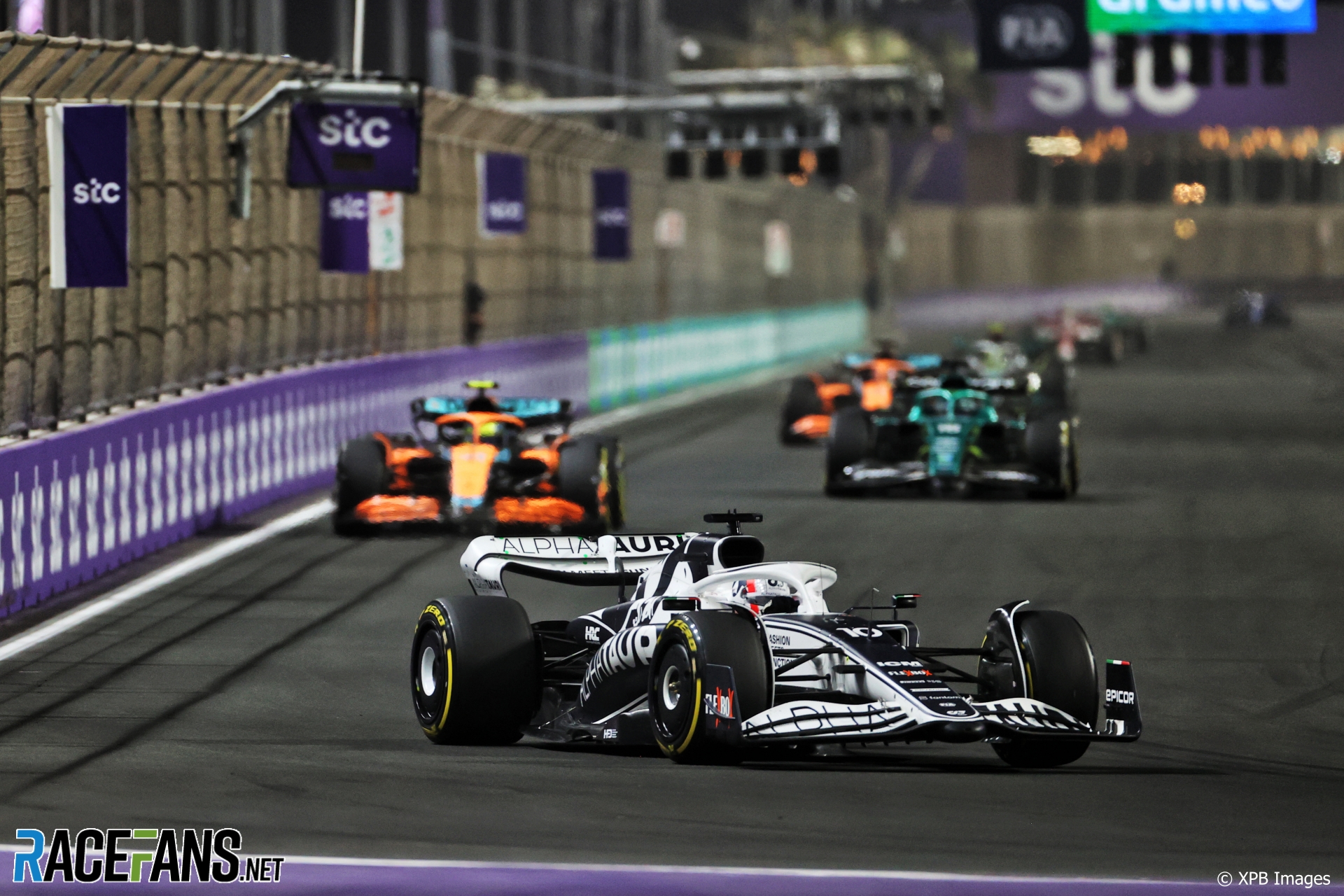 Pierre Gasly says he was in severe pain over the final laps of the Saudi Arabian Grand Prix, which he finished in eighth place.

“The last five laps, it was just about surviving,” the AlphaTauri driver said in response to a question from RaceFans. “I was just massively in pain so I was just counting the laps to end. That’s why I’m happy we managed to finish the race in P8.”

Gasly said he’d never experienced a pain like it before. “I had the feeling like every left turn there was someone stabbing me on the inside the intestine, so it was not nice.”

“It’s been the most painful last 15 laps of my entire career,” he added. “I don’t know what’s happened with my intestine, but I was dying inside the car. I was screaming because of pain.”

On his way into the pits after the race Gasly said on his radio “it’s been the worst last five laps of in my life. I don’t know what’s happened but so much pain.”

Despite his uncomfortable end to the race Gasly said afterwards he was “really happy” with his result, having dropped out of the top 10 early in the race but recovered to finish in the points.

“It was very unlucky timing with the pit stop,” he said. “We boxed and literally as I came out of the pit, I saw the safety car came out. I dropped to P14 after that and managed to make our way back to P8. So we can be happy and on my side.”