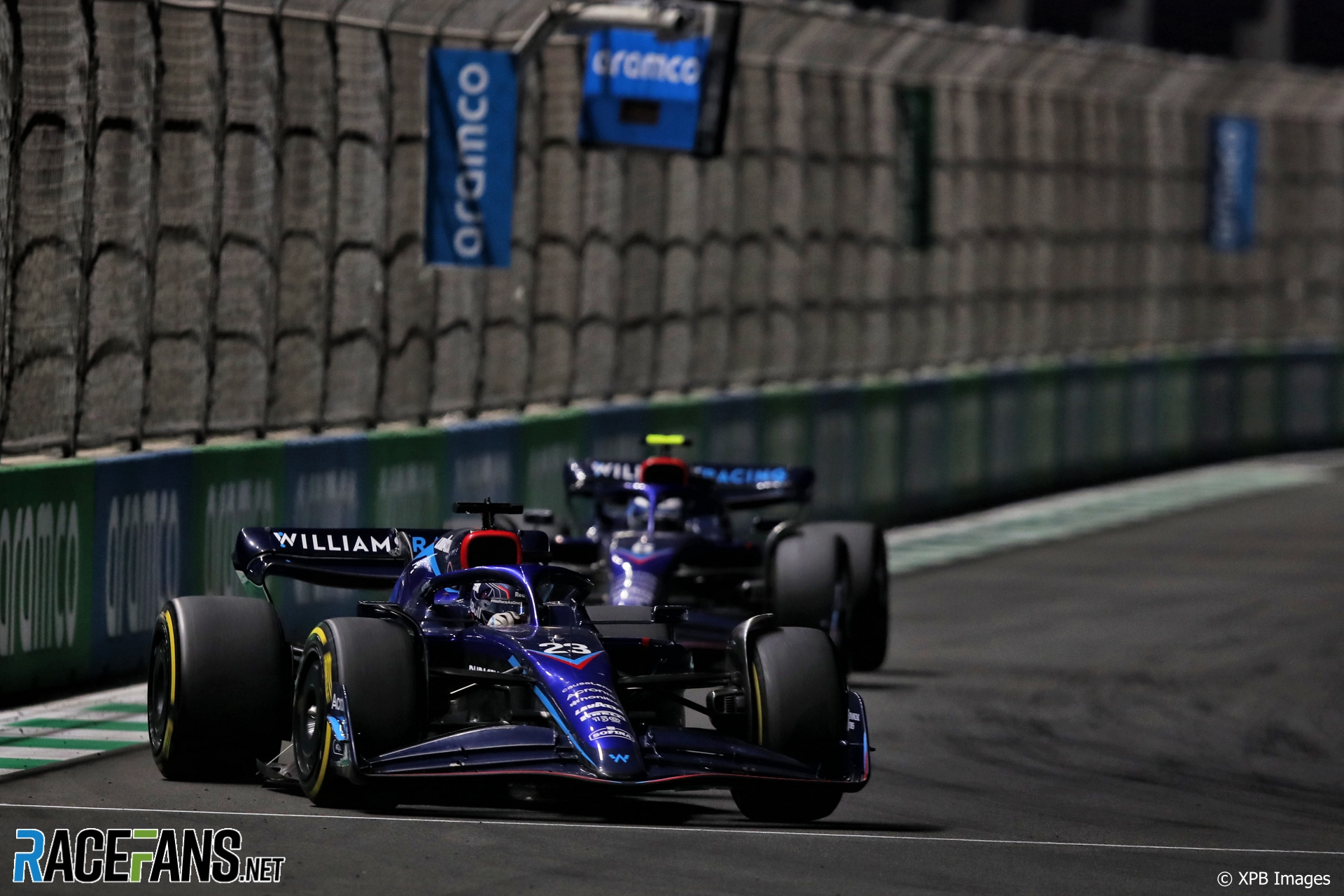 Alexander Albon will have a three-place grid penalty for the Australian Grand Prix after the stewards ruled he caused a collision in today’s race.

The Williams driver retired from the race after tangling with Lance Stroll at turn one on lap 47. After speaking to both drivers and their teams, and consulting video replays, the stewards ruled Albon was largely to blame for the collision.

“Car 23 [Albon] was attempting to overtake car 18 [Stroll] on the inside by braking late,” they noted. “In executing the overtaking manoeuvre, car 23 locked up and collided with car 18 at the apex of
the corner.

“We determined that car 23 was wholly or predominantly to blame for the collision.”

In addition to the three-place grid penalty, Albon was given two penalty points on his licence. These are the first he’s collected since returning to F1 following his year as a reserve driver.

The stewards also confirmed no action will be taken over the investigation which was announced into the yellow flag incidents during the final two laps of the race.

The stewards had noted Sergio Perez, Carlos Sainz Jnr and Kevin Magnussen may have failed to slow sufficiently for the yellow flags which were displayed during the final two laps of the race. However they later announced “after reviewing the data we determined that no further investigation or action was required.”

22 comments on “Albon gets three-place grid penalty, no action on Sainz and Perez yellow flag incidents”