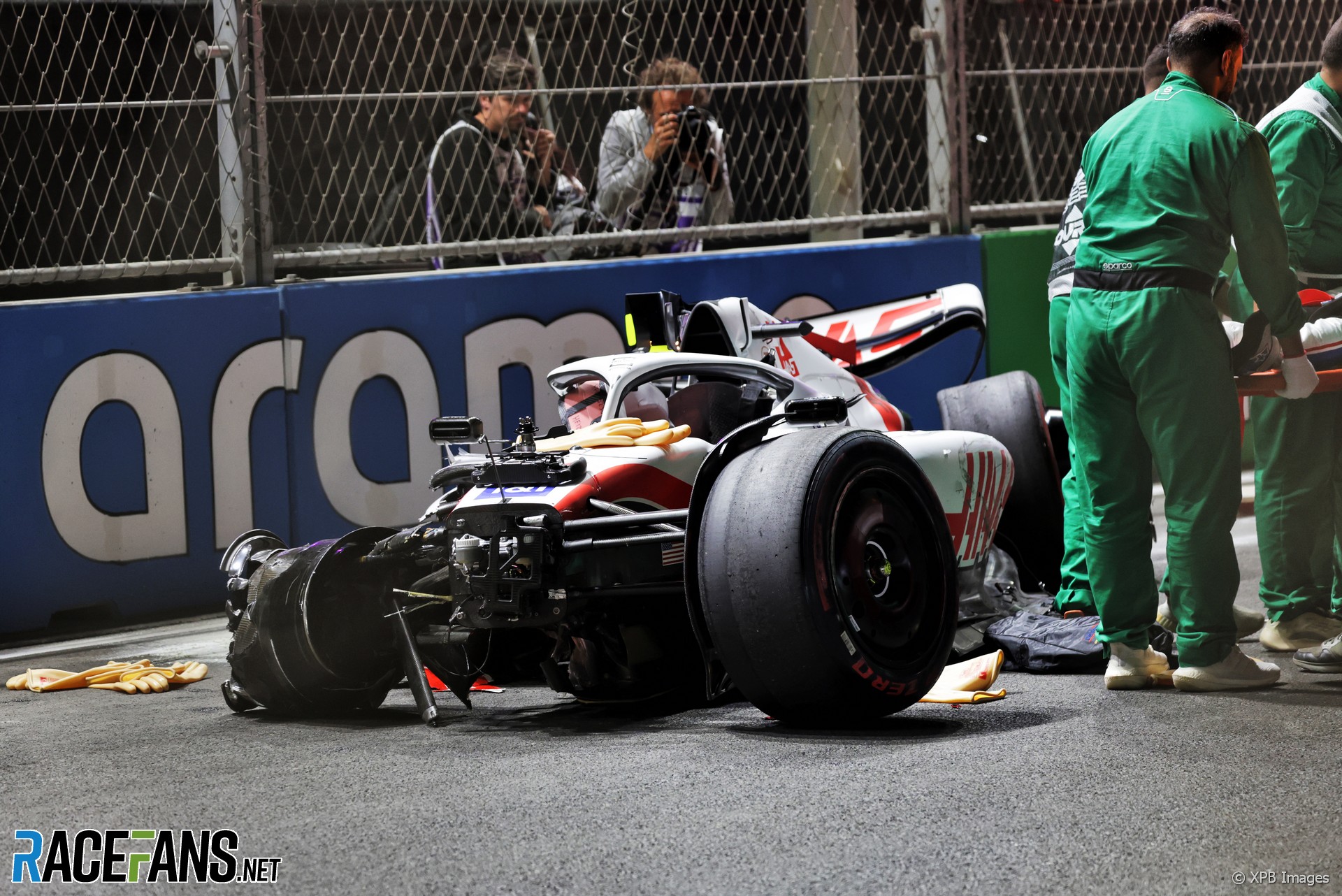 Mick Schumacher appears to be in good shape, his team have said, following a heavy impact with the barriers during qualifying for the Saudi Arabian Grand Prix.

The Haas driver lost control of his car on a kerb at the exit of turn 10. His car snapped sideways and the right-hand side of his car struck the barrier hard. Much of that side of the car was destroyed, and the Haas came to a stop a long way from the scene of the impact.

The session was red-flagged immediately while the medical team attended Schumacher. Haas later confirmed the driver appears to have no significant injuries.

“Mick is physically in a good condition but will be flown by helicopter to hospital for further precautionary check-ups,” said the team in a statement.

Schumacher was seen being taken from the circuit by helicopter. The FIA confirmed he is undergoing checks at a nearby hospital.

“The FIA advises that an incident occurred during qualifying for the 2022 FIA Formula 1 Saudi Arabian Grand Prix today, 26/03/22, involving car number 47, Mick Schumacher,” read a statement from the governing body.

“Assessment at the Medical Centre revealed no injuries, and he has been transferred to King Fahad Armed Forces Hospital, Jeddah, for precautionary checks.”

Schumacher is the second driver to be taken to hospital after a crash this weekend. Cem Bolukbasi sustained a concussion in a crash at the same corner during the Formula 2 practice session yesterday, and was ruled out of the rest of the weekend.

His team principal Guenther Steiner said it did not appear as though anything had failed on the car prior to the crash.

“It seems like he has gone on the kerb but then just lost the car,” he told Sky. “Double wheelspin and you know how quick it goes.

“But it doesn’t seem there was no breakage or anything, we couldn’t see anything. We just lost all the data as well, immediately, on the impact – we had no contact with him and no data anymore, it just cut everything off. I guess with the impact just everything was destroyed.”