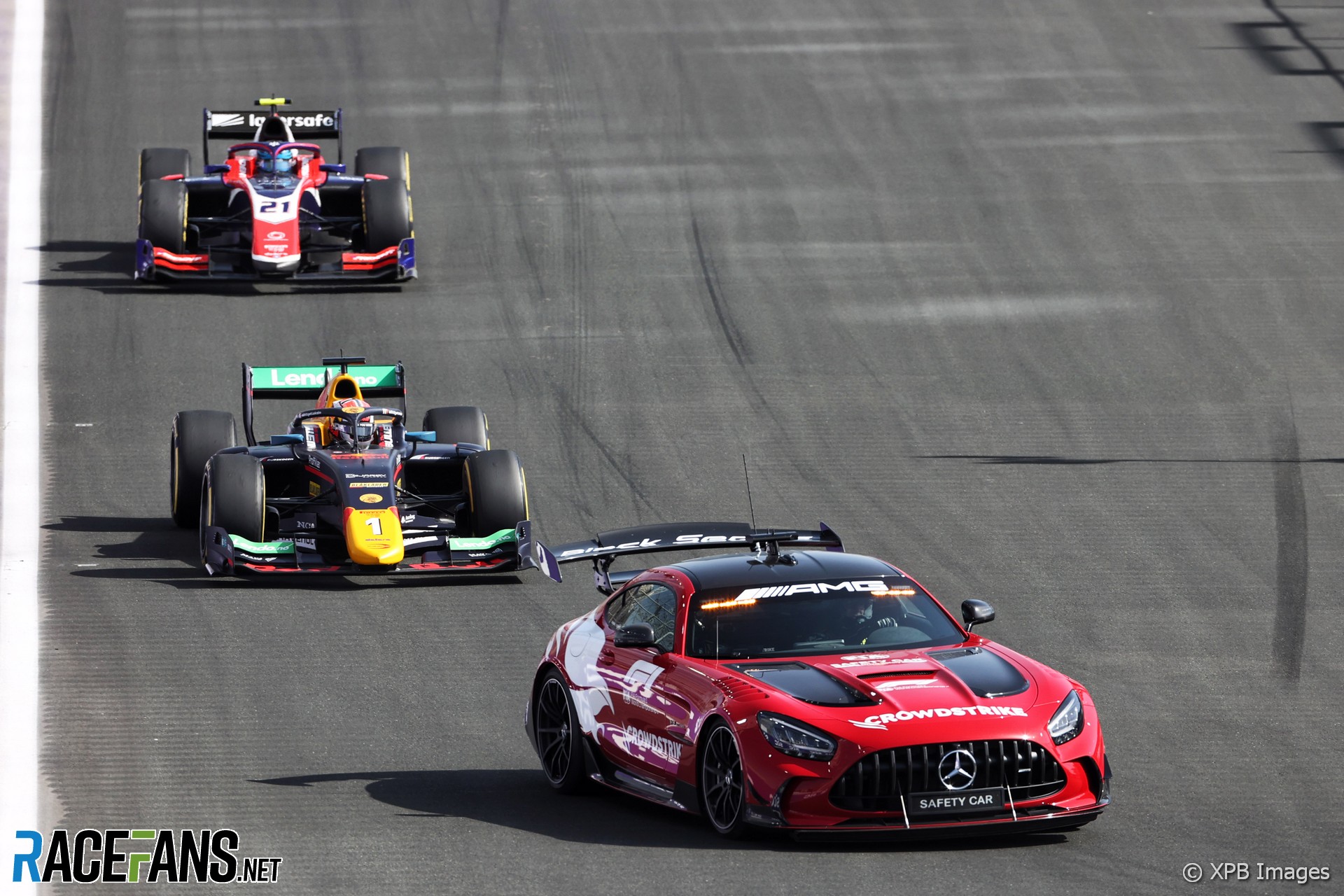 The Prema Formula 2 team has submitted a protest over the results of today’s sprint race in Jeddah following Dennis Hauger’s penalty.

Hauger, who led the race from pole position, was penalised after entering a closed pit lane during a Safety Car period. Prema pointed out they had been instructed to do so by the race director.

The Red Bull junior driver started from pole and was able to keep position off the line, defending from Calan Williams. The race was neutralised on lap two, following a crash for Amaury Cordeel and proceeded behind the Safety Car until the end of lap six.

Racing restarted at the beginning of lap seven, with Hauger again keeping the lead. However, another Safety Car period was almost instantly called after Jack Doohan and Logan Sargeant crashed.

Drivers were immediately instructed to drive through the pit lane in order to catch up to the Safety Car on the following lap. However by the time leader Hauger came around to the pits, race control appeared to have recognised the hazard and the LED flag panels began to display the cross symbol, indicating that the pit lane was closed.

Having not been informed of this by his team, Hauger drove around Doohan and Sargeant’s cars to enter the pit lane – which no other car behind him did – putting him down to 12th place by the time he re-emerged.

By lap 14 of the heavily disrupted race, and still behind safety car, Hauger was informed that he would be given a 10-second stop-go penalty for entering the pit lane when it was closed. He had two discussions with the pit wall about the penalty, before coming in to serve it when racing restarted on lap 13.

Hauger finished the race last, after serving his penalty, 30 seconds behind the rest of the field.

The FIA has called a hearing with Hauger and his team, due to a protest lodged against the results of the sprint race by Prema. The official document reads “having received a protest from the competitor regarding the provisional classification of the sprint race (race one), a hearing is convened to discuss the protest.”