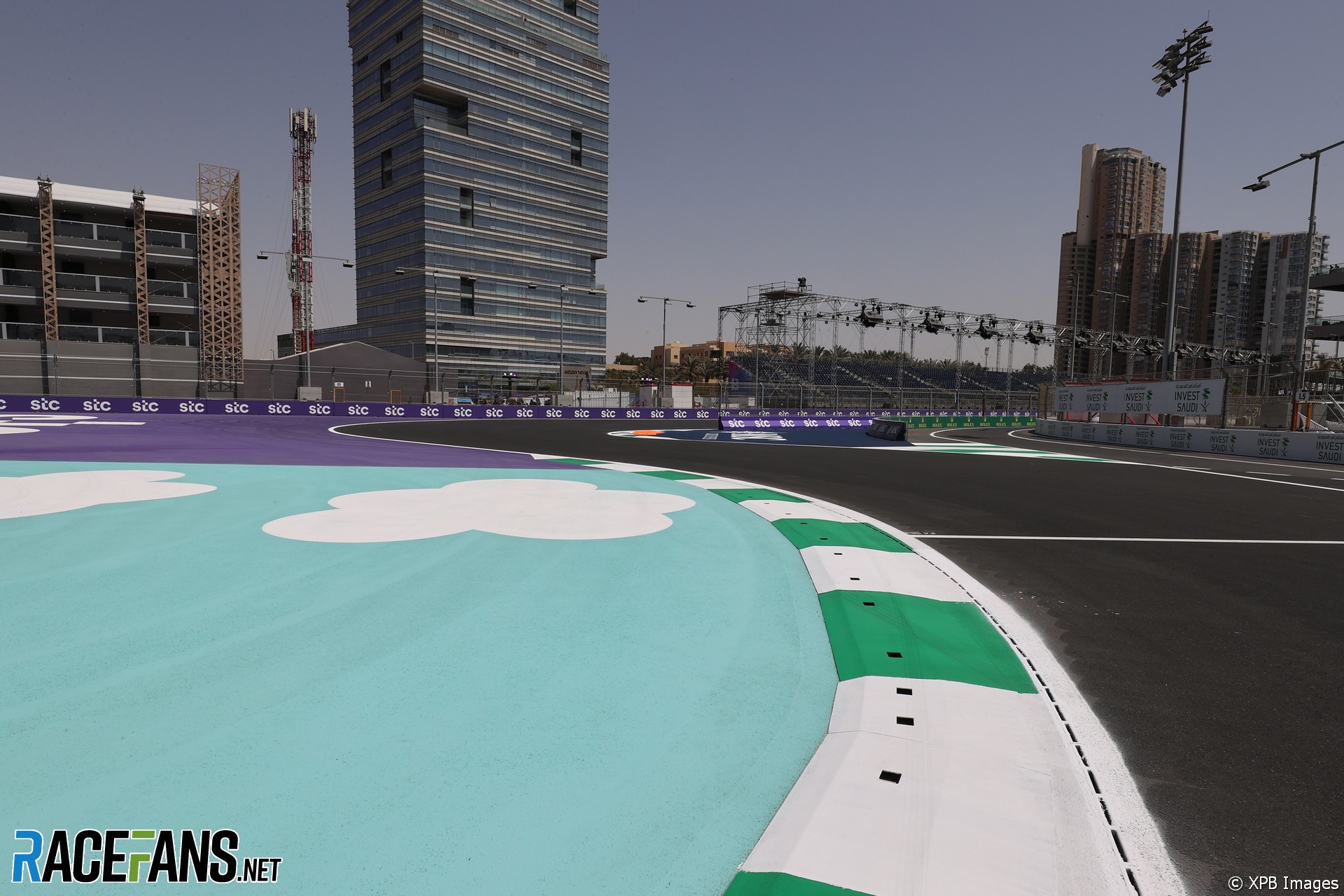 Formula 1 drivers say changes made to the Jeddah Corniche Circuit to improve safety ahead of this weekend’s race will make little difference.

The second-quickest track on the F1 calendar won some praise from drivers when it held its first race last year. However some also raised concerns about the poor visibility in several of its high-speed corners.

The race organisers agreed to make a series of changes to improve the sight lines through several corners. But three drivers who spoke to media after inspecting the track on Thursday expressed doubts over whether they will make a noticeable difference.

“I don’t know if it will be so significant that we will see a completely different situation,” championship leader Charles Leclerc said in response to a question from RaceFans. “From one year to another it can be very different.

“It depends on how much traffic we have and this often depends not only on the track but also on the drivers. This we’ll have to wait and see. But I don’t see the changes made doing a huge difference to the scenario of last year.”

“It’s going in the right direction, but I don’t think it’s enough,” Leclerc added. “Especially in the last part of the track, from what I’ve seen.

“But the first part from turn four to turn 12 it didn’t change much what was probably the most critical part. Let’s see tomorrow how it feels in the car but I don’t think it’s a massive change.”

The FIA confirmed changes have been made at nine of the track’s 27 corners. Barriers have been moved back at turns two, three, 14 and 21; other barriers at turns four, 16, 22 and 24 have been rounded to improve visibility and the circuit has been widened at the exit of the final corner.

But Haas driver Mick Schumacher, who suffered a heavy crash during last year’s race which caused one of two red flag periods, described the alterations as “very minor.”

“Still some of the corners that we have could have been just a straight,” he said. “It would have been easier, just less numbers also to remember. I think that it’s something that will probably evolve with time.”

The track is holding its second race just four months after the first. The race promoters said last month there had not been enough time to make all of the alterations suggested by the FIA.

Carlos Sainz Jnr said the modest extent of the changes showed the drivers need to continue making representations to the sport’s governing body to improve the track.

“I was commenting with Charles that they just moved the wall but the driving line will still be close to the wall. Which means our visibility doesn’t improve.

“Which for me just shows that we need to keep making this relationship with the FIA tighter, better because we expected a step in the right direction. In my opinion, this is not much better. It’s marginally, very small, tiny bit smallest ever better.”