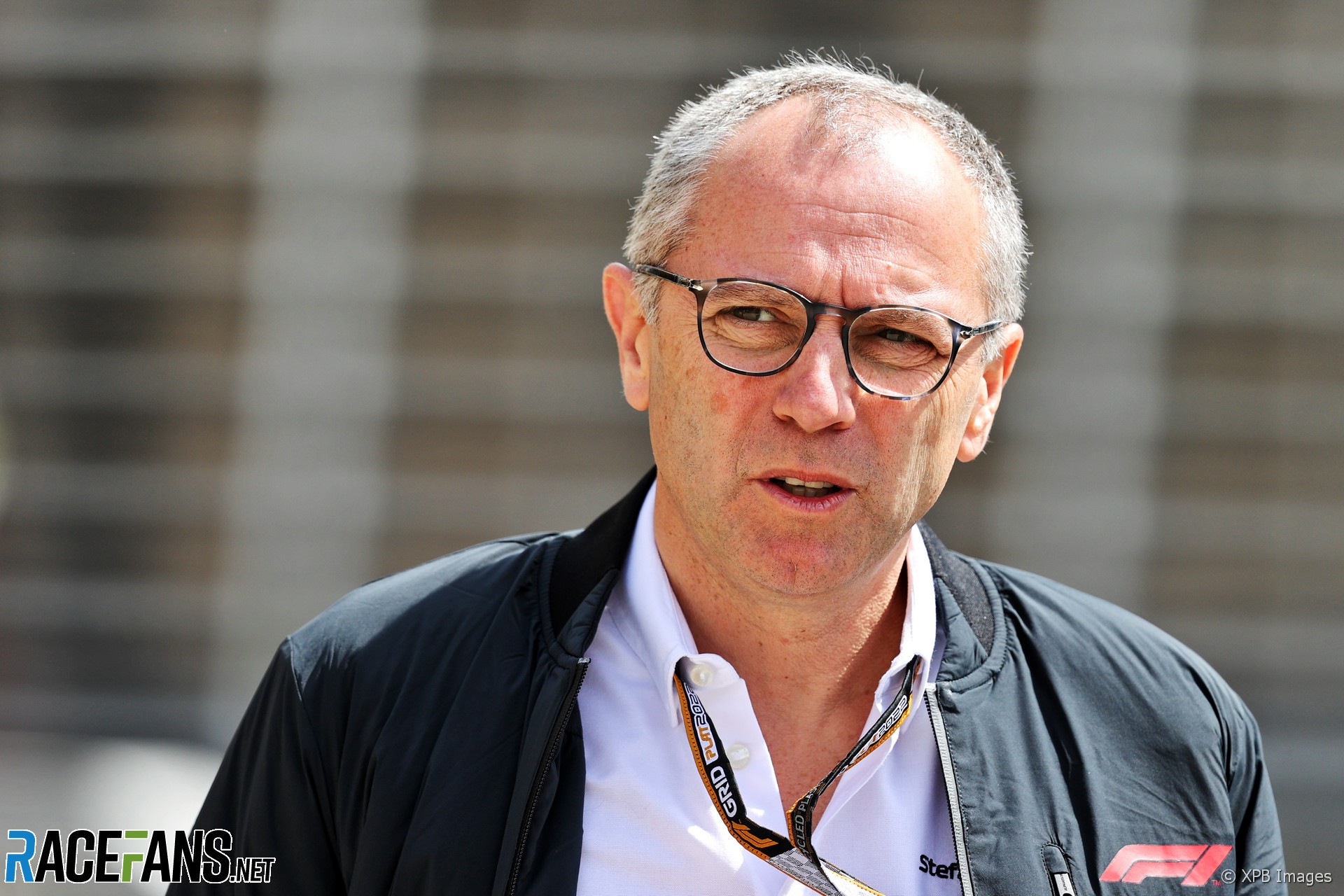 Formula 1 CEO Stefano Domenicali has caused a stir by indicating he has enough interest from promoters to fill 30 places on the calendar.

His remarks were immediately seized upon by some as being evidence he is planning a 30-race F1 calendar. However, Domenicali indicated he has another approach in mind to take advantage of the growing interest from those who want to hold races.

The 2022 F1 calendar was supposed to feature a record 23 rounds. However one of those venues is currently listed as ‘to be confirmed’.

Domenicali’s team is presently engaged in finding a replacement for the Russian Grand Prix, which was cancelled indefinitely in response to the country’s invasion of Ukraine. Following the outbreak of war last month he told investors he expects “no problem at all” replacing the race.

He underlined that confidence in an interview for Sky last week, saying F1 has “potential to go to 24” races in the future. “I would say there is potential to go to 30,” he added, indicating the level of interest from those wishing to hold races. These are believed to include a third race in the USA, where F1’s popularity is rising.

However F1’s contracts with teams and the FIA, known as the Concorde Agreement, caps the number of races per year at 24. Team principals are increasingly unwilling to subject their staff to longer and longer calendars. Just last week the FIA said it is rotating the role of race director between two people this year to ease the burden upon them.

Even among those who feel their employees should be happy to cover so many races, there is a feeling that more race weekends would be too much of a good thing.

AlphaTauri team principal Franz Tost said last October that “we all should be happy that we are in a position to be in Formula 1 and to have 23 races and if someone doesn’t like it then he should go.” But ahead of the new season he commented: “For me 23 races is the absolute limit, not from the workload point of view, but because I am concerned that with such a high number of races, in the end it could cause people to lose interest in Formula 1.”

Rather than a NASCAR-style schedule of months featuring a race every weekend, Domenicali indicated he is considering a new approach to bring F1 to more locations.

“We need to be balanced, we need to see what are the other opportunities,” he said. “Very soon we are going to tell everyone what is our strategy to develop that market.”

What is that strategy likely to be? Since taking over as Liberty Media’s F1 chief at the end of last year, Domenicali has overseen the introduction of key innovations to the calendar.

The first was the creation of ‘sprint qualifying’, which has been renamed ‘the sprint’ for 2022, which he says there is strong appetite for among promoters. The response among fans has been mixed, however, and not as uniformly positive as F1 tends to portray. Domenicali’s hopes of increasing the number of sprint races from three to six this year were dashed when some teams demanded more money.

In an attempt to ease the strain F1’s 23-race calendar has placed on teams this year, the weekend schedule has been compressed. Friday’s track sessions are now held later in the day, allowing the drivers press conference to take place in the morning instead of on Thursdays, which is intended to allow teams to bring more of their staff to tracks later in the week. It remains to be seen how significant a change this will prove.

If teams are unwilling to accept more rounds, and doubtful there is enough interest to sustain them, how will Domenicali accommodate greater interest from promoters? The likeliest solution would be to rotate some round between multiple venues.

That would mean certain tracks hold races in alternate years. To accommodate 30 events within a 24-race calendar, six slots would need to rotate each year.

Expect those who are prepared to pay the most to get an annual race. It may be significant that F1 has announced long-term deals with some of its top-paying promoters recently. Qatar signed a 10-year deal last season, Abu Dhabi renewed until 2030, while Bahrain recently extended its contract to 2036.

Domenicali also indicated he wants to expand F1 into regions which are lacking races, such as Africa, which last held a grand prix almost three decades ago. But expect the balance of the calendar to remain tipped in favour of those prepared to pay the most.