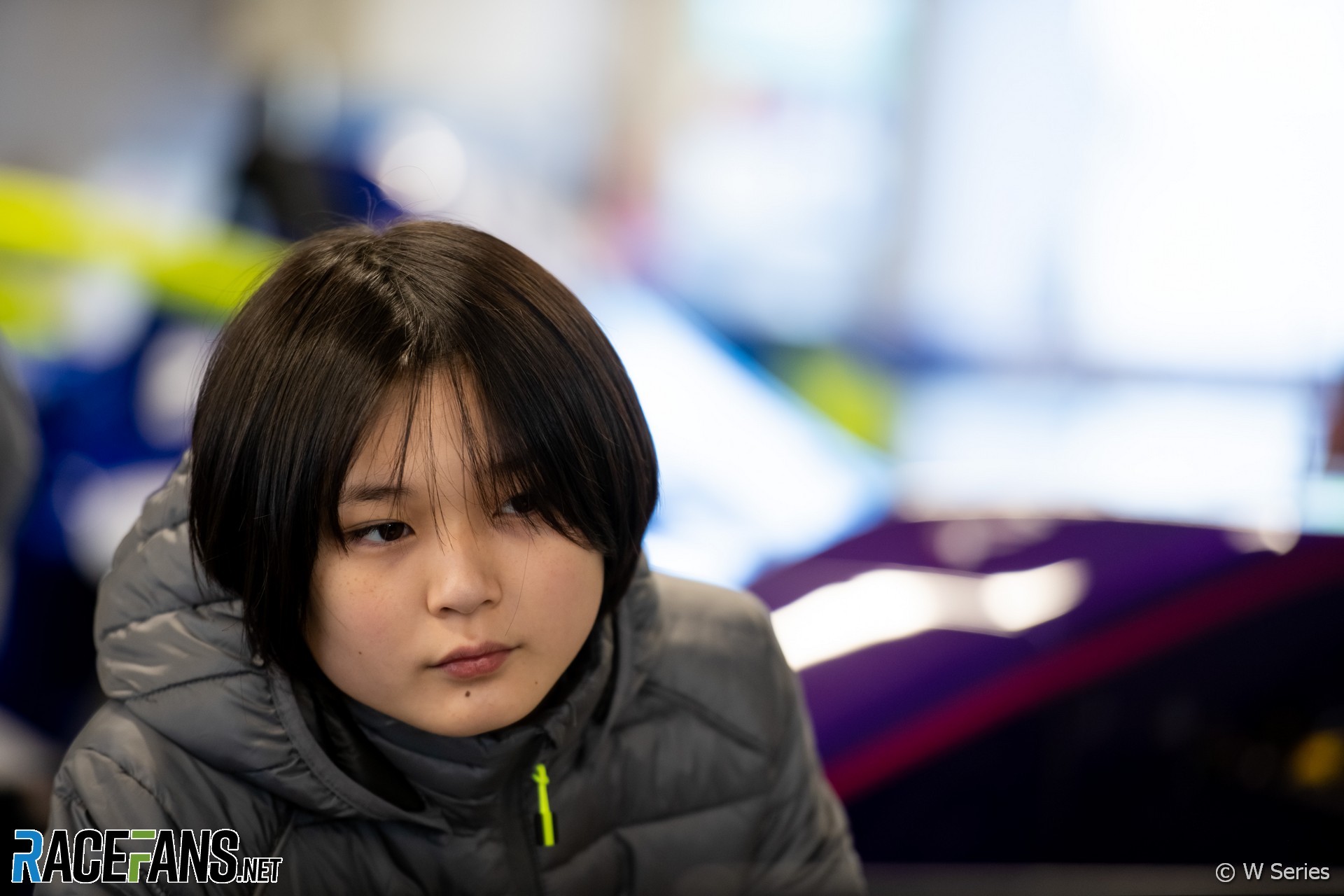 An influx of new young talent has entered the W Series for 2022, with five of the 17 seats going to teenagers.

Nine newcomers have been selected by the promoters to join the eight returning drivers who automatically qualified for the new season, which will start in May.

The series has run 18 cars per round in previous years. However the line-up for 2022 has been cut to 17 drivers. Russian racer Ira Sidorkova, who was present at the Barcelona test but replaced by Jem Hepworth, “will not compete in W Series until further notice”, the organisers said in a statement.

Sidorkova was guaranteed a seat for 2022 as part of the W Series Academy programme. However Russian drivers have been excluded from competing by several national motorsport federations, including the UK.

Russian Formula 3 driver Alexander Smolyar competed in last weekend’s F2 races in Bahrain after entering as an Authorised Neutral Driver and signing the FIA’s drivers agreement for Russian competitors. It remains to be seen if he will be able to take part in the remaining races.

Of the new drivers to the series there is a notable slant towards younger recruits. Juju Noda, the 16-year-old daughter of former F1 racer Hideki Noda, will contest the series as its youngest-ever driver. Tereza Babickova, Bianca Bustamante, Chloe Chambers and Emely de Heus are also teenagers.

W Series racing director Dave Ryan, who makes the driver selections, said: “As the profile of W Series grows, the talent pool and standard of our driver line-up increases, and the 2022 W Series grid is the strongest yet.

“This year we expanded our driver search and testing programme by staging pre-season tests in both the USA and Europe, and that decision has paid dividends. The class of 2022 represents 10 different countries, and more than a quarter of the grid are new talents making their W Series debuts.

“The five rookies are well-prepared and join a group of proven W Series performers who know what it’s all about. In the spirit of W Series, they will all drive each other forwards.”

Abbi Pulling, who impressed last season with her performances despite not having a full-time drive in the series, returns with a confirmed race seat this year. Double champion Jamie Chadwick and previous runners-up Alice Powell and Beitske Visser also return, as well as race winner Emma Kimiläinen.

Abbie Eaton, who is continuing her recovery following spinal injuries from her car launching up over sausage kerbs at COTA, does not appear on the list.

Browse all other motorsport articles