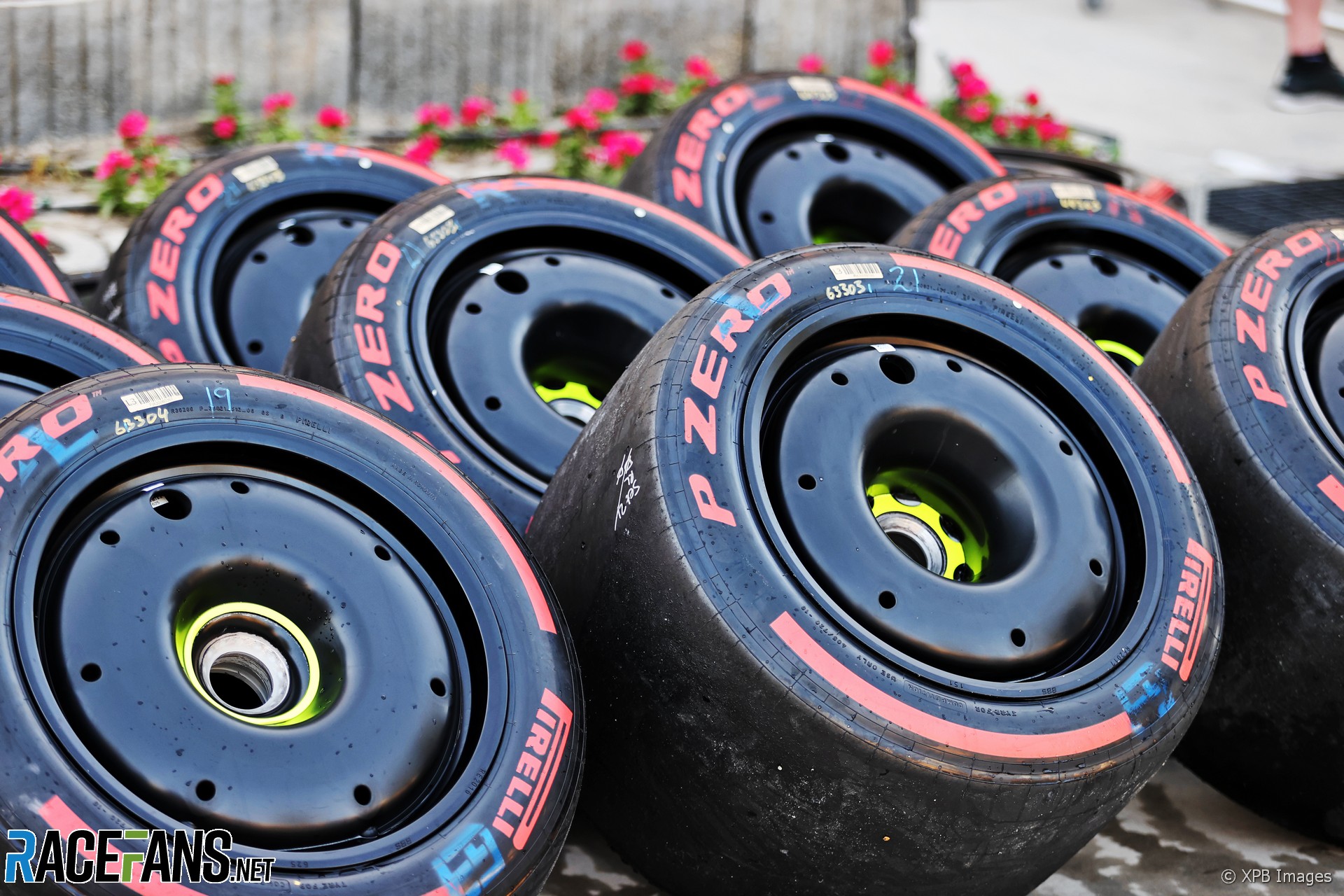 In the round-up: Esteban Ocon says drivers will face a challenge from being able to judge their gaps to the walls around the Jeddah Corniche Circuit due to the larger wheels on F1 cars this year.

Driver visibility at Jeddah will be “tricky” with 18 inch wheels, says Ocon

F1 tyres have increased in height this year, from 690mm to 720mm, and the new rules have added bodywork over the top of them as well. Drivers have predicted this will make visibility a problem when F1 visits street circuits, as it will do for the first time this year on Friday.

Ocon said drivers may find it more difficult to judge how close they are to the walls. “It’s going to be tricky for sure,” Ocon explained in response to a question from RaceFans. “The first time we are going to be in real conditions and trying to get close to the rails it’s going to be a challenge, but we’re ready to take it.”

Two-time W Series champion Jamie Chadwick will continue with the Williams Driver Academy for the 2022 season, her fourth year with the programme.

Chadwick, who recently announced she would be returning to W Series for its third season after she was unable to secure a financial package to compete in either Formula 2 or FIA Formula 3, will continue a simulator programme with the team this season.

“I’ve had a lot of support from everyone there throughout the last three years and the simulator work I’ve done has been hugely valuable for my race preparation. I’m looking forward to continuing my programme throughout the 2022 season and I know that the team will be cheering me on during my upcoming 2022 W Series campaign; I’m really proud to continue representing the Williams name on the grid.”

Williams also confirmed Jack Aitken will continue as its reserve driver. The Formula 2 race winner, who was injured in a GT crash at Spa last year, made a single start for the team in the 2020 Sakhir Grand Prix, standing in for George Russell.

Vettel was forced to miss the season opening race after testing positive for the coronavirus, with Nico Hulkenber stepping in. Krack says that Vettel is still able to play a role in the team from quarantine.

“He was participating in the debrief now,” said Krack. “He was sounding less rough than he was sounding a couple of days ago. But we don’t know. We need to see how he goes for the next days. We hope he will be back soon.”

No matter what is thrown at us, we will continue to do what we do best: push as hard as we can and never give up. Thanks for your incredible support, even in these tough situations. For now, we’re going to regroup, come back next week in Saudi and give it our best. Cheers.

Good hustling out there 👊🏻 @HulkHulkenberg

Five things we learned at the Bahrain Grand Prix (Williams)

"Alex was calm and collected throughout the race and he has had an excellent start to his Williams career. Qualifying and racing with a new team is never straightforward as there are so many procedures to learn and relationships to form. However, after solid simulator and winter testing programmes, he was able to acquit himself very well all weekend."

"Despite the sport's well-funded emphasis on air flow, F1 is no longer the last word in rolling road wind tunnels. Now that honour belongs to Honda Automotive Laboratories of Ohio, where a new $124 million, 192 mph (310 kph) facility is about to commence operations."

This Alpine A4810 concept is powered by hydrogen (Top Gear)

"The Alpine A4810 concept is a two-seater berlinette with aerodynamics heavily influenced by Formula 1 and afternoons spent doodling through double maths."

The 2022 F1 season is one race down, but how much can fans really read into the results? There’s plenty still to learn about the new order in Formula 1, says @sonnycrockett…

I’m delighted for Ferrari fans who must’ve woken this morning with a very warm glow!

Looking at the rest of the field, I can’t help thinking back to the first race of the V6 hybrid era, Australia 2014. Rosberg’s win hinted at what was to come from Mercedes but the rest of the results gave nothing away. McLaren came home second and third – albeit after Ricciardo was disqualified – a level of performance that they failed to match for a very long time.

Clearly Ferrari have a great car and Red Bull have some raw pace but the reality is that this new era of F1 will take some time to define itself. In the meantime my hope is that, like MotoGP, we get different teams taking podiums each weekend, depending on the type of circuit, and some great wheel-to-wheel racing throughout.
@sonnycrockett

32 comments on “Visibility at Jeddah will be “tricky” with F1’s bigger wheels, says Ocon”