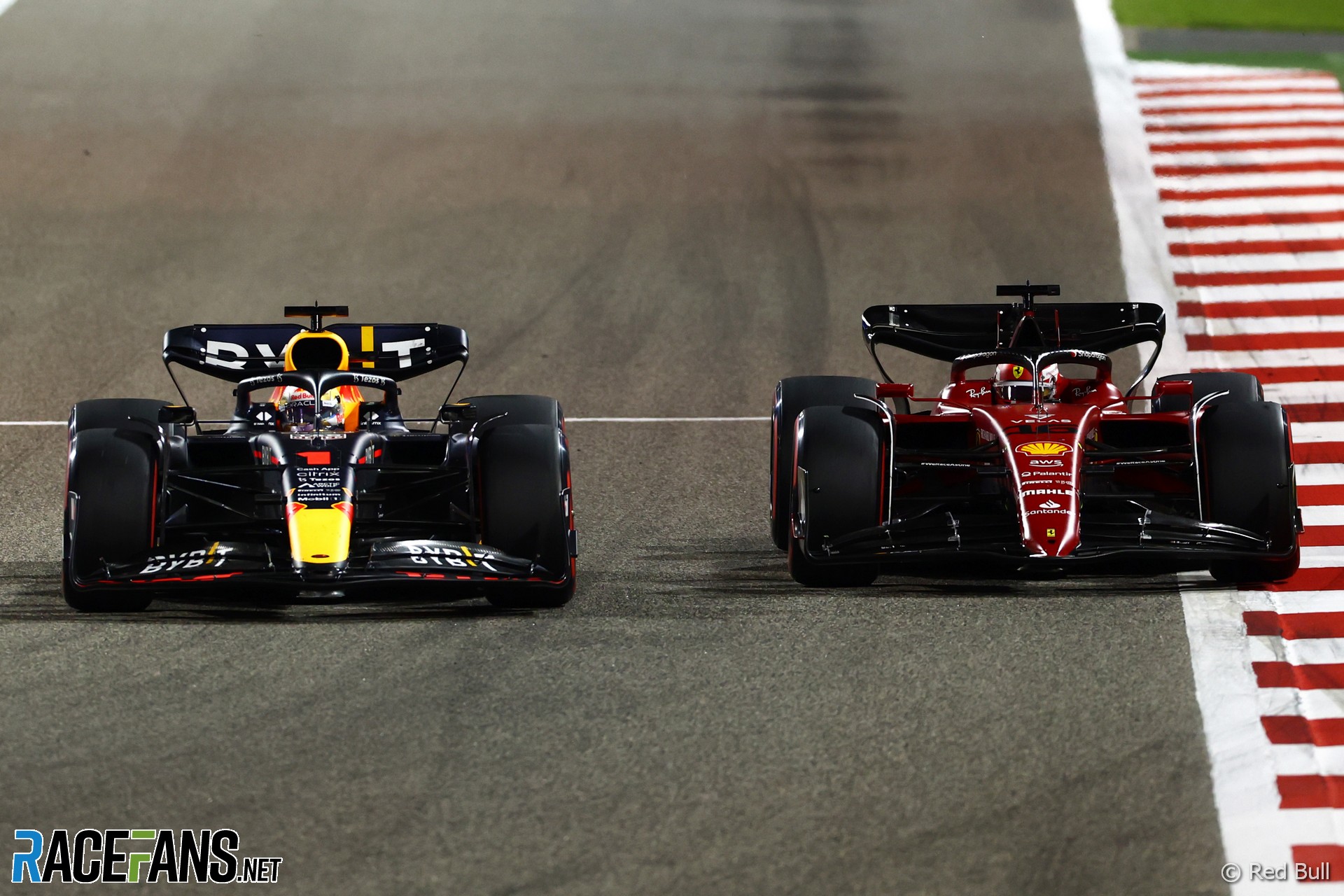 Ferrari are convinced Red Bull remain a serious threat for the championship despite their rivals failing to score in the opening race of the season yesterday.

Charles Leclerc won the race from pole position but was chased all evening by Max Verstappen, who split the two Ferraris on the grid.

“I think that the others are very, very strong,” said Ferrari team principal Mattia Binotto on Sunday evening. “They proved to be very strong yesterday in the quali, it was really a matter of details.”

Verstappen was on course to finish second until a suspected power unit failure put him out with three laps to go. He also encountered braking and steering problems during the race.

“Today they could have been stronger, but maybe they had some reliability issues or there is something not perfect on their car from what we may understand from the radio communications,” said Binotto.

“They would have been very fast otherwise. If I look at the first stint of Max on used tyres he was keeping the pace of Charles.

“So I think we should not forget also they are the world champions. They are still the favourites. And I think what we can try to do is to do our best.

“Jeddah in a week’s time can be a completely different picture. And I think we need to wait as I always said at least four or five races to assess.”

He said the team’s start to the season went beyond their best hopes for the race after Charles Leclerc led Carlos Sainz Jnr home in Bahrain.

“I think the one-two we were not expecting, or even not hoping for it, and finally it’s what we got,” said Binotto. “I think as we said Charles did a fantastic race, Carlos as well, it has been a bit more difficult weekend for him.”

The SF-75 is Ferrari’s first car to win a race since 2019. Binotto described it as “a good starting point” for development over the rest of the season.

“We should not forget there have been only six days of winter testing so three days per driver trying to understand, learn and adapt to the car. I think in that respect there is still much to learn and this weekend has been very useful in that respect.

“Both drivers had more opportunities because of free practice, qualifying and the race to try to learn and understand the car. We’ve got now plenty more data as well. I’m pretty sure that the next race we will start to exploit further the car. There is still potential in that car, certainly, and I think Carlos is a good example, there is more potential to extract.

“Then we need to develop the car but when you’ve got a good baseline, when they are developing, you need to make sure that whatever you are bringing to the car [improves it].

“That’s even more important now that we’ve got a budget cap. So we cannot make it wrong because we have only few opportunities for development and whatever we will do, we need to make sure that those ones are the proper and the right ones.”