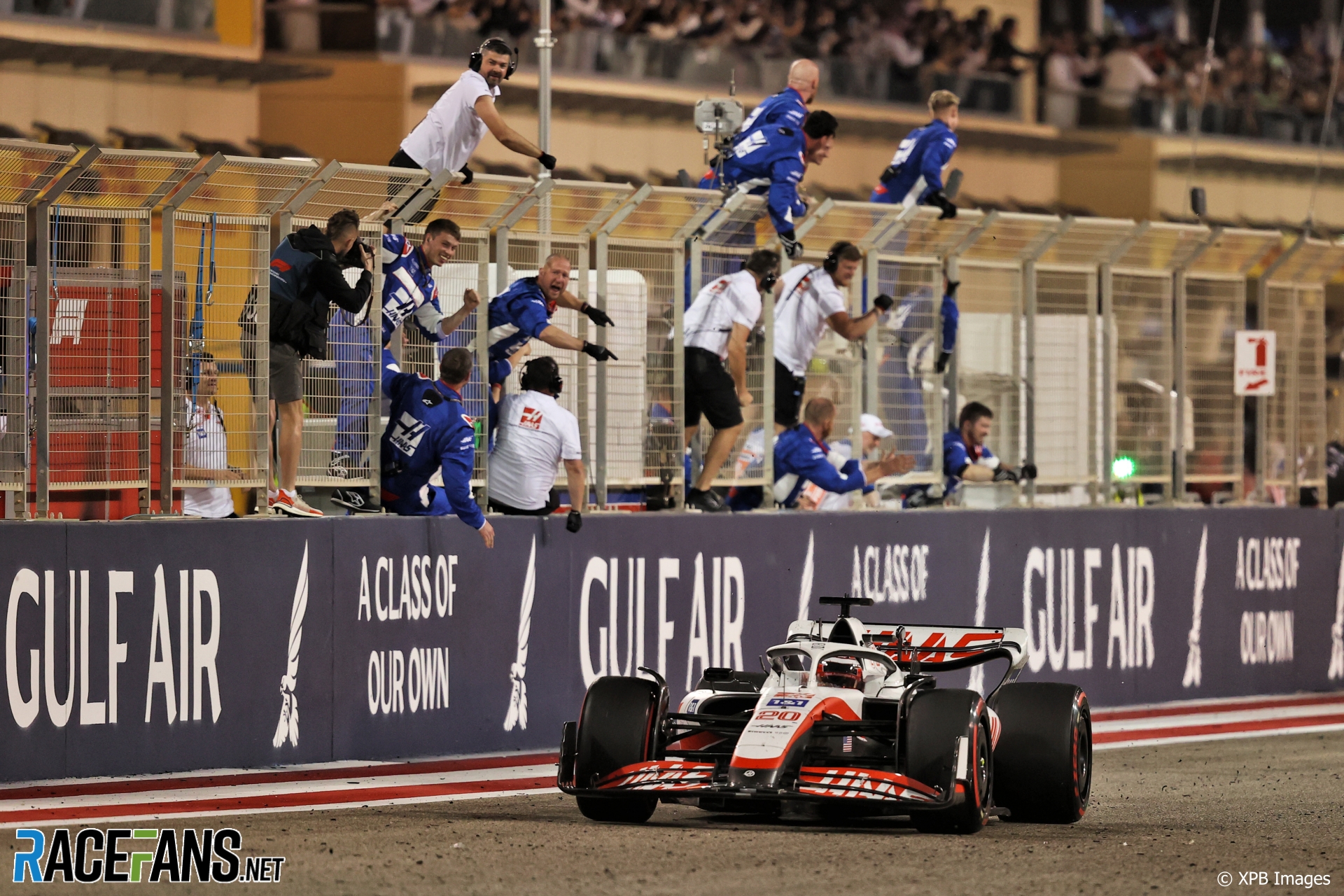 Kevin Magnussen said he couldn’t believe the opportunity he’d been given after taking fifth place on his return to Formula 1 with Haas.

Just 11 days after being announced as Nikita Mazepin‘s replacement at the team, Magnussen finished behind the Ferrari and Mercedes drivers in yesterday’s Bahrain Grand Prix.

“I enjoyed it a lot,” said Magnussen. “It’s so good to be back in this position.

“I’ve just got to say a massive well done to the team, getting this car into this position. We were the strongest car in the midfield.”

Magnussen ran ahead of George Russell’s Mercedes at one point. “I could actually see the Mercedes for almost the whole race,” he said. “I know we’ve got a Safety Car at the end, so that helped a little with that.

“But it was just a different story to in the past. I’m so thankful again, I keep saying this all weekend that I just can’t believe this opportunity that I’ve got here. P5 today is crazy.”

His return to Haas came about after the team dropped Mazepin after it severed its ties with his father’s company Uralkali. The two Russians have since been sanctioned by the European Union in response to the country’s invasion of Ukraine.

Magnussen therefore had no input into the development of the car which he drove for the first time in pre-season testing. “The team has done an amazing job,” he said. “This is all down to them, I had nothing to do with this car. I just came in and drove it when it was done and it’s a great car.”

However he expects top-five finishes will be harder to come by in the following races. He gained two places in the final laps when Max Verstappen and Sergio Perez retired.

“We’ve just got to focus on that midfield,” he said. “I think [Valtteri] Bottas and [Pierre] Gasly look like they are going to be [close], and [Fernando] Alonso. We can also say [Esteban] Ocon.

“The midfield is kind of our focus. We know that we got lucky with the two Red Bulls. If we can finish P7 in Jeddah, it’s the same as today, basically. We were just lucky today with getting four more points than we would have with P7.”