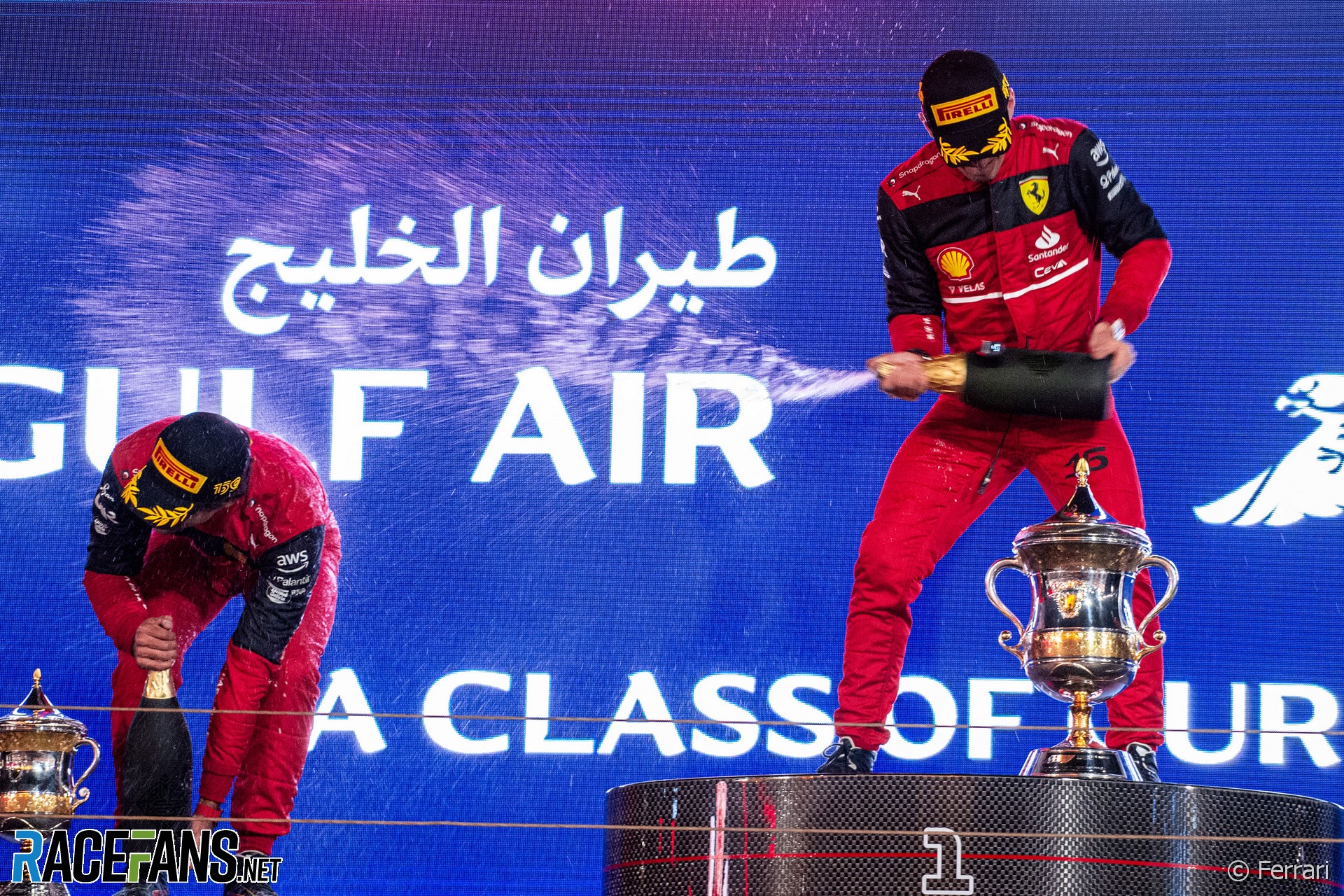 Ferrari drivers Charles Leclerc and Carlos Sainz Jnr welcomed the prospect of fighting each other for the world championship after finishing first and second in Bahrain yesterday.

The pair gave the team its best start to a world championship in more than a decade. That raised the prospect of a rivalry between the pair as compete against each other for the title.

“It’s a great problem to have,” said Carlos Sainz Jnr, who was Ferrari’s top scorer last year but finished second to his team mate on Sunday.

“It’s just great news for Ferrari and for us because it’s where Ferrari should be and it’s where Charles and I want to be in our lives, fighting for world championships.”

Leclerc’s win yesterday was the first for the team since 2019. He demonstrated Ferrari’s potential in by taking pole position, while only Max Verstappen separated him from his team mate on the grid.

“Before the race, Charles and I were working together and the first thing that we said to each other is how good it feels just to be starting first and third and to finally be fighting for something bigger, and together,” said Sainz. “We kind of had that moment of just realising that we are in the fight this year, and it was… between us a good moment to reflect and to realise that we are a lot luckier in that sense that last year, and we have a good fight in our hands.”

Leclerc also welcomed the prospect of a season-long fight for the world championship with his team mate.

“I think it’s a very good problem to have,” he said. “Coming into the season we surely knew that we were going to be in a better position compared to the past two years but we didn’t really know where, and now we see that we are actually in the mix to fight for the title so it’s amazing.

“We are both very, very happy to have a car that is capable of winning. And we’ll fight for it, for sure.”

Ferrari’s one-two was secured when Verstappen was struck down by a power unit problem late in the race. Leclerc, who lost a potential win at the track due to a technical problem three years ago, revealed he played a joke on his team on the final lap by briefly pretending he also had a problem with his car.

“I did a bit of a joke on the radio on the last lap, saying that there was something strange with the engine, which gave a heart attack to some of the engineers I’m sure,” he said. “But everything was fine. So I’m very happy that this time we brought it home.”

Leclerc told his race engineer Xavier Marcos Padros there was “something strange with the engine” on the final lap of the race. “Copy,” his engineer replied, laughing as he realised Leclerc was not being serious.