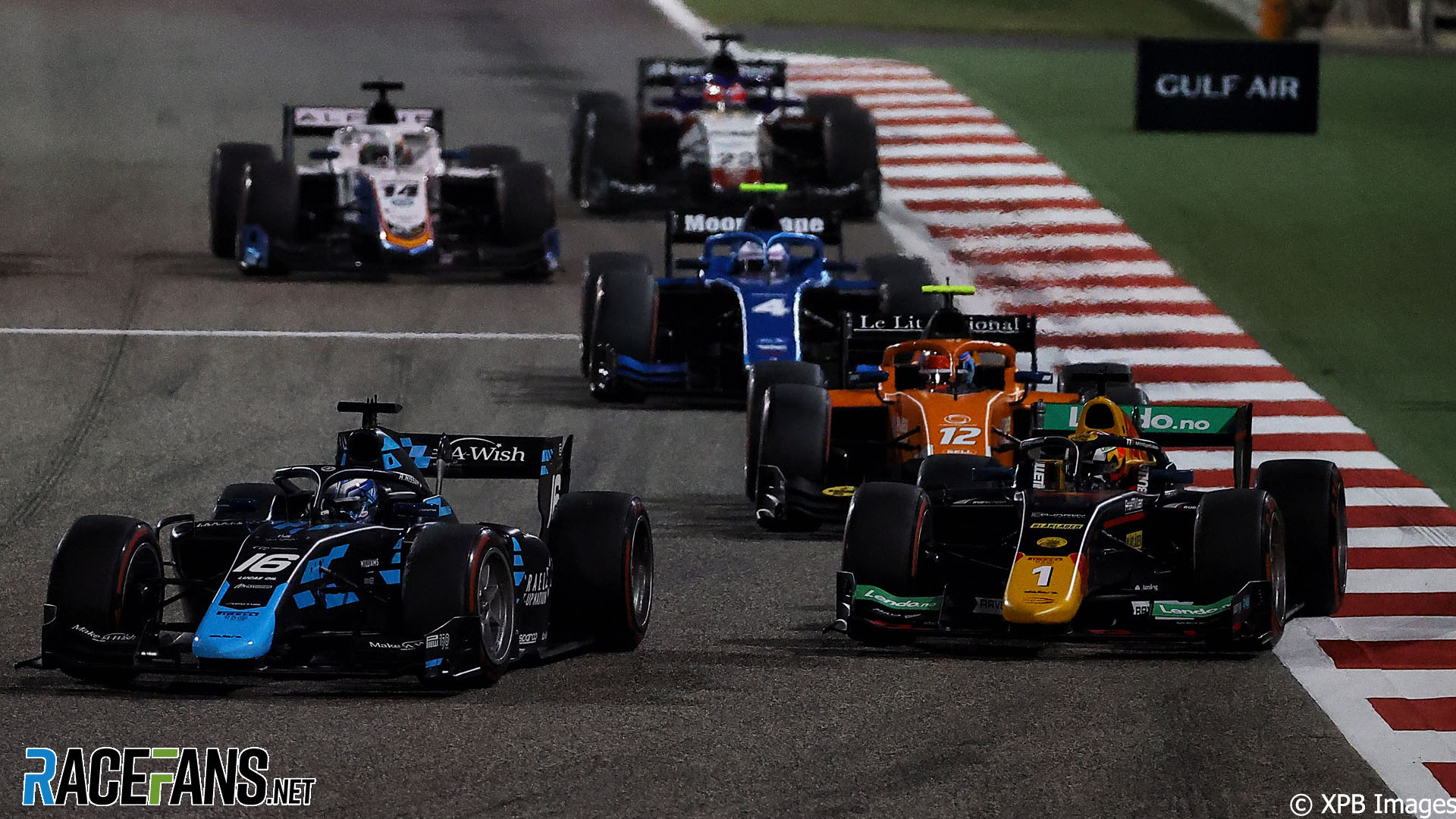 Williams junior driver Roy Nissany has come under criticism from his Formula 2 rivals for defending during the Bahrain feature race.

Sprint race winner Richard Verschoor tore into his rival in a social media after he was taken out of the race in a collision with his rival. Verschoor passed Nissany around turn 13, only for his rival to make contact with him as he moved back towards the racing line.

“This is not racing,” fumed Verschoor. “This is purposely driving someone off the track, not caring whether you will crash. This is over the limit and not acceptable, go choose another sport.”

“It’s honestly ridiculous, he should not have a license,” Verschoor continued. “It’s more than dangerous.”

Nissany also drew the ire of Jehan Daruvala, who also accused the Williams driver academy member of carelessly colliding with him. The pair fought for position through turn four, then Nissany defended firmly into turn five, pulling across the path of Daruvala and damaging the Prema driver’s front wing.

“I was getting by Nissany and he just swerved into me, knocking my wing off,” said Daruvala. “After that the race was pretty much finished. The only positive to take is that we had great pace on options, but apart from that it was pretty much a race to forget.”

The stewards did not investigate Nissany over either incident.

Former F2 driver Raffaele Marciello also criticised the driving standards in the series. “How [can] a team in F1 understand if a driver winning a F2 race is strong or not when the quality of the grid is so bad?” he wrote on social media. “Right now 99% of the drivers in F1 academies are pay drivers anyway.”

“The level in F2 is crazy low,” Marciello stated, “there are some drivers that were against me six years ago.” Ralph Boschung, who has made 81 Formula 2 starts, drove against Marciello in the 2017 season.