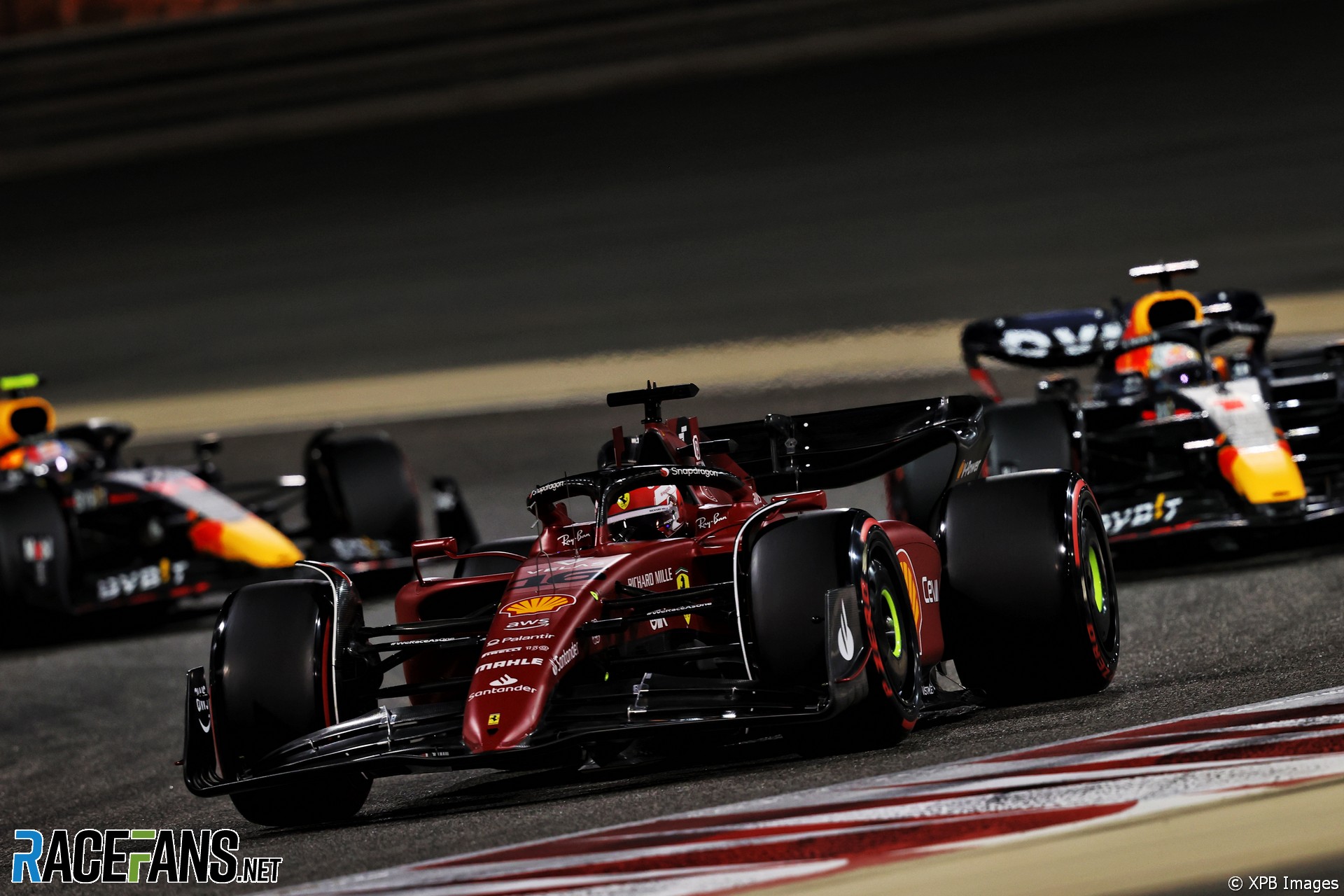 Every year, the first grand prix Sunday dawns with intrigue as Formula 1’s teams and drivers line up on the grid equal on points for the only time this season.

In 2022, the unknowns loom larger than they have for almost a generation – except, perhaps, for the most likely contenders for the first race victory of this longest-ever season.

Throughout the opening two days of the race weekend, the form reflected the pattern that emerged through the two pre-season tests. Ferrari and Red Bull proved all those who had talked them up over the winter months to be correct by jealously hoarding the front two rows of the grid for themselves, barely the click of a pen separating them.

But from fifth position downwards, the sheer volume of potential permutations for how the order could end up after the 57th lap renders this the most unpredictable season-opening in recent memory.

Despite narrowly failing to embark on his championship title defence with pole position, Max Verstappen’s demeanour after qualifying was not one of a driver who was too disappointed to have had to settle for second place. And after his long run pace on Friday evening, in which he was comfortably faster than his competitors, he had every reason for confidence.

“For tomorrow, I think we’ve got a good race car,” he said. “All the time when I’ve been on race fuel, the car has been feeling quite stable and good on tyres, – and that’s, of course, very important.”

But Ferrari have every reason to feel that this is a race they can win also. Despite Charles Leclerc only attempting a couple of race simulation laps during Friday’s evening sessions, preferring instead to focus on the single-lap pace, the pole-winner says he has not sacrificed his race pace in the pursuit of pole position.

“I think we did actually quite a bit of high fuel laps during testing so that’s why maybe we – in second practice – we didn’t do as much as we normally do,” Leclerc explained.

“Our priority was still to get some information on the short runs, which we did yesterday, which definitely helped for today’s qualifying performance but I don’t think we have compromised in any way the performance for tomorrow’s race.”

While Verstappen often only had one Mercedes to worry about last season, he may well have to worry about the Ferrari behind him as much as the one starting ahead. Carlos Sainz Jnr, Verstappen’s first Formula 1 team mate, is pursuing his first grand prix victory. However, he admits to being “not entirely prepared” as he would like to be heading into Sunday.

“The long runs yesterday that I did, I was also slow,” Sainz said. “So that’s my last reference.

“I don’t know if I will manage to translate the qualifying pace into race pace. So, a bit of a question mark there for me. But I will work overnight to try and find out.”

With so much set to be revealed – from the ultimate performance of all 10 teams to whether the new ground effect cars for 2022 really will allow for closer racing – there is one factor that the field appears to agree will be the most crucial in determining the results: tyre degradation.

“The tyre is going to be probably the biggest topic tomorrow. The degradation,” said eighth placed starter Fernando Alonso. “So when you follow too closely, you damage the tyres. I don’t know if it’s clever to be that close, so let’s see.”

“There could be some deg following a car closely,” Sergio Perez concurred. “But it would be interesting how everything turns around, if you are able to stay in the DRS zone. I think none of us really know what to expect for tomorrow’s race.”

Pirelli were surprised that the three hardest compounds they had brought to the Bahrain International Circuit had a higher level of degradation that they predicted over the first two days of running. The lap time deltas between the hard, medium and soft was also greater than expected, leading to Pirelli predicting that a two-stop strategy – two stints on soft and one on mediums – to be the fastest route to the chequered flag.

The relatively closeness of the field behind Red Bull and Ferrari makes the battle for the points almost a free-for-all, with seven teams represented in the top ten starting positions.

If it truly is closer to follow, then the characteristics of the Bahrain circuit – long straights into slow corners – could lead to an early DRS train forming that could keep the field more compacted than typical at the Sakhir circuit. There’s plenty of incentive to those drivers who may find themselves lower down the order take a risk on an alternate strategy.

Braking performance will be key for those late lunges at the end of the main straight, which could make McLaren’s challenging weekend even more difficult as they rely on an interim solution to their brake troubles.

After being the single outstanding talking point from testing, the porpoising phenomenon that affect these new ground effect cars did not seem to play a factor in qualifying. Those who were suffering the most with the excessive high-speed bouncing effect may have set up their cars in such a way to limit the proposing, possible compromising overall lap time as a result, but how much of a toll it will take on the cars and the drivers over 300 consecutive kilometres remains to be seen.

It may be planned to be the longest ever season, but with the expected rate of development being so high, scoring early points could end up making a major difference to teams’ final finishing positions in Abu Dhabi. There’s every incentive to fight for every point, even at this stage. Whoever keeps their tyres and their head in the desert heat will likely start their season in the best possible style.

Who will win the first race of Formula 1’s new era? Will the revised technical regulations deliver from the start?

Become an RaceFans Supporter today and browse the site ad-free. Sign up or find out more via the links belw:

18 comments on “Will new rules serve up a close race? Some suspect tyres may limit potential for passing”