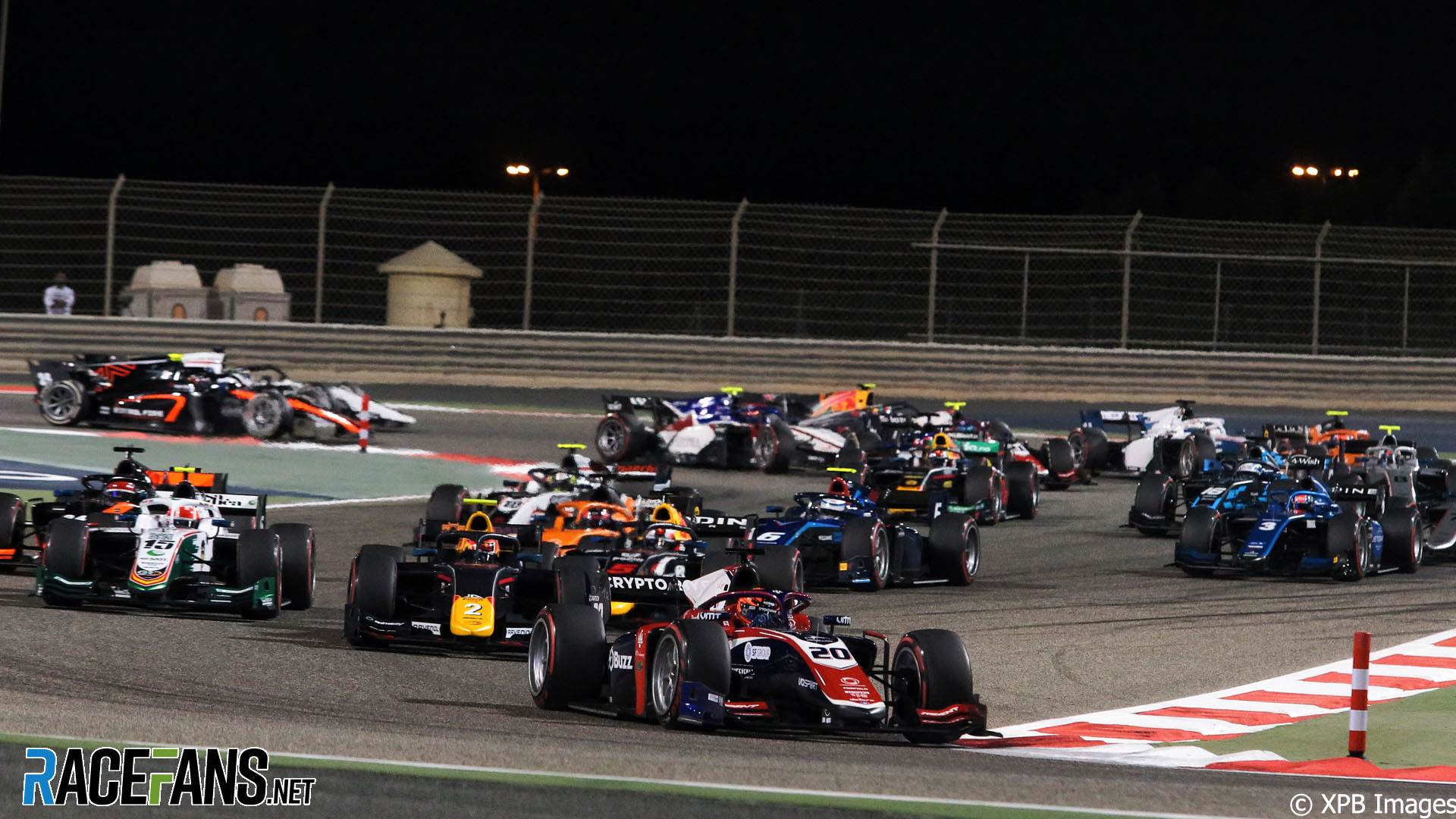 Richard Verschoor has taken his second victory in Formula 2, and Trident’s first victory at this level since 2016, after leading every lap of the sprint race.

Felipe Drugovich started the race on pole, having qualified tenth yesterday. However, he made a poor getaway and fell to sixth within the first few turns. Verschoor, who started alongside him on the front row, immediately grabbed the lead and held it for the first lap.

Hughes slipped down the order until, on lap five, he was overtaken by Marcus Armstrong for tenth. Hughes clipped Armstrong’s rear and sent the Hitech car spinning around on track, triggering a safety car period and forcing Armstrong to retire from the race.

Behind the safety car, Drugovich observed Theo Pourchaire’s car ahead of him leaking oil. When the race restarted at the end of lap six, Verschoor was able to hold the lead, while Pourchaire fell down the order dramatically, dropping to last.

Drugovich took advantage, overtaking Pourchaire and then Jack Doohan ahead of him to take fifth. Pourchaire retired in the pits on lap seven, while Verschoor set a new fastest lap, extending a modest lead of just over a second ahead of Boschung.

Juri Vips pulled off an incredibly late lunge against Doohan into turn one at the start of lap 13. Both drivers had DRS but Vips out-braked Doohan and managed to claim sixth. Meanwhile, ahead of them Drugovich and Lawson continued to battle for fourth.

Daruvala made a move on Boschung down the pit straight, claiming second place just seconds before a Virtual Safety Car period was called. Clement Novalak collided with Hughes, Novalak losing parts of his front wing, forcing the MP Motorsport driver into the pits but not a retirement. Hughes’ race, however, was ended by the contact. Novalak, already relegated to the rear of the race, was subsequently handed a 10-second time penalty for the contact.

The Virtual Safety Car period ended on lap 17. Verschoor got away from Daruvala and Boschung as the two renewed their battle over second place. They went side-by-side through turn four and Boschung emerged ahead. However, Daruvala switched them back the following lap, reclaiming second while Verschoor extended his lead over them to two seconds.

Boschung found himself defending against Lawson, but was unable to hold onto the final podium place. Further back, Ayumu Iwasa, who had started last, was able to take eighth place and move into the points on the penultimate lap.

Verschoor took the chequered flag first, followed by Daruvala and Lawson. There was a yellow flag shown on the final lap, as Olli Caldwell’s Campos retired from the race before being able to see the finish line.

Verschoor now leads the championship, ahead of tomorrow’s feature race, for which Doohan has pole position.