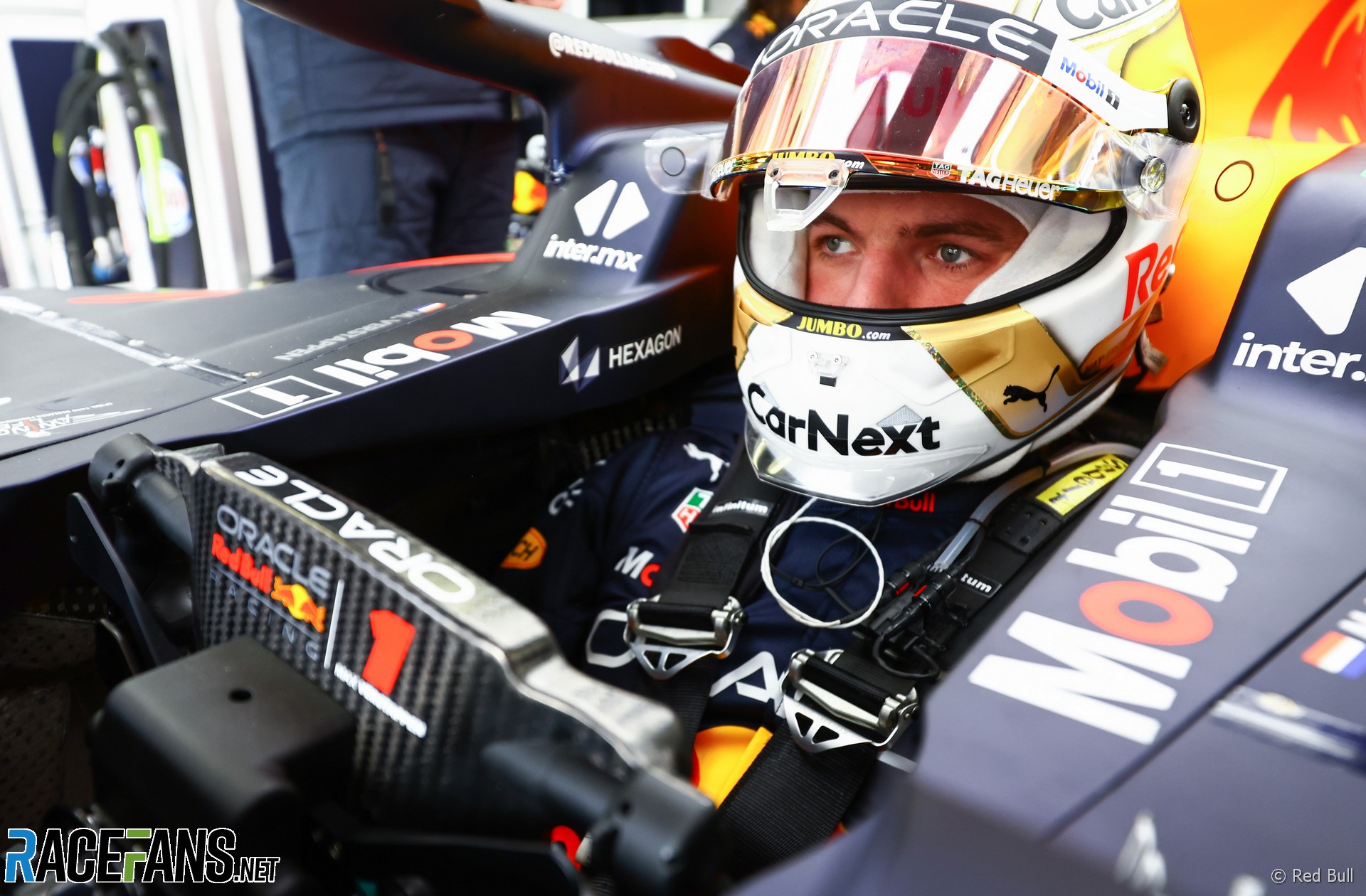 In the round-up: Max Verstappen says his statistics from 2021 show that he deserved the world championship regardless of the controversial conclusion to the season in Abu Dhabi.

Verstappen says he has nothing to prove after winning the world championship last year in a controversial conclusion to the season in Abu Dhabi. The FIA is due to report its final findings from an investigation into the race later today.

Asked if he had a point to prove heading into his title defence in 2022, Verstappen said his achievements last year showed he was a worthy champion.

“I proved that with the most wins, the most poles, the most laps led,” he said. “People forget that. They only look at Abu Dhabi apparently but we have more races than only Abu Dhabi in a season.”

Repeating the success Red Bull enjoyed last year will be difficult, Verstappen added. “If you look at last season, even during that season, I think we could have had more wins and more poles even. But you need a really competitive car to able to do that.

“So it’s going to be really difficult to do something like that again. Of course you always try and do better. So I hope if we have a very competitive car again that we can reach something similar.”

Lance Stroll and Yuki Tsunoda picked up the first reprimands of the new season, both for impeding rivals. Tsunoda was found to have got in Charles Leclerc’s way, while Stroll was deemed to have impeded Tsunoda.

According to the stewards Tsunoda defended his driving saying he “was pushing on an out lap for a long, high-fuel run.

“However, the stewards consider that a driver on an out-lap must always be aware of faster cars approaching and although this did not create a dangerous situation they determine that this is a breach.”

Stroll was reprimanded for holding up Tsunoda after the chequered flag had been shown at the end of the session.

“After both cars had taken the chequered flag at the end of the session, car 18 [Stroll] turned into turn eight whilst car 22 [Tsunoda] was approaching quickly to the inside, unnecessarily impeding car 22 and causing minor contact.

“Driver 18 says he was travelling slowly in preparation for a practice start and was looking in his mirrors but the closing speed from cars behind travelling much more quickly meant he did not see
car 22 when approaching turn eight.

“The stewards acknowledge this, and note that the team did not give the driver any radio warning of approaching cars, but consider that the driver has responsibility for maintaining awareness of cars around them and that this applies equally on the lap after the chequered flag.”

Kevin Magnussen says new team mate Mick Schumacher has made a strong impression on him during their short time together at Haas.

Magnussen was brought in to replace Nikita Mazepin for the 2022 and will race alongside Schumacher as he enters his second season in Formula 1.

“I’ve been very impressed,” Magnussen said of his team mate. “Mick’s someone who won everything on his way to Formula 1. He’s fully deserving of being where he is. I think we’re going to see great things from him in the future.

5 days on the simulator = Absolutely fried 😵‍💫🤯 I never want to see or drive a lap round Bahrain ever again! But… who’s excited for the first F1 GP of the year 🔥

"Lewis has an influence and he can talk to his friends, and he can influence the Bahraini government to reinvestigate and to talk about victims. Maybe find justice for their cases."

Guanyu Is About to Make Formula 1 History (New York Times)

"Zhou, of Shanghai, was five when Formula 1 introduced the Chinese Grand Prix in his home city in 2004. Zhou attended, was hooked and returned one year later waving a flag in support of Fernando Alonso, whom he will now race against."

Like Hamilton, I changed my name to honour my mum (The Age)

"Would Hamilton’s action have been newsworthy if he was female? Of course not. But it matters. It matters because the mother of the seven-time Formula 1 winner raised him from two to 12 (when he went to live with his dad) on her own. It matters that blokes join us on this equality ride."

"Everyone’s a Formula One fan now. The sport gained a whole bunch of new followers during the thrilling title race between Lewis Hamilton and Max Verstappen last year. And with Drive to Survive among the most popular Netflix shows around right now, expect the curtain-raising Bahrain Grand Prix on Sunday to smash previous viewing figures."

"To kick off the latest show, Alex Albon and Nicholas Latifi's trainers, Patrick Harding and Dan Paget, pose questions to each other in Between Two Tyres. We then head to Grove where Williams Esports' latest signing Shanaka Clay talks about life as an Esports Driver, before putting Adam through his paces in the simulator."

To all our users - Kazunori Yamauchi (Gran Turismo)

"Immediately before the release of the 1.07 update, we discovered an issue where the game would not start properly in some cases on product versions for the PS4 and PS5. This was a rare issue that was not seen during tests on the development hardware or the QA sessions prior to the release, but in order to prioritise the safety of the save data of the users, we decided to interrupt the release of the 1.07 update, and to make a 1.08 correctional update. My sincere apologies for the late report to everyone."

With drivers including Sergio Perez, Valtteri Bottas and Carlos Sainz Jnr believing that drivers should be granted the freedom to choose whether to compete if they test positive for Covid with additional precautions, @g-funk questions if allowing the drivers to decide would be a step too far…

The very nature of highly competitive athletes screams they are not unbiased observers of their own condition and will do everything they can to compete at every chance they get regardless of the potential impact to themselves or others. It is part of why they are where they are. They are such fierce competitors that they are able to put the drive to compete and win over everything else. So I for one don’t believe for a second that the drivers would be able to determine on their own if they should be racing if they are ill.

In American sports, the analogue to this situation is in American Football and concussions. If a player exhibits any signs of a concussion they must be examined by a doctor who is independent of the league or teams. This doctor is the only person who can clear a player to return to competition once they exhibit signs of concussions because all too often the player was driven to compete regardless of the harm they may cause themselves or others, the teams were driven by having their key players play and the league was driven by wanting to minimize the seriousness of the concussion problem in the NFL.

I suspect something similar could happen in F1. If an independent doctor cleared the driver to drive, then they would be able to compete. But leaving it up to the athletes themselves is totally unrealistic and will lead to potentially much larger problems.
@g-funk

62 comments on “People forget I had the most wins, they only look at Abu Dhabi – Verstappen”