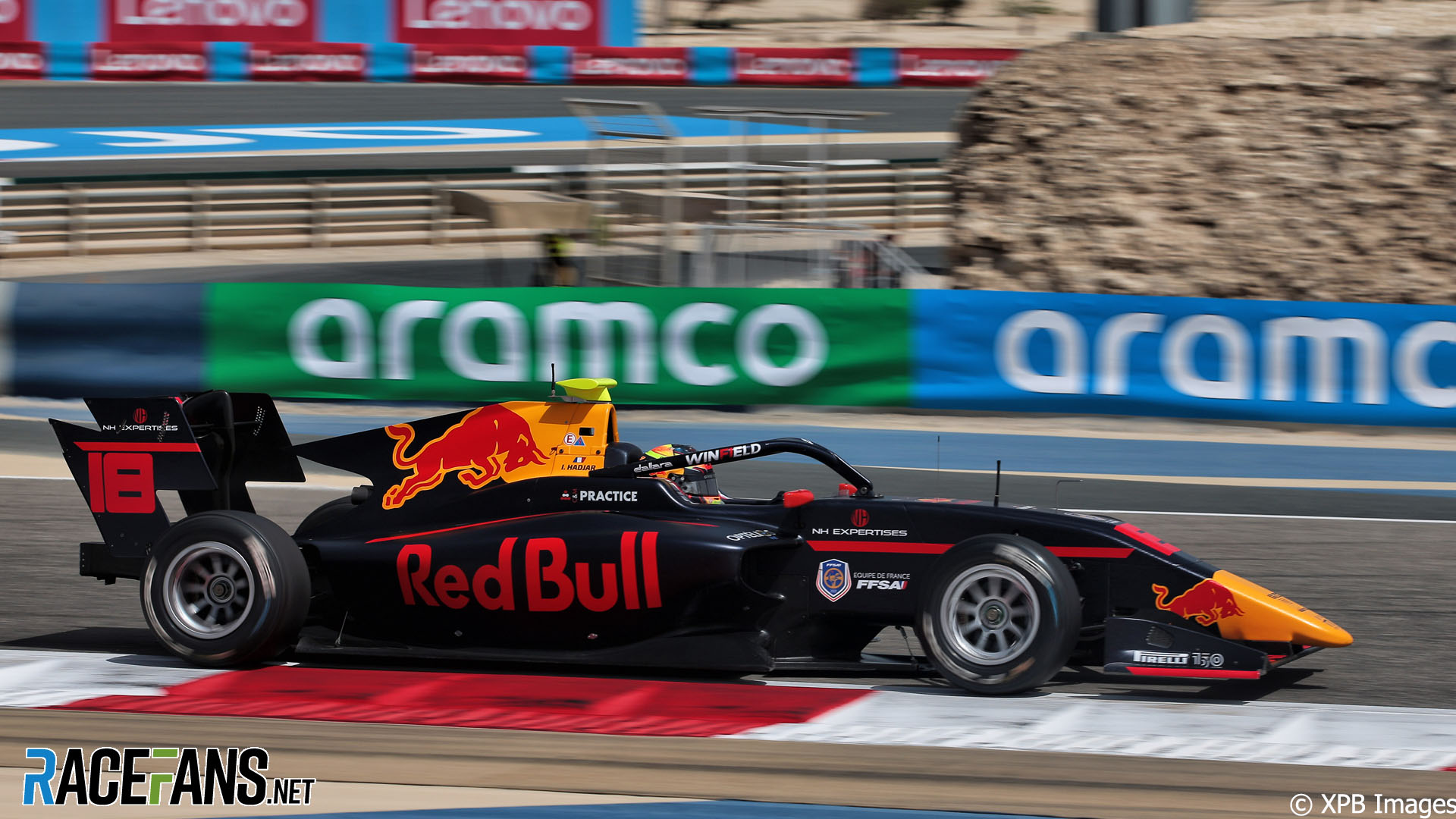 Isack Hadjar has taken the first win of the season for Hitech after Oliver Bearman was penalised for exceeding track limits.

For the partially reversed-grid sprint race it was Zak O’Sullivan on pole, with Ferrari junior Oliver Bearman joining him on the front row for the pair’s first ever FIA F3 races. Kush Maini started from the pit lane, after being relegated by missing the FIA weighbridge when called into it during qualifying yesterday.

O’Sullivan got away with the lead, while fifth-starting Alexander Smolyar was overtaken by rookie Isack Hadjar. Roman Stanek reported on the first lap that he had a puncture. Both he and Franco Colapinto had to pit, sending them to the back of the field despite locking out the front row of the feature race tomorrow between them.

On lap 5, Bearman was able to pass O’Sullivan and take the lead of the race. A lap later, Victor Martins and Gregoire Saucy were forced to go to the ART pits, Martins immediately out of the race and Saucy’s elimination following only moment later

By lap 13, pit lane starter Maini had made up 14 positions to be 16th but was unable to progress much further, finishing the race 15th.

On lap 16 both Hadjar and Smolyar were able to pass O’Sullivan for the podium places behind Bearman as O’Sullivan’s tyres seemed to give out, leaving him vulnerable to Arthur Leclerc.

Bearman was shown the black-and-white flag for track limits on the final lap, while in the lead of the race by more than three seconds from Hadjar. He crossed the line ahead but was issued a 5-second time penalty after the chequered flag, giving Hadjar the rookie win while Bearman retained second, Smolyar taking the final podium place.