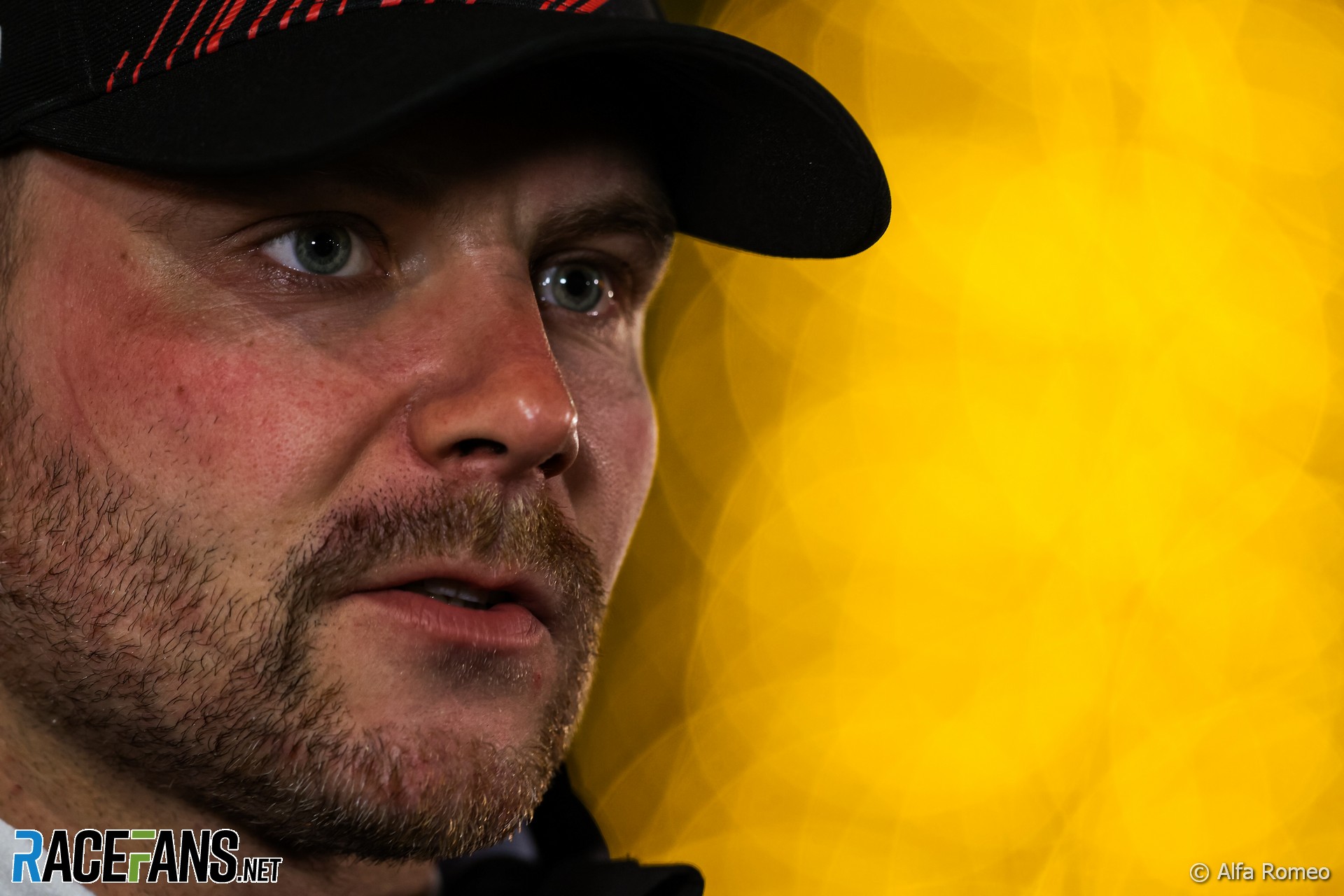 Alfa Romeo are capable of fighting with “any team” on the grid aside from frontrunners Red Bull and Ferrari, says Valtteri Bottas.

In his first qualifying session for his new team, Bottas secured sixth on the grid – Alfa Romeo’s best starting position for three years.

Lining up with just the Ferraris, Red Bulls and Lewis Hamilton’s Mercedes ahead of him, Bottas believes Alfa Romeo have the performance to keep the rest behind.

“I see no reason why we shouldn’t be able to fight with any team, I think,” Bottas said. “Except Red Bull, Ferrari – they seem a bit in their own league – but with the rest, for sure we can fight.”

It was a challenging pre-season for Bottas in his new surroundings as technical problems limited his running during the first test, before he lost the majority of track time in first practice with a misfire. Bottas admitted he was “surprised” to have qualified as high as he did.

“Obviously in testing, when the car worked, we could feel it was not bad,” explained Bottas. “But now after [first practice] issues we haven’t had issues and it’s been smooth. It is really, really nice to see so, in a way, yeah, for sure a bit of a surprise.”

After a difficult couple of seasons for the team where they finished eighth and ninth in the constructors’ championship, Bottas says he is encouraged to see how strong their new package seems to be.

“It was the first session that we would find out where we actually are and yes, it makes me happy,” he said.

“It gives me a lot of hope, instead of if I would have finished P18, it would be the slightly bigger mountain to climb. There’s still a mountain, but it’s not Mount Everest anymore.”