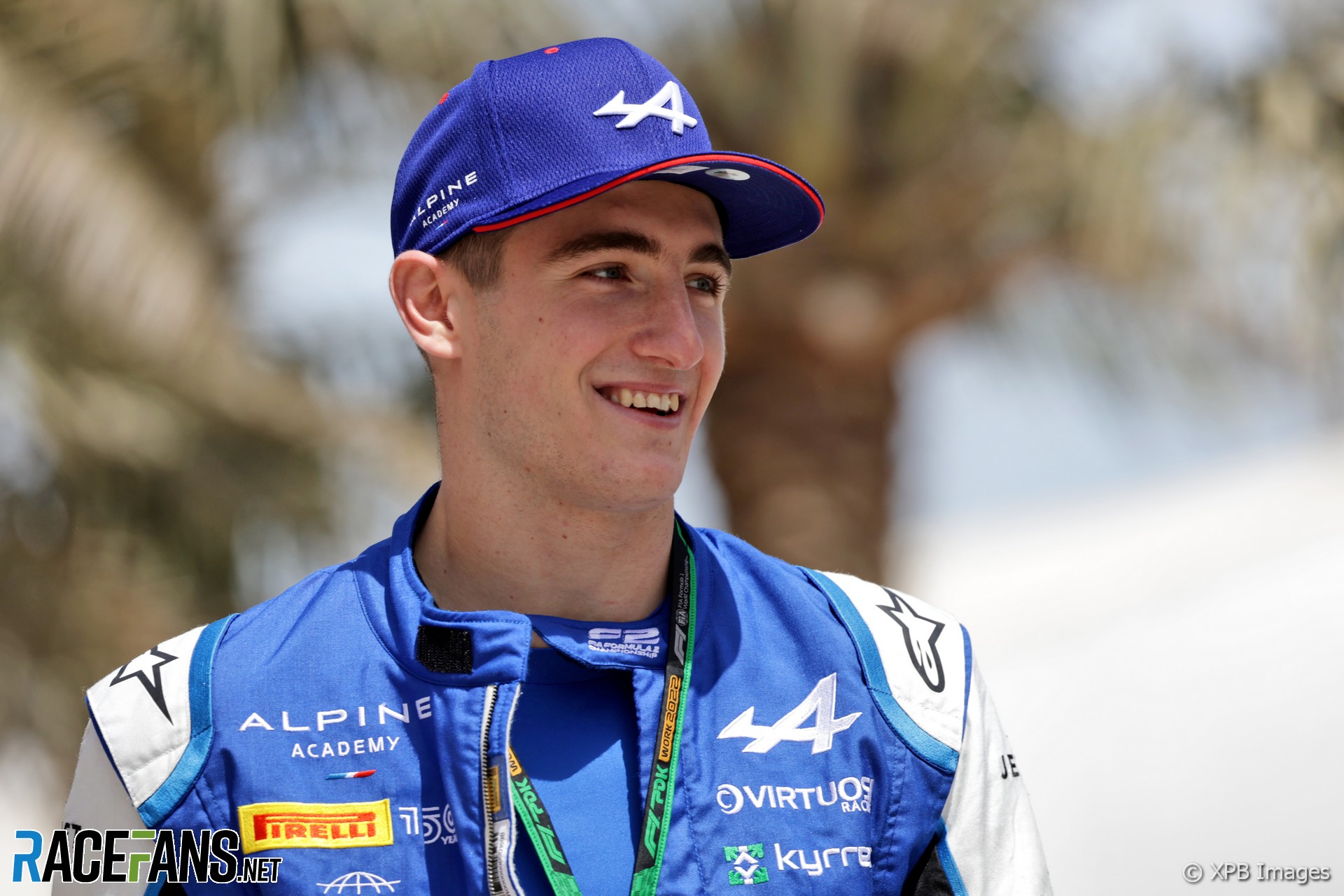 Jack Doohan has taken pole position for the Formula 2 feature race in Bahrain, the Alpine junior beating Theo Pourchaire by more than a tenth of a second.

The first qualifying session of the new season came to a stop within moments of the start when Ayumu Iwasa spun his DAMS machine off at the second corner after he left the pits. The Red Bull junior ended up stuck in the gravel at the exit of turn three.

The session restarted 10 minutes later, the clock having stopped during the red flag. Van Amersfoort, Formula 2’s newest team, were first to second their cars out of the pits.

The team caused a stir by taking pole position on their FIA Formula 3 debut with Franco Colapinto earlier in the day and again looked to set the in F2. Jake Hughes set a benchmark time in the first ten minutes of the session, putting together a 1’41.469 lap before any other driver had dipped below a 1’42.

Felipe Drugovich briefly got ahead of Hughes, setting a 1’41.210. But Hughes did a second push lap on the same set of tyres and crossed the line just after him and improved to a 1’41.121.

Ahead of the final 10 minutes Doohan put together by far the best final sector of any driver, finding an enormous chunk of time. His 1’40.542 looked unbeatable, over half a second ahead of Hughes’ mark.

With just under two minutes remaining the lap times started to seriously fall. Liam Lawson, Ralph Boschung, Logan Sargeant and Juri Vips got ahead of Hughes but all fell short of Doohan. Theo Pourchaire improved to second, only a tenth off Doohan’s lap.

Formula 3 champion Dennis Hauger made a late bid for pole position but had to settle for 14th. Fellow Red Bull junior Jehan Daruvala (one of five in the field) put the final lap of the session in on a track surrounded by cars on a cool down lap and was able to improve from 16th to 7th with a 1’41.115.

Doohan therefore claimed pole and took the first two points of the F2 season. The partially reversed-grid format for the sprint race will see Felipe Drugovich on pole for that race, while Doohan will head the field for Sunday’s feature event.