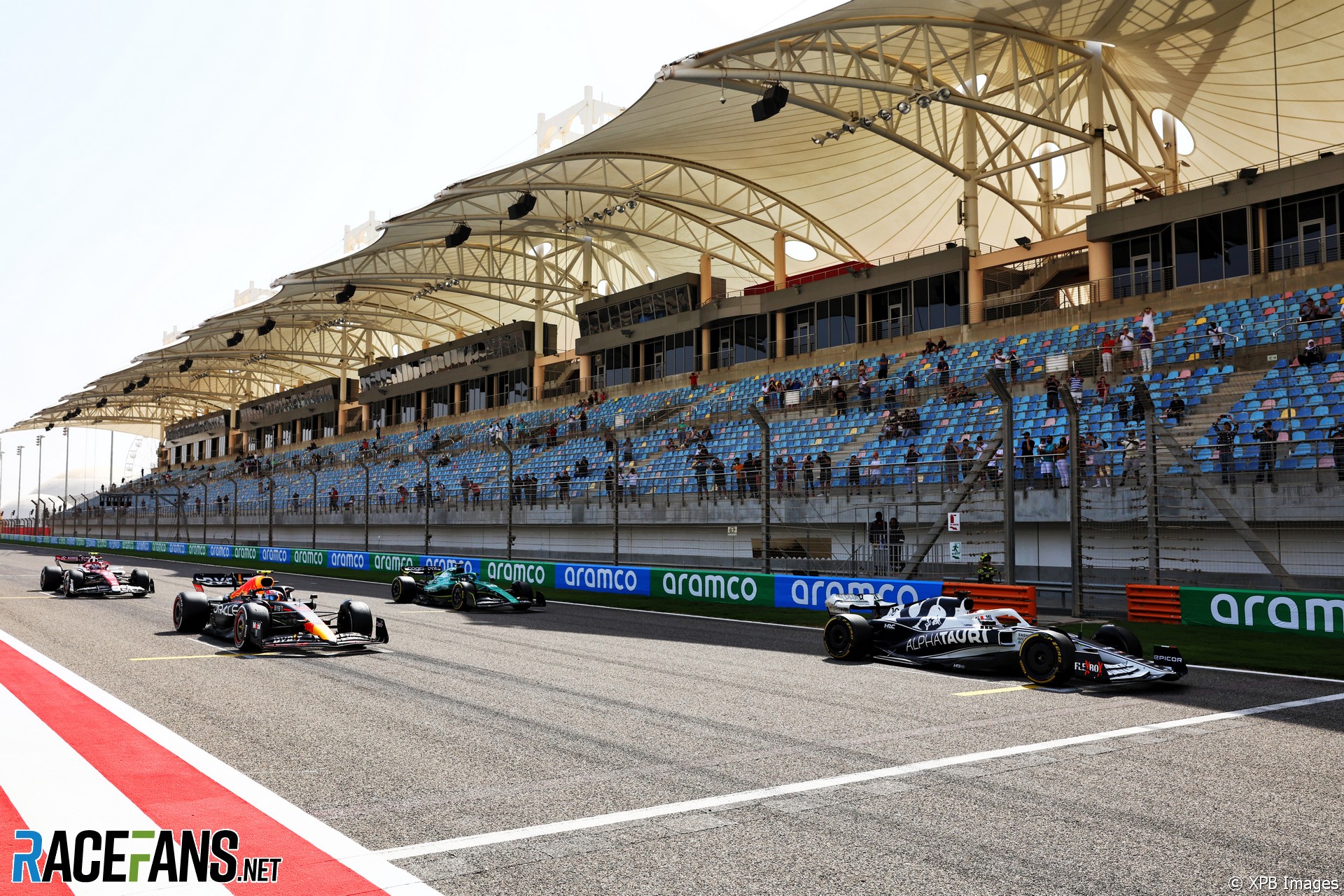 After years of research and development, thousands of hours of computer simulation time and a Covid-induced 12 month delay, Formula 1’s radical new generation of cars will finally face their day of reckoning this weekend.

The opening round of the 2022 Formula 1 world championship in Bahrain is not only the first test of the new ground-effect cars intended to revolutionise racing in the pinnacle of motorsport, it will also be the opening salvo of what is intended to be the longest season in the history of the sport.

Fresh from the final three-day pre-season test at the Bahrain International Circuit last week, here are the biggest talking points heading into one of the most eagerly anticipated season openers ever.

What will FIA’s “final decisions” from Abu Dhabi be?

Before focus can turn solely onto all the promise of this new season, some lingering questions from the conclusion of last year’s controversial climax should finally be answered.

Mercedes, Red Bull, Lewis Hamilton and Max Verstappen have publicly declared the time to move on from the Abu Dhabi debacle has been reached. Nonetheless, Red Bull team principal Christian Horner has continued to fire salvos in the media, last weekend accusing Mercedes of a ‘concerted campaign to discredit’ Verstappen’s triumph.

The FIA is expected to reignite the most explosive debate of recent times when they announce their “final findings” from their investigation into the final laps of last year’s title on Friday.

While the biggest consequences of secretary general for sport Peter Bayer’s investigation into the final lap restart are already known – the replacement of former FIA F1 race director Michael Masi, the appointment of two new race directors and a video-based incident review system – it’s not yet known how much the FIA will reveal about what really happened that fateful Sunday in December.

With the meeting of the World Motor Sport Council taking place on Friday – the day of the opening practice sessions for the weekend – the matter of the Abu Dhabi Grand Prix might finally be put to bed.

As with every first race of a new season, this will be our very first true indication of just how strong – or weak – the performance levels of each of the ten teams are.

But with such dramatic differences in how the cars work under these new regulations, there’s a much higher than normal chance of the established order being shaken up, with last year’s midfield teams rising to become podium contenders and some regular front runners finding themselves further down the grid than usual.

Unlike when Melbourne plays host to the opening round – a low grip street circuit that can throw up wild and unusual races – the Bahrain circuit is a far more typical venue that will reveal a fairly accurate picture of who has made the best start to this new era of Formula 1.

New Mercedes driver George Russell believes that the reigning constructors’ champions are a ‘step behind’ Red Bull and Ferrari, but world champion Verstappen sees little reason to take Mercedes’ words at face value when it comes to their performance relative to their biggest rivals. With many in the paddock predicting that the field could be even tighter this year, it’s likely to be a fascinating weekend.

This weekend sees the culmination of many years’ work by Formula 1 into finally offering a solution to the single biggest issue that has troubled the racing aspect of the sport for decades: the impact of the ‘dirty air’ effect.

Multiple veteran technical figures in the paddock have described F1’s ground-effect revolution as the biggest single rules change during their time in the sport. By reintroducing sculpted undertrays and cutting back on surface level downforce generated from the bodywork of cars, Formula 1 is promising fans the kind of intense, wheel-to-wheel racing action that the series has struggled to produce for so long when compared to other forms of motorsport.

Encouragingly, drivers’ feedback from the two pre-season tests was fairly positive when it came to how closely they could follow other cars without their own grip levels suffering heavily as a result. However, testing only offered limited natural opportunities for drivers to run in close proximity to their competitors, and the true test of whether F1’s new rules package really is as effective as its architects claim it will be will come on Sunday.

While the Sakhir circuit places less emphasis on lateral grip in corners like many other tracks on the calendar, there is still a healthy amount of decent overtaking opportunities offered by the many heavy braking zones at the end of lengthy straights around the course. There’ll be few excuses if we fail to see some close battles through the field in the race.

Will the porpoising problem persist?

The most popular topic of discussion for the technically-minded over the two pre-season tests was the phenomenon of porpoising.

No one had foreseen just how eager these new ground-effect cars would be to bounce wildly at high speed as the immense downforce levels caused headaches for both drivers and designers alike. With the new cars requiring much stiffer suspension settings to generate the most downforce possible, drivers quickly learned in Barcelona that they would be in for a much less comfortable time in the cockpit in 2022.

However, most teams arrived for the second test in Bahrain with a good idea of how to reduce the proposing to more acceptable levels. Ferrari, AlphaTauri and Alfa Romeo seemed able to get on top of the bouncing to a level where their drivers were happy with their cars.

Others, like Mercedes, visibly struggled more with bouncing along Bahrain’s many straights and will likely not be able to introduce a complete solution to the issue by the time the cars run in anger for the first time this weekend.

While many in the paddock expect that all ten teams will be on top of the matter by the time the early phase of the season is over, that still means it might be an uncomfortable first few races for several drivers on the grid. And with the severity of the bouncing being directly connected to how fast a car goes, it may well play a part in the finishing order on Sunday.

Have Haas finally turned a corner?

No team committed themselves to 2022 as early as Haas did last year. After a frustrating couple of seasons, the team brought in a whole new driver line-up and wrote off the entirety of 2021 to prioritise development of the VF-22.

Finishing rock bottom in the standings in 2021 was their reward, but the turnaround that the team had been working so hard for during the new season looked to be under threat when the Russian invasion of Ukraine led to them dropping their title sponsor and their Russian race driver on the eve of the new season.

Their difficult start to the pre-season compounded by them covering the fewest laps of all ten teams by the end of the Barcelona test. Then, their start to the Bahrain test was compromised by a freight delay, causing them to miss the morning session on the first day of running.

However, Haas ensured that they would head into the new season on a far more positive note by putting in some attention-grabbing lap times during their extra running they were permitted to take in the evenings. Returning driver Kevin Magnussen set the overall fastest time of the day on Friday evening, while Mick Schumacher jumped to second in the timings during the extra two hours granted to him on Saturday.

It’s foolish to read too much into these one-off lap times given how little emphasis teams were placing on performance during testing. However, with the midfield pack expected to be bunched more closely than ever by many of the teams, if Haas’ lengthy development time on the VF-22 has given them even the slightest of edges, it could pay dividends at the start of this new season.