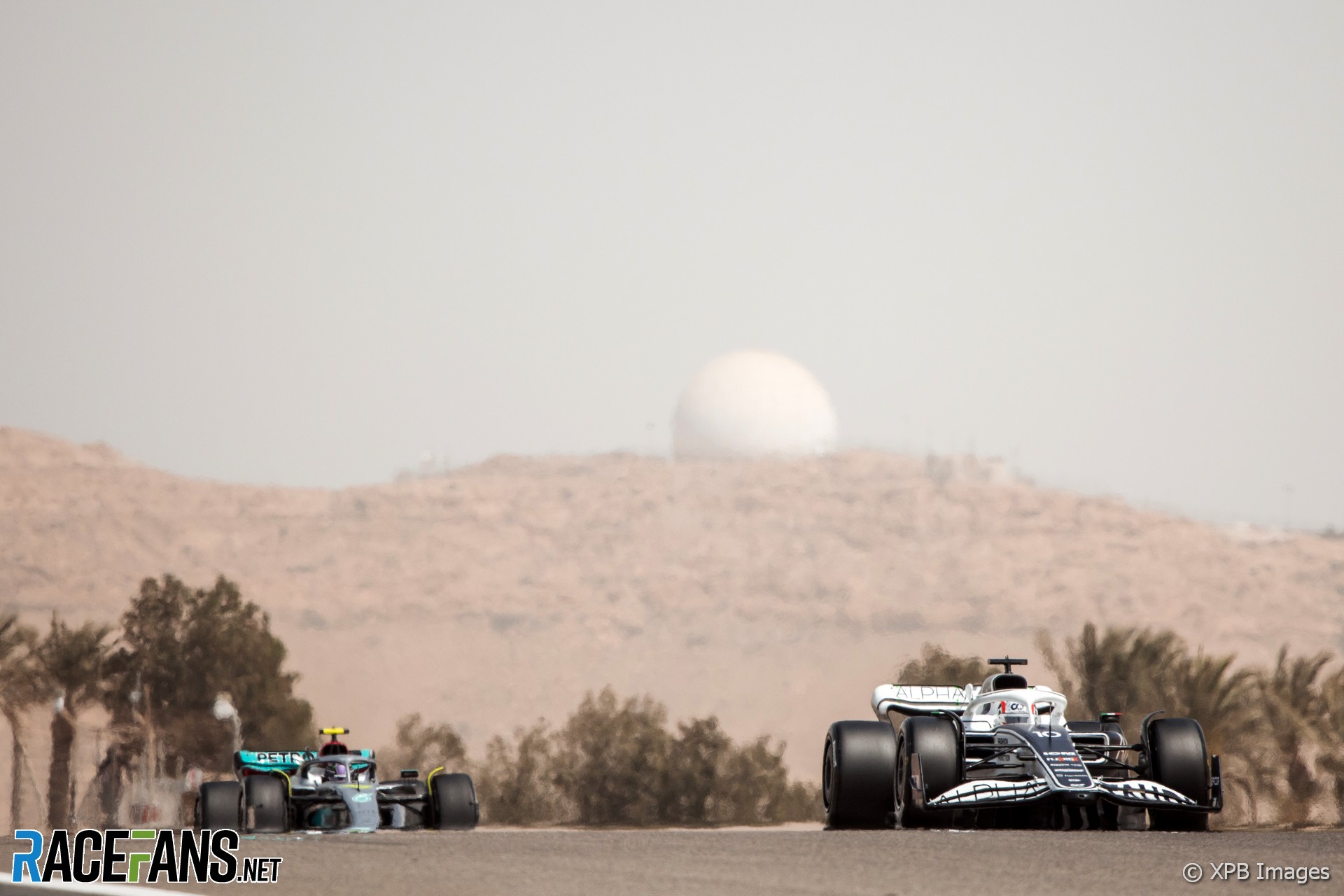 Pierre Gasly is convinced Mercedes will not start the new season as the team to beat after observing Lewis Hamilton’s difficulties in his W13 during testing.

Hamilton said he does not expect the eight-time constructors champions will be in contention for victories from the start of the year. His comments drew a sceptical reaction from Max Verstappen, who pointed to Mercedes having made similar comments after last year’s test, yet won the opening race of the season.

However, Gasly observed Hamilton when the pair ran closely on track and is convinced Mercedes’ problems are real.

“I was quite surprised to be fighting with Lewis for a couple of laps,” he said.

“We know, on our side, we’ve got quite a lot of work to do to improve the performance, to improve the car balance. Clearly I could see Lewis was struggling as well and I think they do have some work to be fighting right at the top.

“But it’s only testing, it’s part of the test and exploring how to get the best out of the car.”

Hamilton’s team mate George Russell said after the test it was obvious to anyone who watched footage from their car the team hasn’t got on top of the ‘porpoising’ problems which many have encountered with the new cars.

“We’re trying to get every last bit performance out of it and just trying to test those limits,” he said. “But it’s bouncing around a lot.

“We do seem a step behind our rivals and we do have a lot of work to do between now and next week to understand because, in every condition, the Red Bull and the Ferrari seem a step ahead of us.”