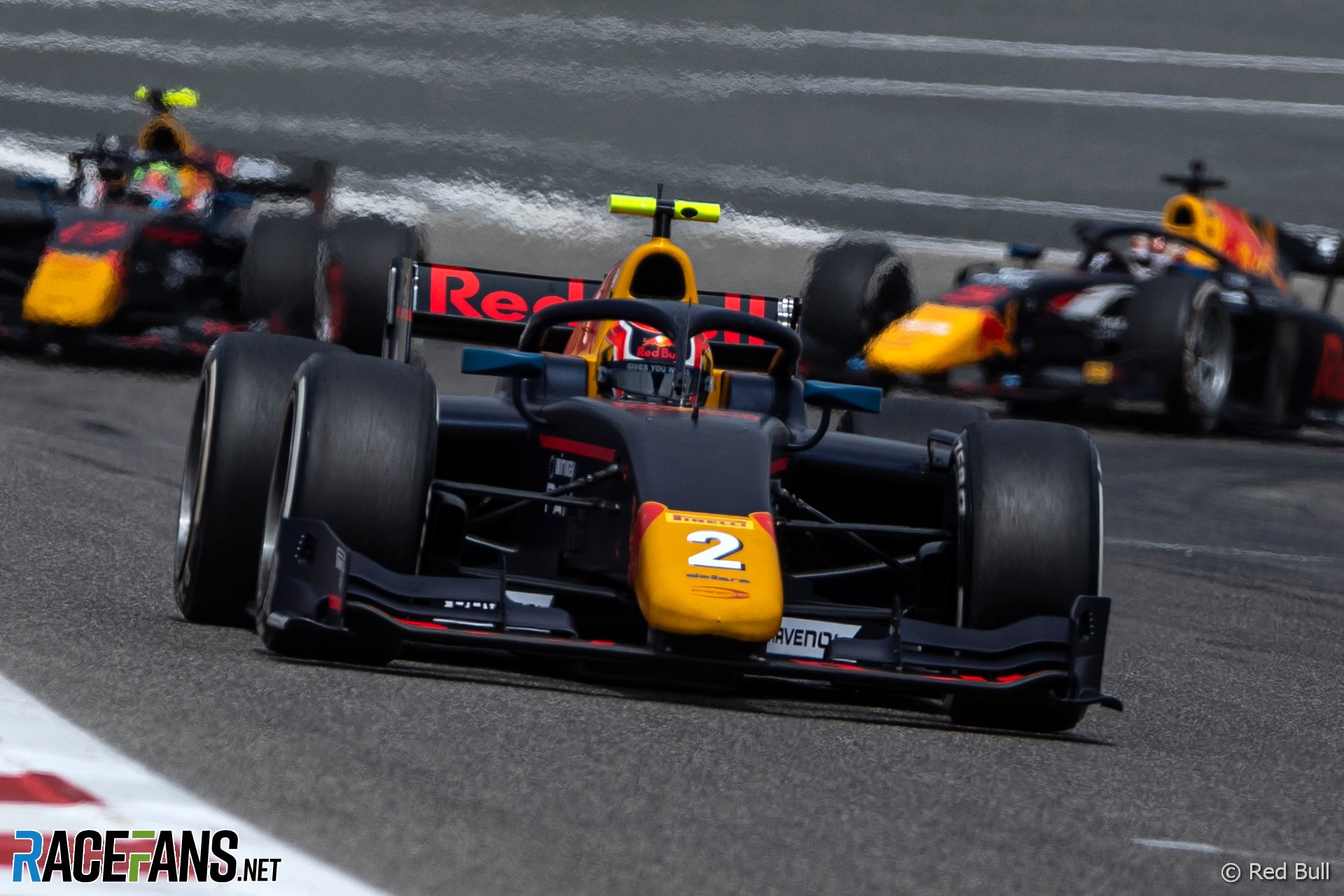 Not only does Formula 1 return this weekend but its two top junior categories, Formula 2 and Formula 3, also begin their seasons at the Bahrain International Circuit.

In the five years since it was rebranded from GP2 into its current identity, F2 has been through some disruptions.

The introduction of a new chassis in 2018 was beset by technical problems which briefly led the series to abandon using standing starts. That was followed by the trauma of 2019, when Anthoine Hubert was killed at Spa-Francorchamps.

Following the further Covid-induced disruptions of the last two seasons, 2022 offers a chance for F2 and its teams to get back on an even keel. After introducing 18-inch wheels in 2020 and then a new, triple-header format in 2021, the series has a feeling of a return to normality this year.

The F2 teams sometimes struggled last year to handle the demands of running three races per weekend, which was also problematic for the series organisers from a logistics point of view. Unlike F3, F2 has pit stops and greater engineering demands, and so a technical problem in practice could potentially ruin an entire weekend, meaning the loss of a vast haul of championship points.

While the technical regulations remain stable, F2 will not quite return to its familiar, feature-followed-by-sprint-race format which it carried over from the GP2 days. The sprint race will take place on Saturday, with the starting grid set by the previous day’s qualifying session with the top 10 reversed. The feature race will continue as normal on Sunday.

In theory, this is being done to maintain the prestige of the feature race by putting it alongside F1’s race. It will also alleviate the pressure on the race organisers as there were also scheduling problems for F2 last year. Trying to fit two races in Saturdays proved a challenge with the limited daylight hours available at some tracks.

The calendar has returned to something more consistent than last year’s, when multiple-month gaps between street races made it look more as though F2 had been repurposed to prepare drivers exclusively for Formula E. Following the loss of the planned round in Sochi as a result of Russia’s invasion of Ukraine, the calendar is currently set to 13 events, but a replacement 14th round is expected to be confirmed in due course. All will be double-headers.

On the grid there’s a healthy mix of returning drivers and rookies. Frederik Vesti, Çem Bolukbasi, Ayumu Iwasa, Dennis Hauger, Calan Williams and Amaury Cordeel are completely new to the series, while Richard Verschoor, Olli Caldwell, Enzo Fittipaldi, Logan Sargeant, Clement Novalak and Jack Doohan are also embarking on what should be their first full seasons.

Teams will be hoping the funding problems that plagued the grid last year will not return. Among those who hit trouble were Verschoor, who had to step down despite winning a race.

The series produced a rookie champion last year in Oscar Piastri, whose inability to graduate immediately to F1 probably said more about the latter than F2. Nonetheless it’s not a desirable looked for a championship which is intended to funnel drivers into grand prix racing. Of its three most recent champions, only Mick Schumacher has moved into F1.

Many of this year’s competitors have good cause to expect they won’t face the same situation if they win the title. That especially goes for Red Bull’s juniors, of which there are no fewer than five in F2 this year. Illustrating how cyclical these things can be, Ferrari had five juniors just two years ago, but have none for the upcoming season.

Among the Red Bull quintet, experienced F2 racers Juri Vips, Liam Lawson and Jehan Daruvala find themselves joined by two more Red Bull junior drivers in Iwasa and reigning F3 champion Hauger. The possibility of an AlphaTauri F1 seat in 2023 beckons for whoever comes out on top.

It’s an unusually talent-stacked grid compared to previous years. In addition to the five Red Bull-backed drivers, Frederik Vesti will be hoping to continue to impress Mercedes, Olli Caldwell and Jack Doohan are Alpine juniors and Logan Sargeant represents Williams’ rebooted academy. F2’s youngest-ever race winner Théo Pourchaire, who was a title contender last year despite being injured in Baku, is backed by Sauber, which runs Alfa Romeo.

While it’s no bad thing to have ‘journeymen’ F2 drivers like Ralph Boschung alongside up-and-coming talent as a benchmark, there have been other, clearly underqualified drivers making the grid in recent years and raising questions about whether skilled drivers were simply being priced out of the ladder. This year, however, even the less hotly-tipped drivers have, for the most part, a credible claim to a seat and that’s reflected in how many of them are backed by F1 team driver academies.

During F2’s pre-season testing it seemed experience was paying off in terms of outright fastest laps; Daruvala topped day one, Lawson day two and Felipe Drugovich day three. However, what was also clear was that to get the absolute fastest times drivers were running overall fewer laps, in order to save their tyres for performance runs, so those further down the order shouldn’t be discounted for having focussed on race mileage.

Potential talent, as Marcus Armstrong’s record in the past two seasons (and on day two of the test) can attest, is unfortunately not enough to mitigate reliability problems or seemingly random acts of racing fate in Formula 2. However, with a much-improved calendar, format and stability in the regulations, 2022 surely represents the best opportunity for all 22 competitors.