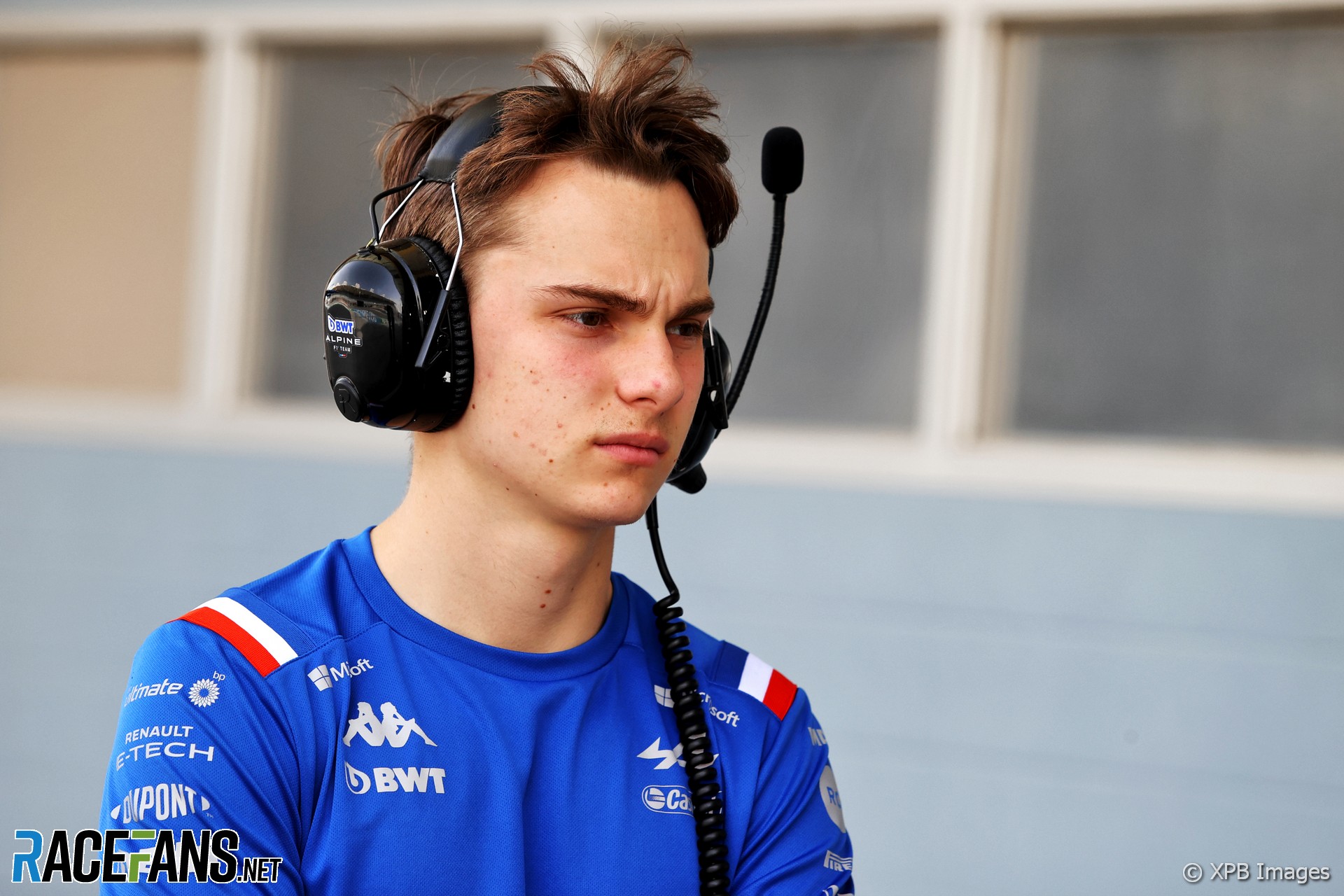 Alpine has announced it has made its reserve driver Oscar Piastri available to McLaren to serve as a substitute for Daniel Ricciardo if needed.

McLaren confirmed yesterday Ricciardo had tested positive for Covid-19. He has not participated in this week’s test in Bahrain after falling ill two days ago.

Earlier today McLaren team principal Andreas Seidl said Ricciardo’s condition is improving and the team expect him to be able to take part in next weekend’s season-opening race. He said the team could call on Paul di Resta or Mercedes reserve drivers – Stoffel Vandoorne and Nyck de Vries – as stand-ins if needed.

Alpine subsequently issued a statement announcing they would make their reserve driver Oscar Piastri available to McLaren if required.

“In the spirit of offering maximum racing opportunities to our stable of young talent, we have agreed that McLaren may call upon BWT Alpine F1 team reserve driver Oscar Piastri in the event one of their drivers is unable to race,” it said. “Oscar will remain fully contracted to Alpine, and we will retain first options on his services.”

McLaren did not approach Alpine regarding Piastri’s services, but will take him into consideration if a replacement is needed for Ricciardo. However the team remains confident Ricciardo will be able to participate in the first race of the season.

Piastri won the Formula 2 championship last year but did not secure promotion to a Formula 1 race seat and will conduct a testing programme for Alpine this year. His former fellow Alpine academy member Zhou Guanyu, who finished third in F2 last year, will make his F1 debut for Alfa Romeo this weekend.

8 comments on “Alpine offer Piastri to McLaren as substitute driver”