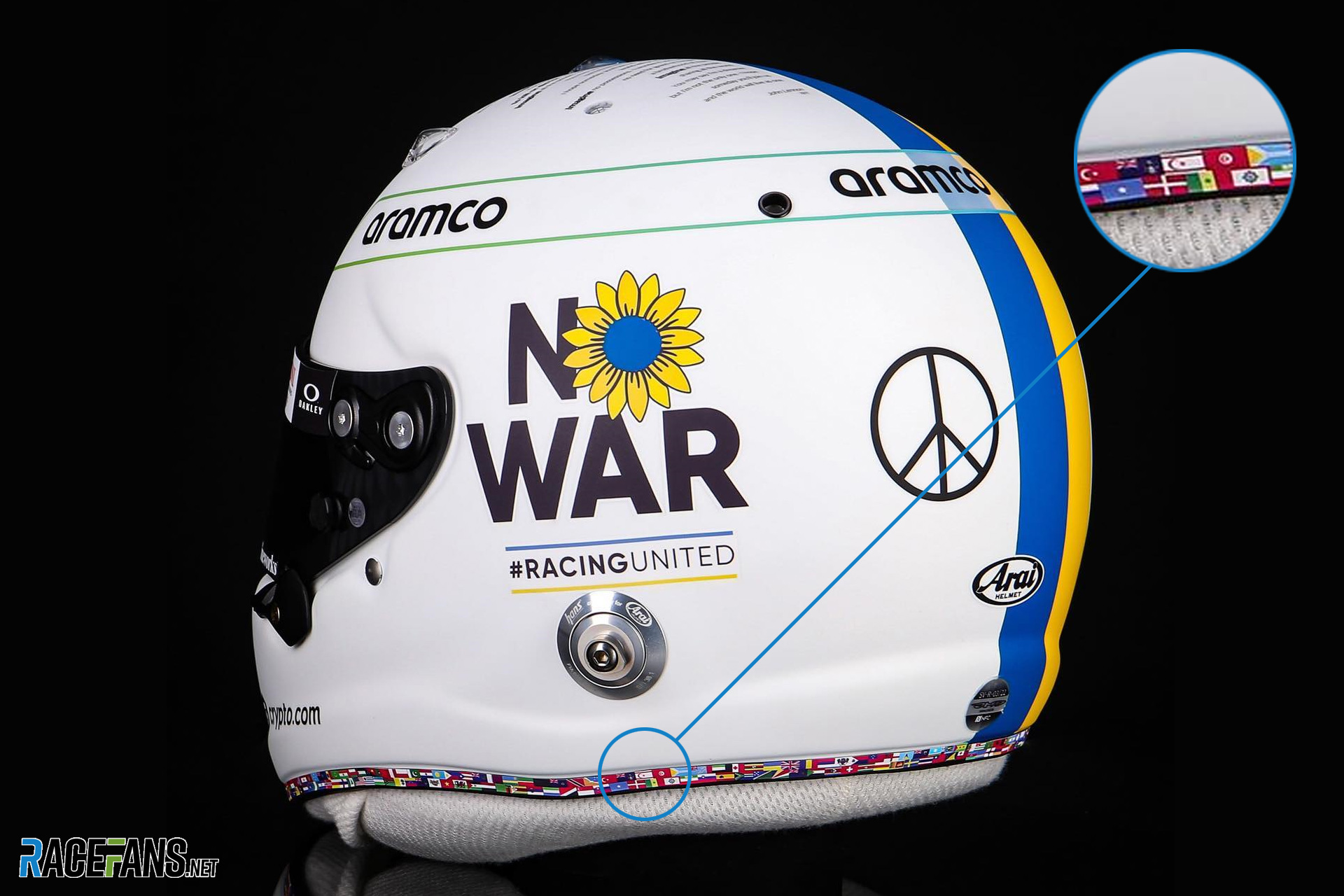 Sebastian Vettel has removed the image of a disputed flag from the special helmet he is wearing at testing in Bahrain after a complaint was made to the FIA.

The Aston Martin driver drew the ire of the Cyprus Automobile Association after featuring the flag of the self-declared Turkish Republic of Northern Cyprus on his helmet.

The territory, formed after the annexation of part of northern Cyprus, adopted the flag after declaring its independence in 1983. However its identity is only recognised by Turkey.

Vettel revealed a special helmet design at the start of testing in Bahrain yesterday. It features the message “No War” and draws attention to the conflict in Ukraine using the country’s blue and yellow colours.

The base of the helmet also features representations of many different flags. Among them is the flag of the Turkish Republic of Northern Cyprus. Its white background and red details resembles a Turkish flag with the colours reversed and two additional horizontal stripes.

The Cyprus Automobile Association, an FIA member club, said in a statement it has contacted the sport’s governing body to complain about the helmet. It called for Vettel to remove the flag and urged the FIA to fine the driver and his team, Aston Martin.

An Aston Martin spokesperson confirmed to RaceFans on Friday evening the flag image has been removed from Vettel’s helmet.

The dispute over the Turkish Republic of Northern Cyprus has caused aggravation for the FIA before. At the 2006 Turkish Grand Prix race winner Felipe Massa was awarded his trophy by Mehmet Ali Talat, who was presented as the ‘president’ of the disputed territory.

The Cypriot government condemned the action as “an unacceptable and provocative piece of theatre”. The FIA agreed, and president Max Mosley fined the race organisers £2.66 million ($5m), which at the time was the largest such financial penalty ever handed out in motorsport.

Two years ago Lando Norris decided not to wear a special helmet he had produced for the Belgian Grand Prix after discovering it included an insignia which had been adopted by a far-right political party.