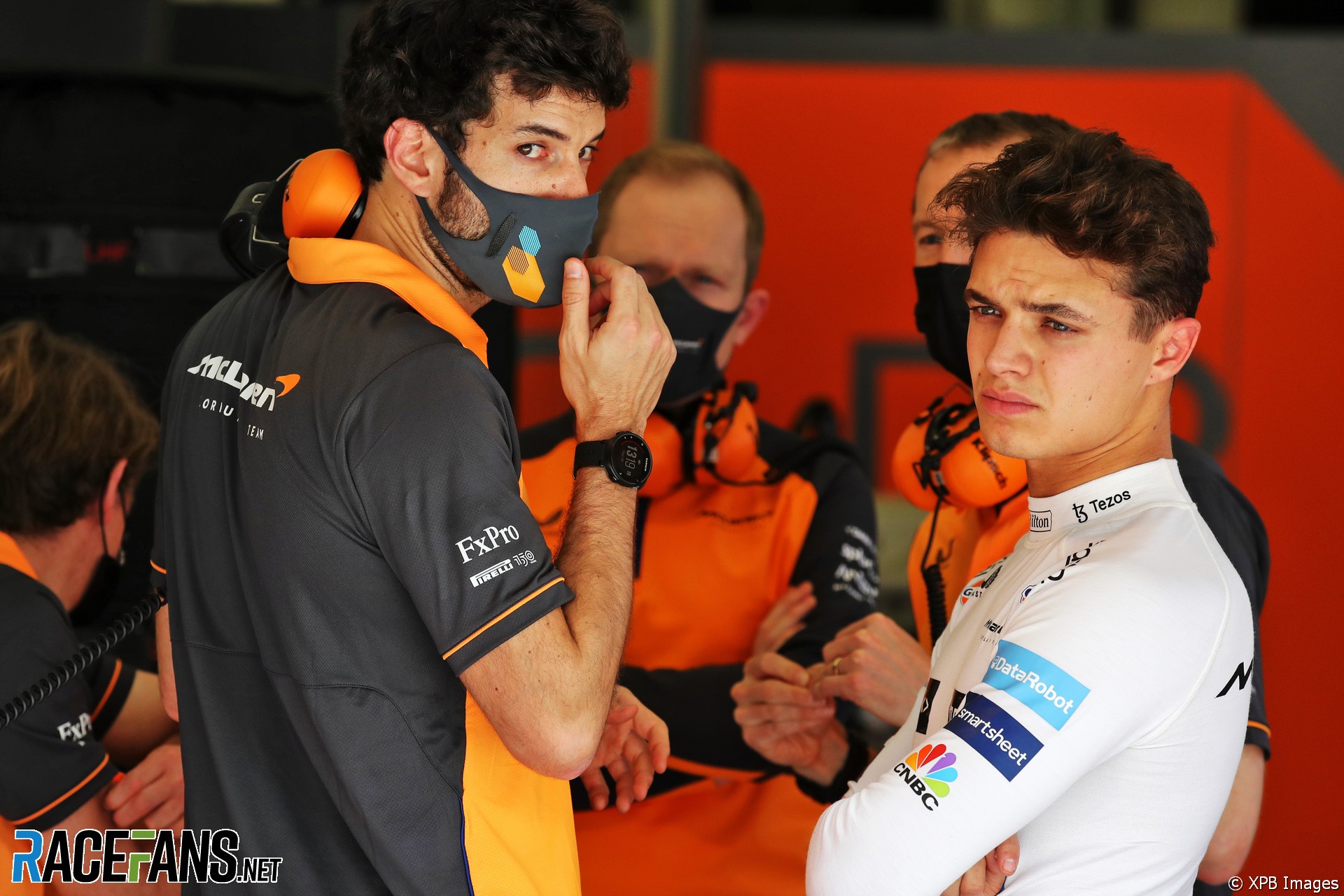 Lando Norris will spend a second consecutive day testing for McLaren as his team mate is unwell.

Daniel Ricciardo was due to drive the MCL36 yesterday but pulled out after developing an unspecified illness. McLaren say the driver has had several Covid-19 tests as a precaution, all of which have produced negative results.

Norris, who covered 50 laps on day one of the test yesterday, will therefore remain in the car today. His team mate was also unable to take part in the pre-season photo shoot involving the other 19 drivers on Thursday.

“Daniel Ricciardo began feeling unwell yesterday morning, and while showing signs of improvement, the team will continue to assess him before he resumes driving duties,” said McLaren in a statement.

Meanwhile Haas has confirmed how it intends to recover the four hours of running it lost yesterday morning due to a delay with its freight arriving at the Bahrain International Circuit. The team was given permission to extend its running on Friday and Saturday, though a proposal for it to run on Sunday was rejected.

Haas will do a single extra hour of running with Kevin Magnussen at the end of today’s session. On Saturday it will begin testing an hour earlier than rival teams, at 9am instead of 10am, again with Magnussen in the car.

They will continue lapping for two further hours after their rivals finish pre-season testing on Saturday evening. Mick Schumacher will be at the wheel for its final runs.