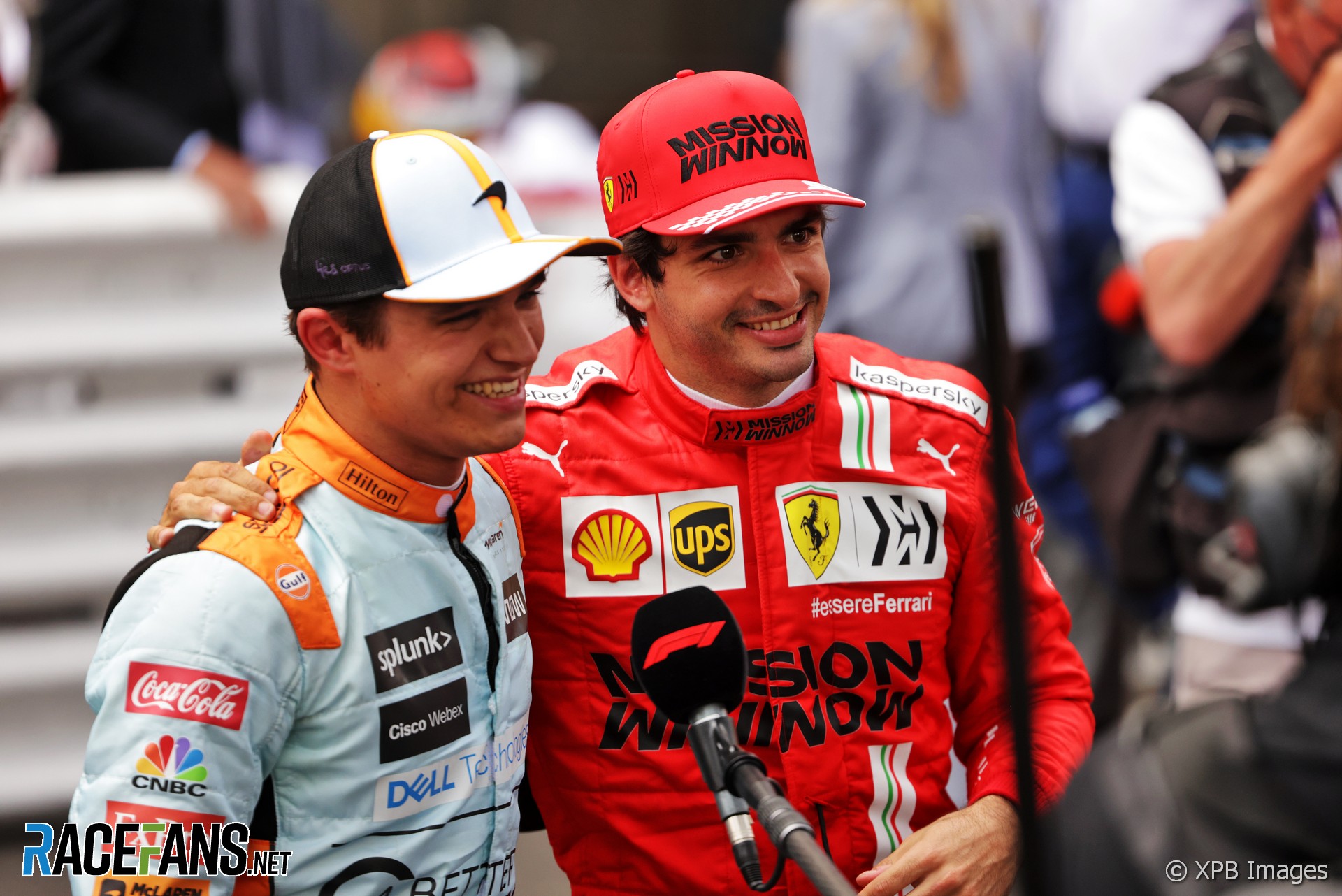 Carlos Sainz Jnr says Netflix’s Drive to Survive is “good for the sport” despite the show going “too far” in how it portrayed his relationship with Lando Norris.

The fourth series of the Netflix documentary series was launched today. The fly-on-the-wall show recaps some of the major storylines from the 2021 F1 season with behind-the-scenes footage and confessional interviews with drivers and team personnel.

However previous seasons have attracted some criticism from viewers who claim it excessively dramatised and misrepresented some events. This included the relationship between Sainz and former McLaren team mates Lando Norris,which was portrayed as being more combative and abrasive than many fans felt was accurate.

Max Verstappen’s concerns over the show’s portrayal of drivers prompted the world champion to refuse to participate in filming for the Drive to Survive. However Sainz says he sees the positives in the show and believes the producers will react to fans’ criticism for future seasons.

“I think in the case of Lando and I, it was pushed a bit too far,” Sainz said. “Basically all the fans that know Formula 1 – there are a lot, especially now as we are followed so much around the world – realised that Netflix went, probably yes, too far with Lando and me.

“But I do believe Netflix know it and they are capable of correcting and catching mistakes and they will re-adapt and maybe try and make it a bit more realistic, in that sense.

Fernando Alonso, who participated in an Amazon Prime documentary series Grand Prix Driver with McLaren in 2017, says he is “not a big fan” of taking part in media commitments that provide access to drivers beyond those that they must attend at the track.

“Until now I had other commitments with Prime Video and Amazon, so I could not do too many things outside of that,” said Alonso.

“I know it’s a good thing for the sport, but we are already extremely busy with our teams, with our sponsors. So it’s not easy to give the time to them. I think we give a lot of access already in the paddock that outside of the circuit, I’m not a big fan.”